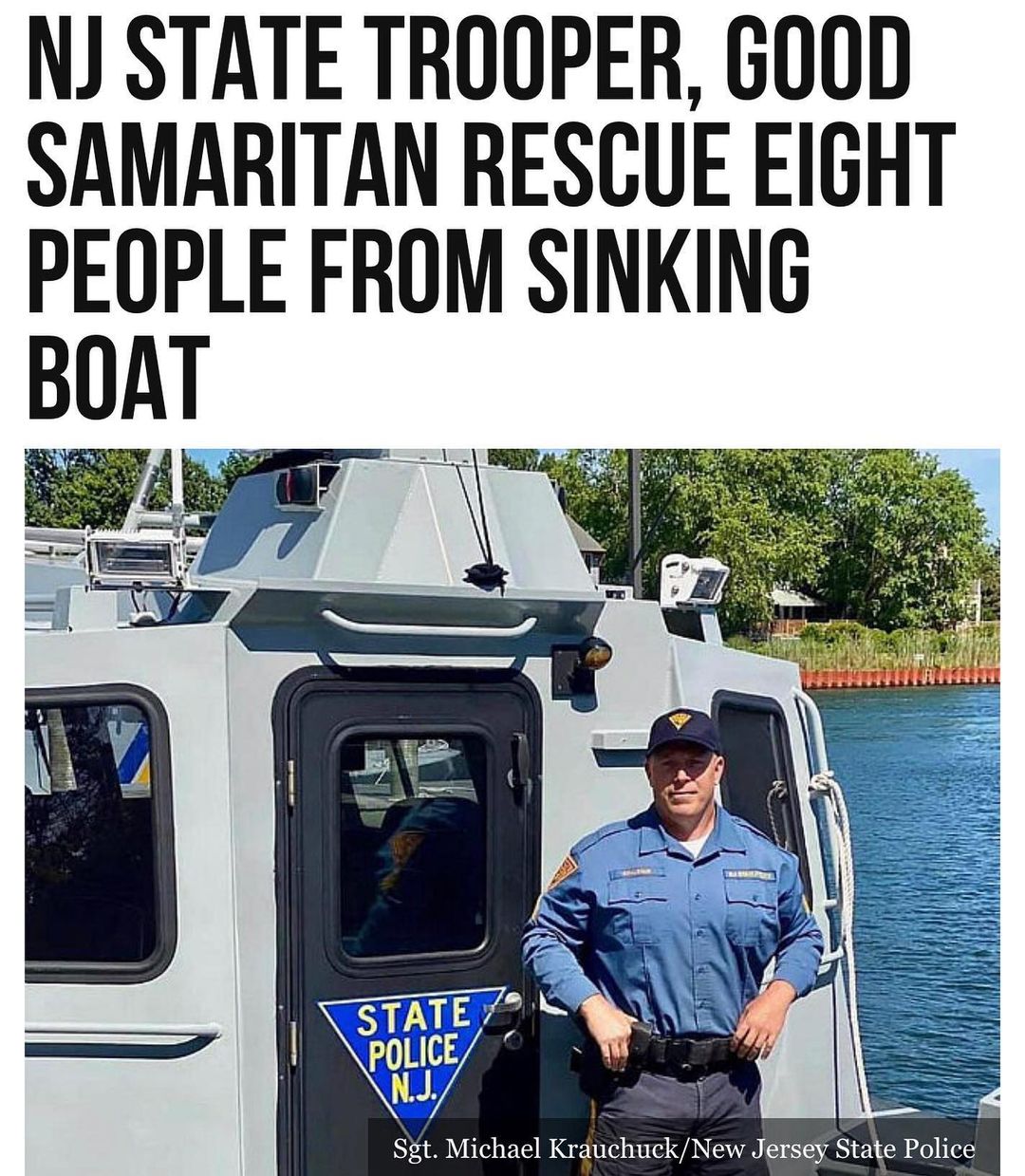 A #NewJersey State Trooper and a Good Samaritan are credited for rescuing eight people from a sinking boat at the New Jersey Shore last weekend, state #police said.

The 26-foot boat was in the Point Pleasant Canal when it began to take on water around 5 p.m. on Sunday, the Associated Press reported.

WOBM reported that State Police from the Marine Services Bureau in Point Pleasant Station received a call around 5:08 p.m.

A #GoodSamaritan in the area helped five people on the boat get to shore while the operator and two others stayed on board to try and dock the vessel. However, their efforts were futile because more water was coming onboard.

Sgt. Michael Krauchuck responded to the call and was able to secure the sinking ship to his State Police boat. Krauchuck noticed the three people on the sinking vessel and knew he had to act quickly to save their lives, so he pulled all three people aboard his police vessel and cut the ties before the boat sank.

All of the vessel’s occupants received a medical evaluation at Point Pleasant Station by EMS personnel. No injuries were reported.

It is unclear what caused the boat to sink in the first place.

This was the first of two reported rescues to take place at the Jersey Shore this week by police officers. Two Marlboro Police Department officers saved the life of a teenage girl stuck inside of a burning vehicle on Monday night after a car collision.

Trump’s vision of American greatness at center of convention