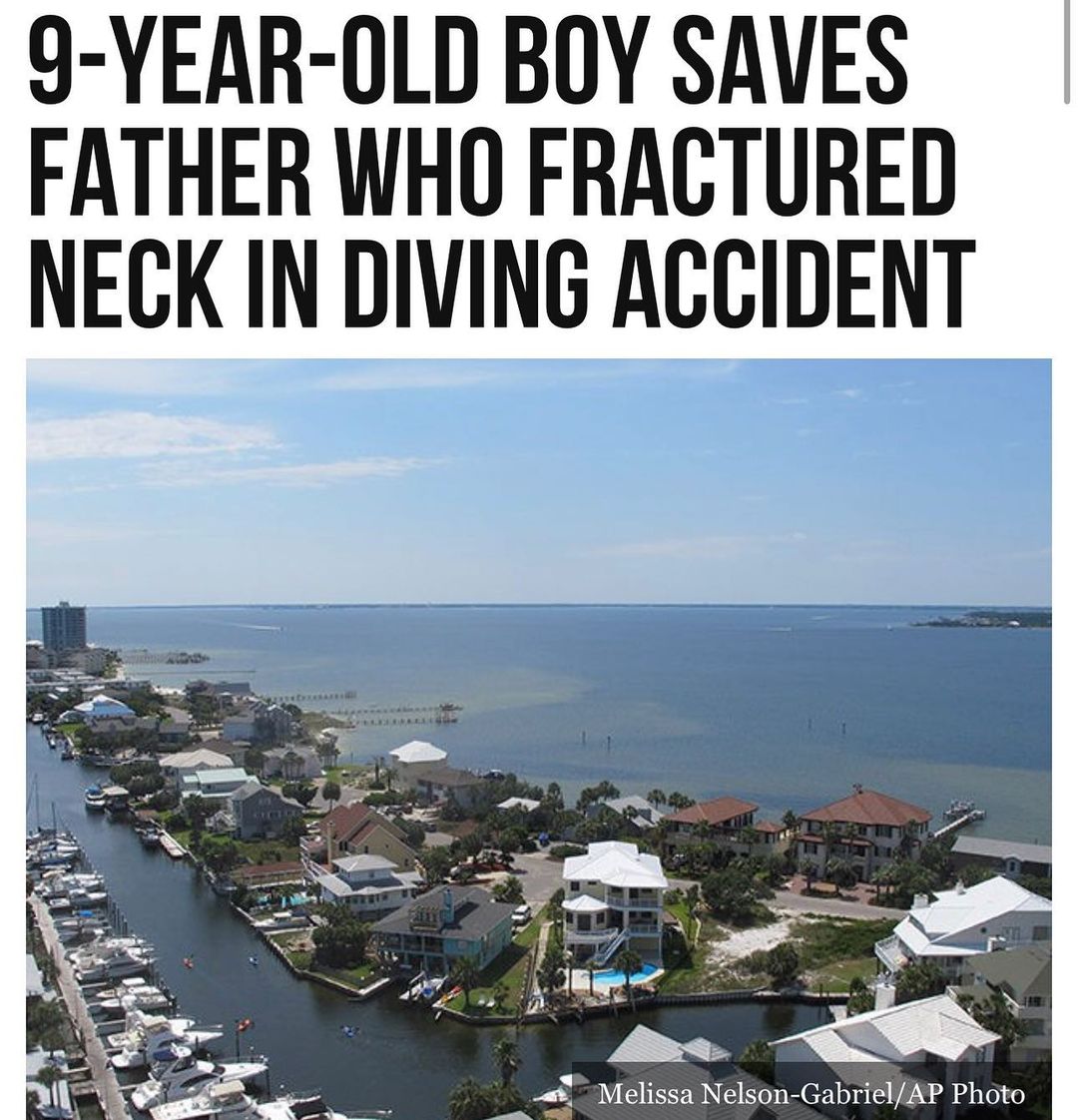 A nine-year-old boy from #Florida is being hailed as a hero after saving his father, who fractured his neck while diving into the #SantaRosaSound in Florida on Saturday.

“All I remember was that he said he broke his neck, and he said he was scared,” Asaih Williams told the Pensacola News Journal on Wednesday.

Asaih, who has never been formally trained as a lifeguard, knew something was amiss when his father, Josh Williams, did not surface after he dove into the shallow waters of the Santa Rosa Sound.

Asaih says he gives someone a time limit when he goes diving with someone before he goes after them to help.

“I had a little time limit in my head. If I jump in and the person I’m jumping with in that certain amount of time (doesn’t come up), I go after them,” he said.

Despite there being a 100-pound weight difference between the two of them, Asaih was able to turn over his dad, who was face down, to prevent him from drowning and help him stay afloat while he slowly dragged him ashore.

Josh Williams was taken to the hospital with a fractured neck and underwent spinal fusion surgery on Monday.

The Journal reported that Josh’s injuries are not expected to be life-altering, and he will not require the use of a wheelchair, but he is still trying to regain feeling in his legs and arms. #binspirednews