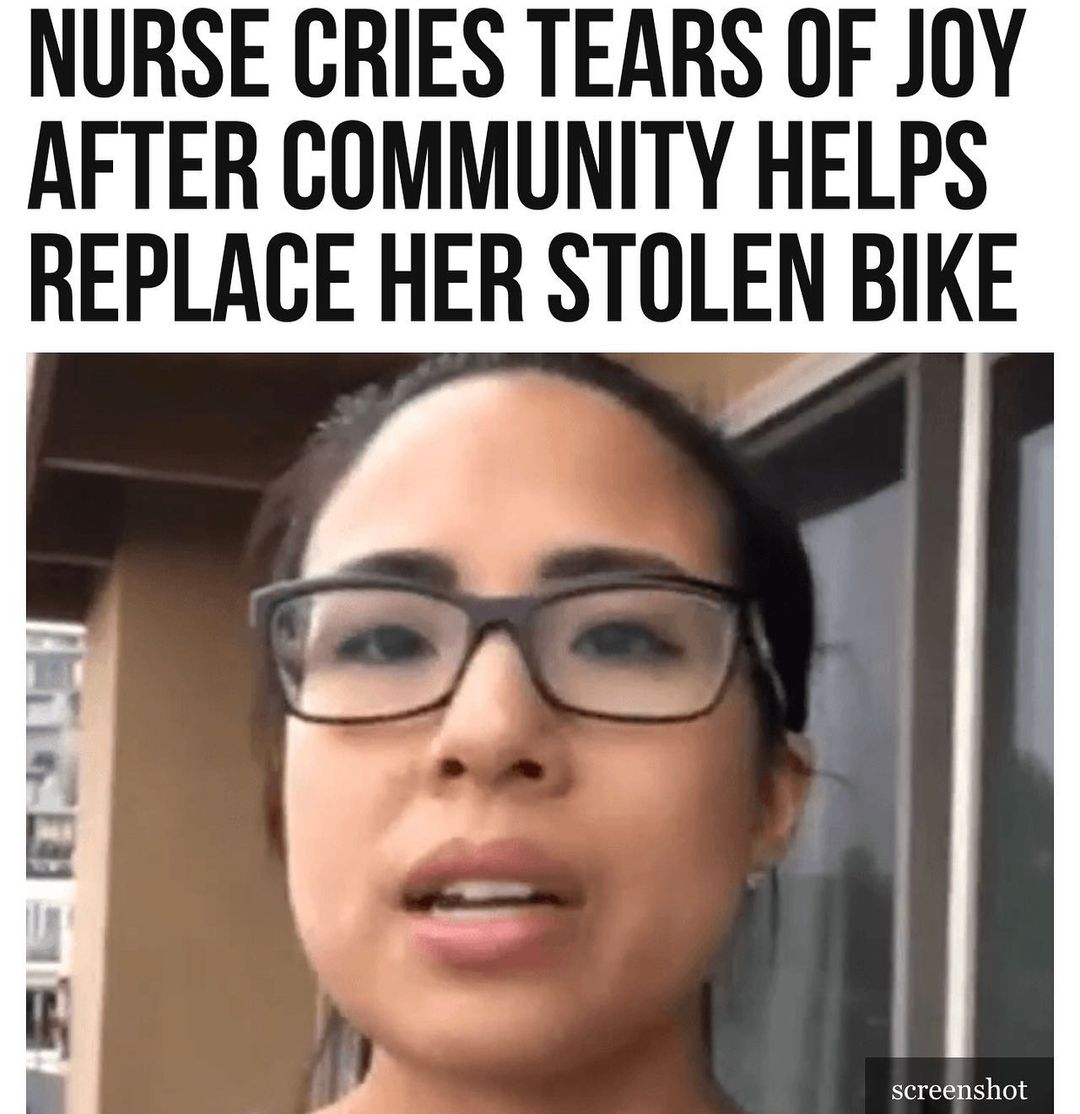 A #nurse in #SanFrancisco, #California, is thanking her generous community members for their recent act of kindness.

When nurse Vanessa Nguyen finished her 12-hour shift at #UCSFBenioff Children’s Hospital Tuesday, she was saddened to find that her bike had been stolen from the hospital’s garage. “I was shocked, felt violated. I was angry, I was sad, but I would say like the shock was like a solid hour. Like, I couldn’t even talk,” Nguyen said, adding that it had been locked up with other bikes inside a caged area.

The bike was her only mode of transportation and she rode it to work every day. “I was exhausted and I just wanted to go home,” she recalled.

When Nguyen posted about her experience on social media, ABC 7 reporter J.R. Stone saw it and also posted photos of the bicycle on his own social media pages. “Who does this??? Who would steal from a frontline worker???” he remarked on Facebook.

Within hours, dozens of neighbors said they wanted to help Nguyen by offering bicycles or money to buy her a new one. “I have an extra bike with a basket and lights but the basket is in the front. I’ll send you some pics. I would love to gift it to her. We bought some years ago. Free to her,” wrote one Facebook user. “I’d help donate too [sic] purchase one for her. Please let us know!” another commented on Twitter.

Nguyen met up with two neighbors on Wednesday to look at their extra bikes and ended up taking one of them home with her.

Stone later shared a video of the nurse thanking everyone who offered their help during her time of need. “I generally don’t ever ask for help. I’m usually the one helping others, so to have someone want to help me instead was just really nice,” she said. “To have the kind of outpouring of love from people who’ve never met me was just like, really touching.” #binspirednews

EU hit by new crisis, this time over money and values