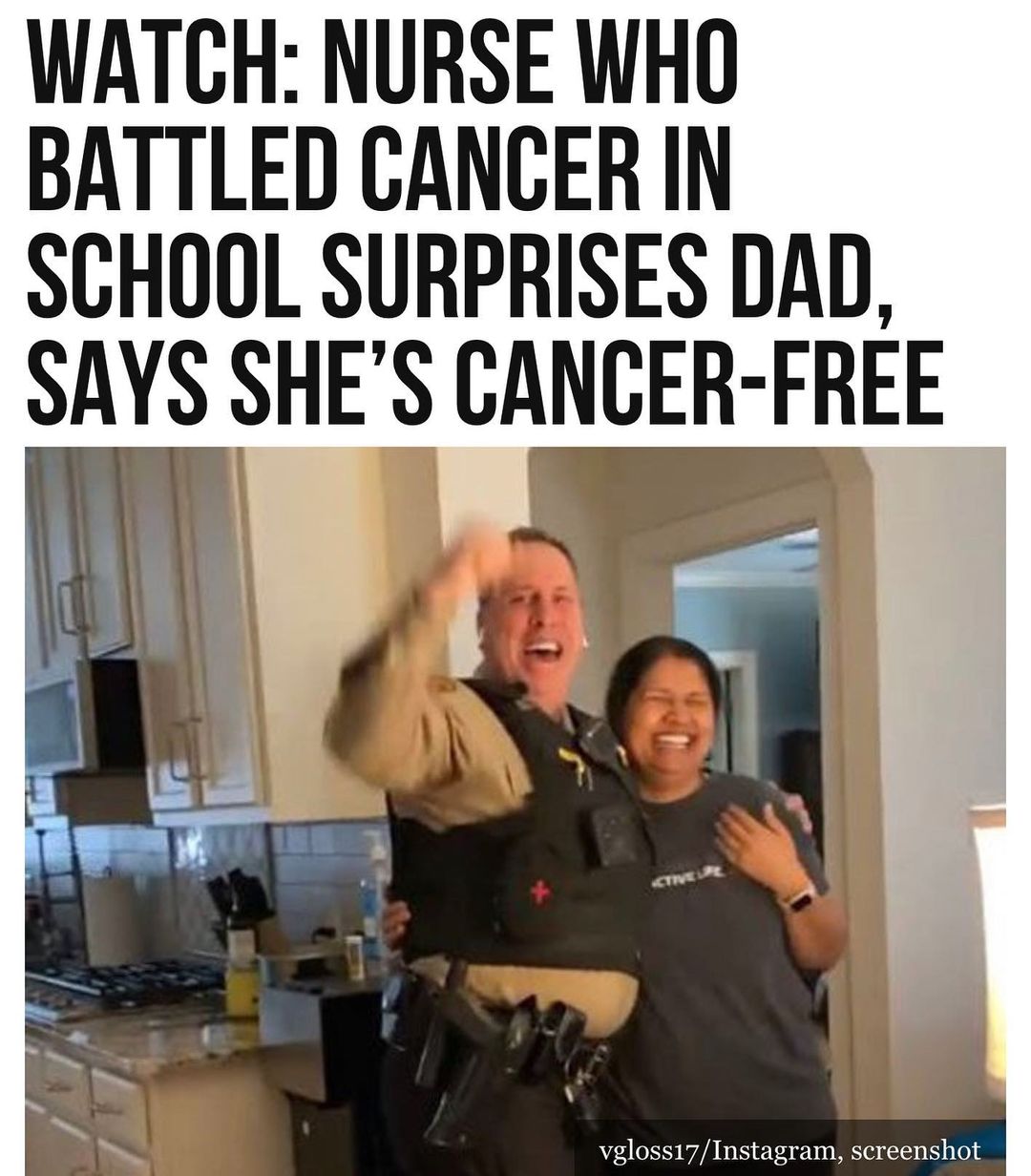 A #nurse who just received her nursing degree will soon be on the front lines caring for others, but not too long ago, this achievement may have been out of reach.

Victoria Glosson, of Oakridge, #NorthCarolina, was finishing up the end of her third semester of nursing school when she received a diagnosis of Hodgkin’s lymphoma.

Glosson received treatment as she continued her studies and battled cancer for a year and a half before she heard the news this week that she was cancer-free.

“I was ecstatic and in shock at first,” she told ABC News’s World News Tonight. “This was such a long battle for me, and I couldn’t believe we finally got to the end of it. I had to go through so much, and to reach this point was incredible.”

As a Valentine’s Day gift, she decided to surprise her dad with the news. Glosson asked him to play loud music with earphones and tried to get him to read her lips.

“I’m cancer-free,” Glosson said softly as her dad tried to parse out what she was saying.

Once he realized what his daughter was saying, he jumped, cheered, and embraced his wife.

“I was overwhelmed with joy and very excited,” Barry Glosson told World News Tonight. “I saw my daughter go through the toughest battle of her life. … It was so scary to watch my daughter live this nightmare. The happiness in my heart is indescribable.”

Victoria Glosson will soon be out on the front lines caring for other people battling the coronavirus in the emergency room of a Greensboro, North Carolina, hospital. #binspirednews