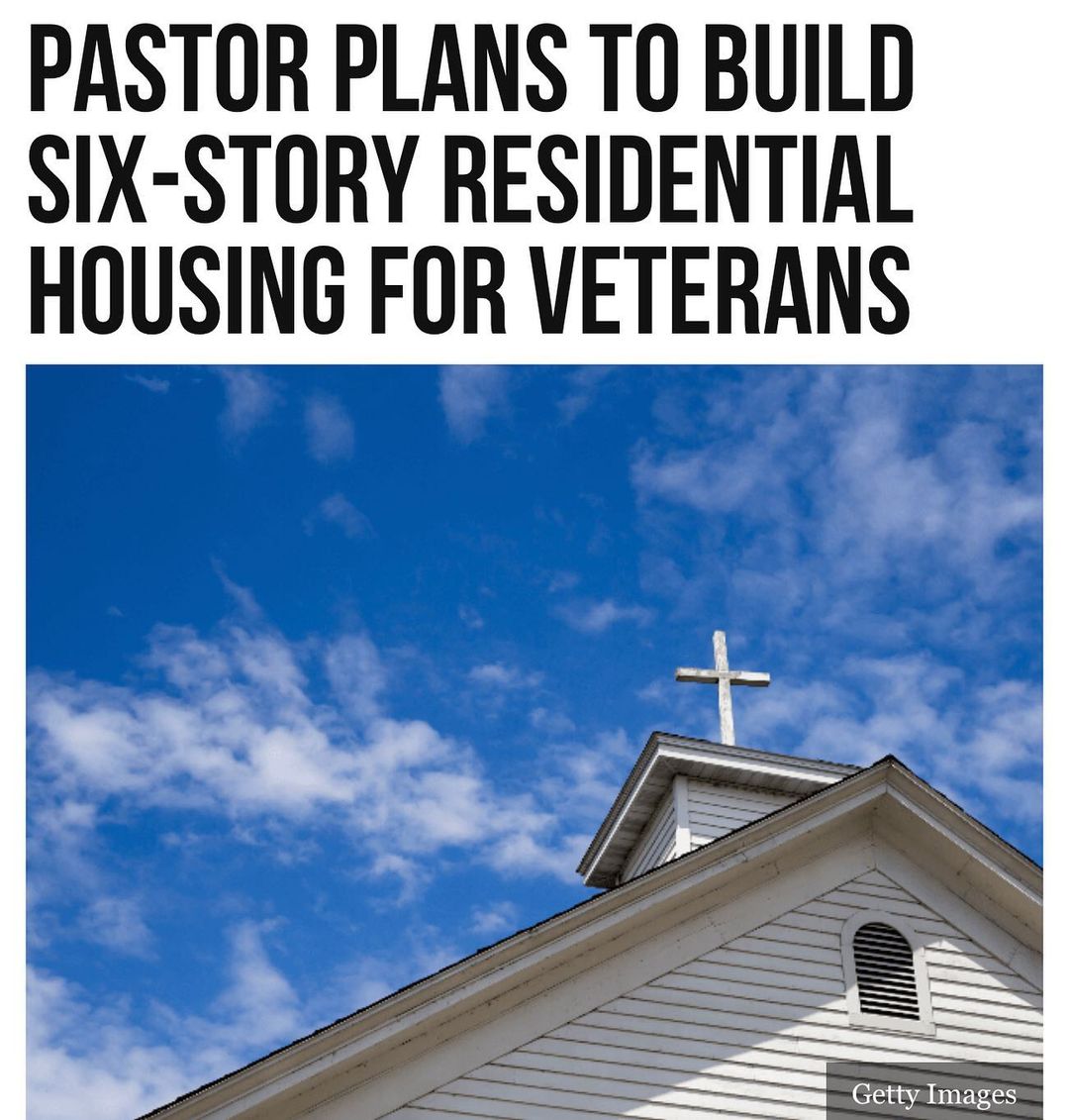 A pastor in Orangeburg, South Carolina, has announced big plans for veterans who need homes in his community.

Bishop Isaiah Moultrie, 85, who is a U.S. Marine Corps veteran, said he and his wife, Eulah, have always had a deep love for others.

When the couple lived in California, they arranged rides for veterans in their area and made sure students found off-campus housing, according to the Times and Democrat. “We did our best out there to try to help those who were less fortunate than we were,” he recalled.

Now, the pastor, who leads the Moultrie Temple Church of God in Christ, said he wants his fellow veterans to have a safe place to live and raise their families in his community. “There is a definite need for veterans. Veterans are in a bad shape all over. We are not doing enough for our veterans,” the pastor said.

He continued: “We know what it is all about — sleeping in the cold, eating in the cold, laying in foxholes and trusting in the good Lord that the Lord will take them through to protect America. Every veteran needs to be looked after and given the best care they can possibly be given. That is what America really should do.” To make his dream a reality, Moultrie has planned to build a six-story residential facility for them on three acres of family-owned property.

The building will consist of 60 one and two-bedroom apartment units, with one floor designated for veteran’s services. It is expected to house anywhere from 100 to 200 people.

The privately-funded project will cost about $10 million.

Moultrie, who joined the Marines when he was just 17-years-old, said he hopes his vision will become a reality within the next two years. “My father has been wanting to do this. He has always dreamed about doing this,” said his son, Isaiah Moultrie Jr., who owns New York General Contracting and Construction. “He is willing to commit the properties to the service of the military and helping those in the military. A lot of veterans come home from service and don’t have places to go or easy access to affordable housing. We have the plans being drawn up now,” he concluded. #binspirednews