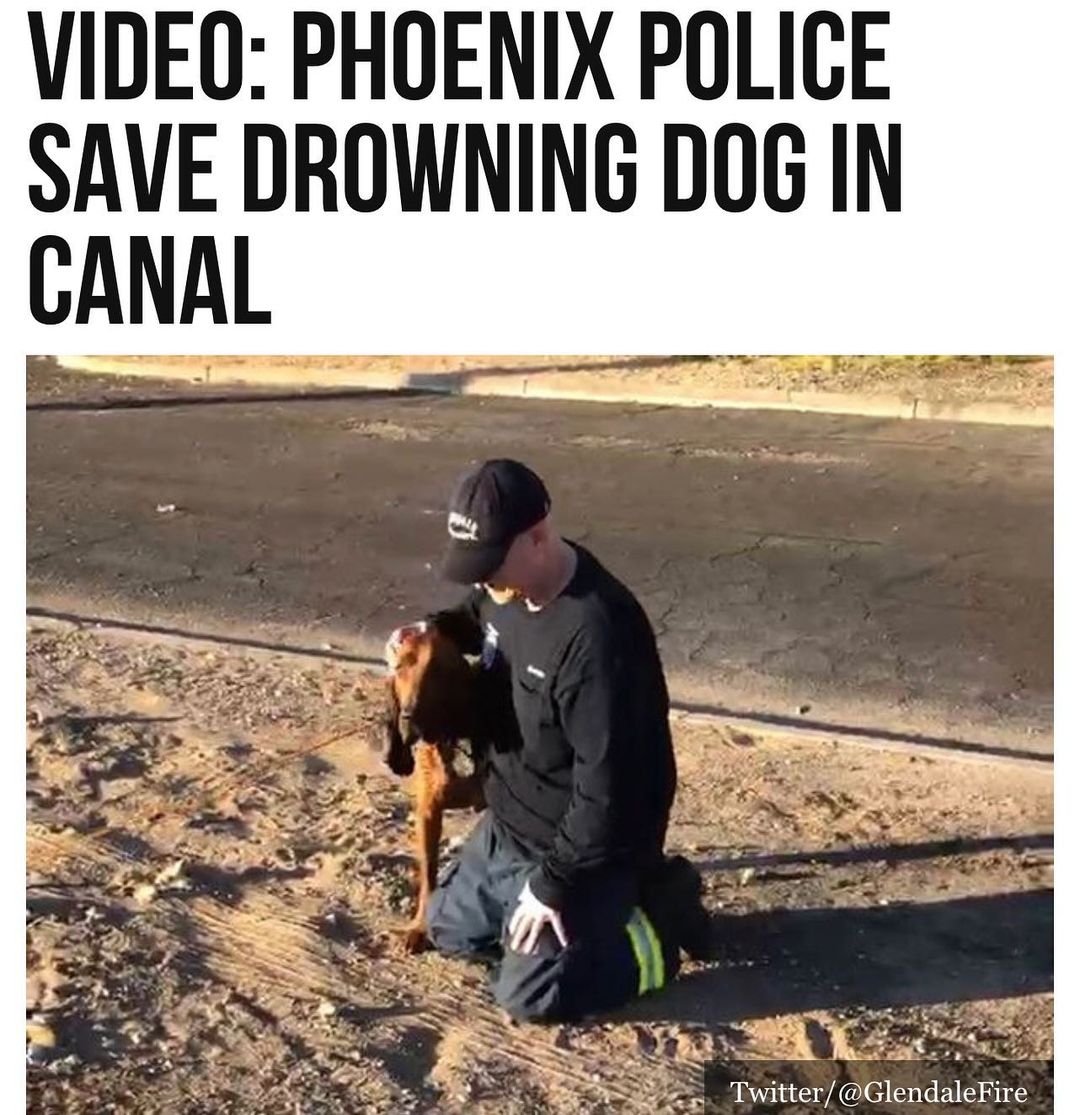 A #Phoenix, #Arizona, police officer responded to a call of a drowning #dog on Tuesday and jumped into a canal to save him.

The video showed one of the officers dive in, grabbing the dog and swimming towards the land with it. He struggled to get the dog up the ladder, so the firefighters on land put a rope around him to pull him up.

Firefighters with the #GlendaleFireDepartment were able to get a rope around the dog and guide him towards the fire station. He was given food, water, and a little tender loving care once at the station.

This is not the first daring rescue the police and firefighters have had to make in the past week to save an animal.