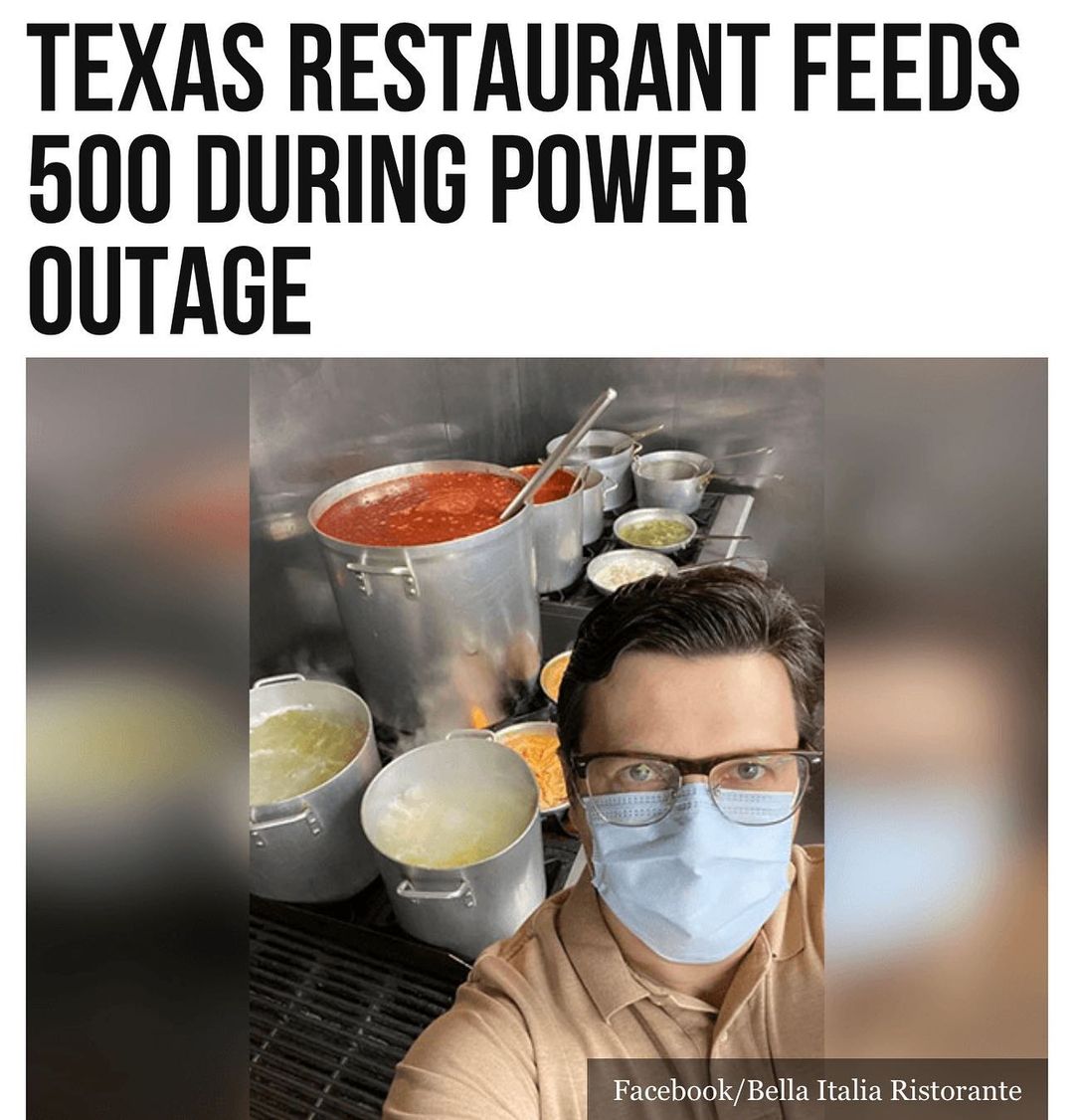 Texans, however, are a stubborn sort. Almost immediately, many among those who suffered began reaching out to others in need. Last week, Bella Italia Ristorante joined efforts to warm and feed the community around them.

“Dear amazing Bella customers,” the restaurant wrote in a Facebook post on February 16. “As we, like almost everybody else, had no power today, and we couldn’t open to fully operate and serve you,” they continued. “However, we couldn’t sit back and do nothing when our community is hurting.”

To that end, the restaurant used gas powered ovens to prepare lasagna and spaghetti for anyone who could make it. The next day, they did the same. The message ended with an encouragement to “be safe, stay warm,” and a thank you for the customers that supported it.

Bella Italia Ristorante was not the only restaurant to turn its business into charitable work. On February 18, the owner of Iowa’s “Willie Ray’s Q Shack” and some of his employees made a special trip to Texas to join in relief efforts. #binspirednews