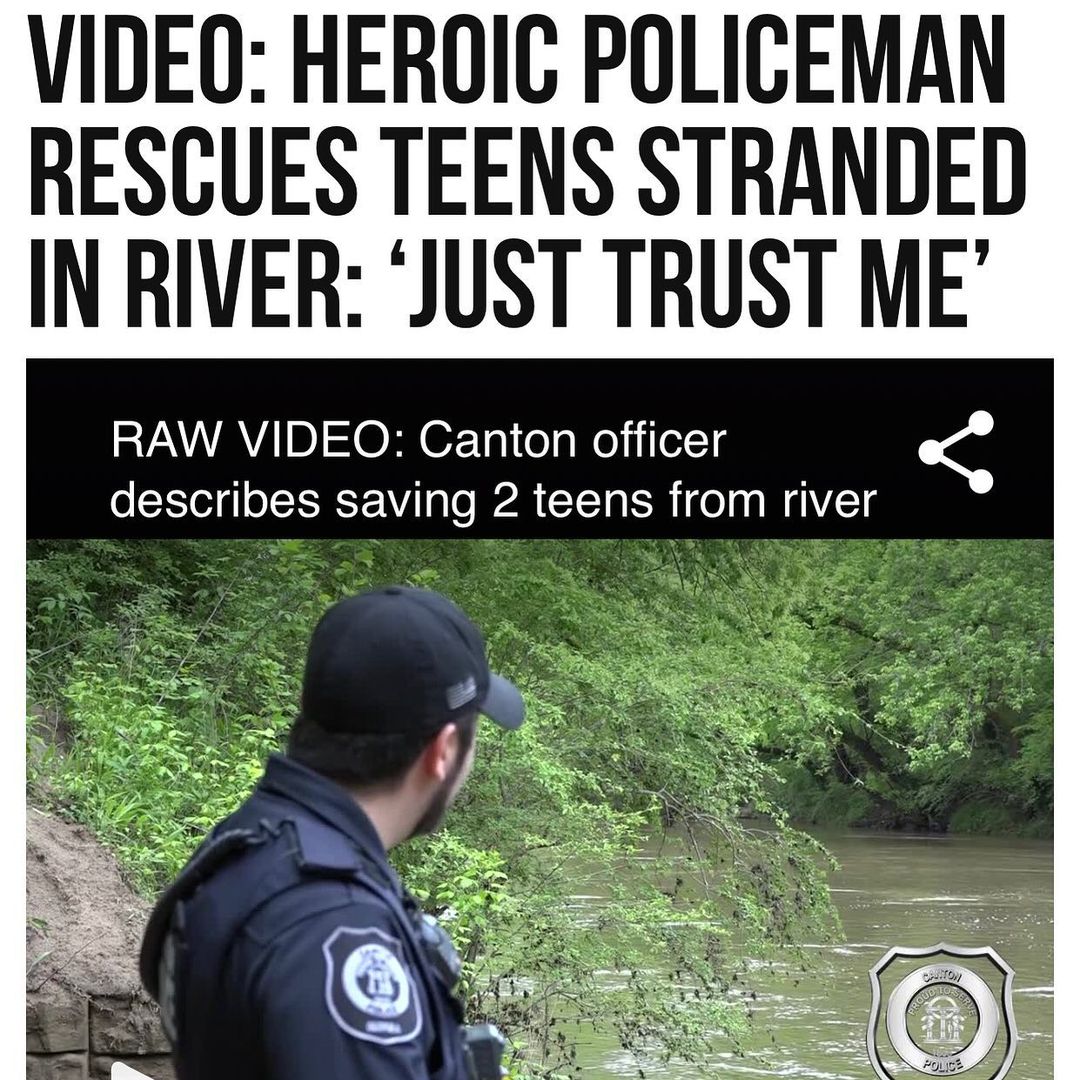 A police officer in #Canton, #Georgia, is being praised for saving two teenagers caught in a swollen river on Tuesday.

When Canton Police Department Officer Luis Salas got a call about two people in desperate need of help at Etowah River Park, his rescue training kicked in, according to WSB-TV.

Once he arrived, Salas, who is also a U.S. #Marine Corps veteran, saw the frightened young people in the water holding on to a tree branch. “I took off my gear, took my belt off quickly, and my vest off,” he recalled, adding, “So I immediately get in the water and swim my way down that way until I finally catch up to them.” At that point, both teens were panicking. “I tell them calmly, ‘Hey I’m officer Salas. I’m here to help you. I need y’all to trust me with your lives. Please just trust me and calm down for we can get out of this, all three of us alive, and go home,’” he commented. “The female, the juvenile female, told me she cannot swim to save her life, that she’s scared. So I told her to calm down, hold on to me and I’ll get us all to safety,” Salas continued.

Thankfully, more policemen arrived at the scene moments later and threw a buoy to the officer and the teenagers.

With their added help, everyone involved made it to safety, and both of the teenagers were later treated and released from the hospital in good health.

Following the rescue, Officer Salas said his military training helped him endure the freezing water. “I’ve been in the Marine Corps so I have taken swimming qualifications many times, and its always been in cold water, always. It’s never been warm,” he noted.

In a Facebook post on Monday, the department asked followers to help them thank the officer for his brave actions. “Thank you Officer Salas for your service to our country and now to our community. Thank you also to the amazing City of Canton Police Department,” one person wrote. “Good to see a happy ending. Thank you officer Salas and your team for going above & beyond. Semper Fi,” another commented. #binspirednews