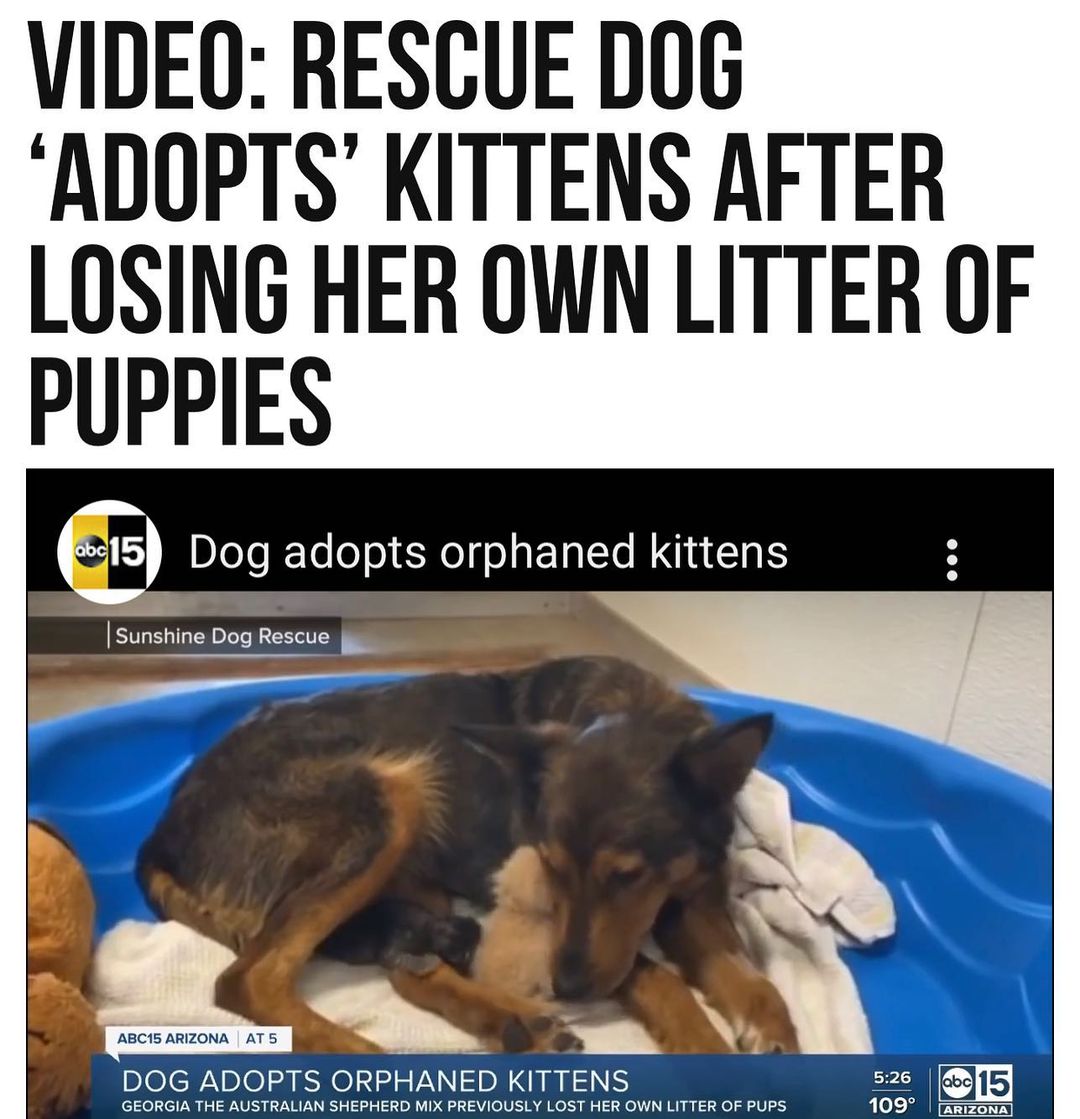 A rescue #dog in #Phoenix, #Arizona, who recently lost her own litter of pups is giving all her attention to three motherless #kittens.

Staffers at #SunshineDogRescue are caring for an Australian shepherd mix whose three puppies died after she went into premature labor last month, according to People.

“Going into premature labor gave her babies no chance of living outside of her womb. While my heart hurts for the puppies that never got to run and play, my heart is so very sad for Georgia. She is looking for her babies and it is heartbreaking to watch,” the rescue said in a Facebook post on August 13.

However, when Sunshine took in three newborn kittens just days later, the grieving canine made them her own.

“She LOVES them. So far we have been able to get one to latch and are bottle feeding until the other two figure it out too,” the rescue said.

Sadly, one of the kittens died, but Georgia remained focused on the healthy ones and the rescue added another kitten, named Goober, to the little family.

“They have all opened their eyes, are gaining weight (now weigh 7-8 ounces each), and seem very content with mama,” an August 20 update read.

Because Georgia lost her own pups early, she never produced a lot of milk so the kittens did not get their nourishment from her and were bottle-fed, according to the rescue’s Executive Director Anita Osa.

“She does tend to them. She cleans them… and what’s really cute right now is they’re starting to play,” she said, adding that Georgia was “totally accepting and loving” of her adopted family.

“The bond is strong. It’s really something to see. She protects those kittens just as if they were her babies,” Osa concluded. #binspirednews