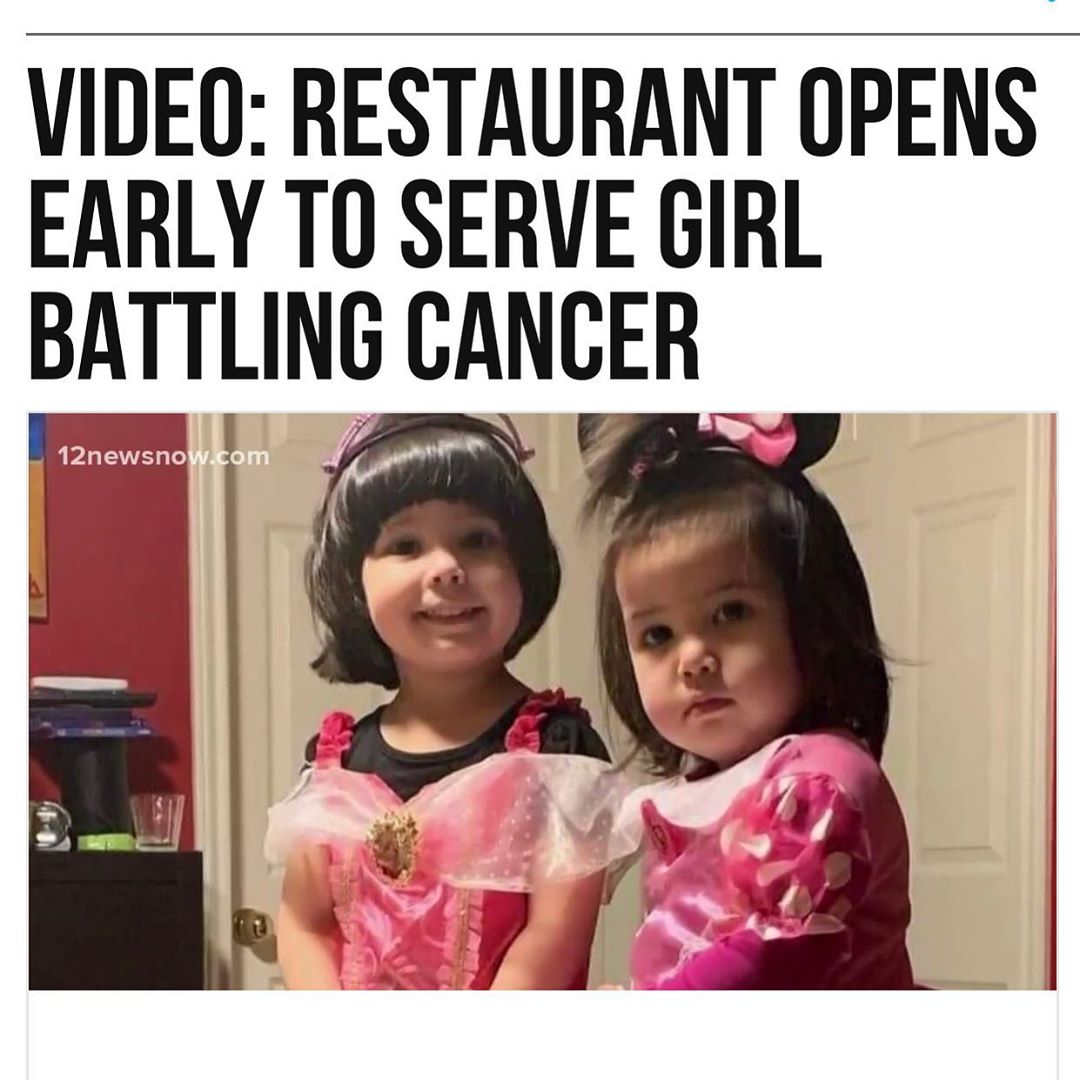 A restaurant in #Beaumont, #Texas, made sure a little girl fighting leukemia had a special meal with her family last month.

When three-year-old Adelaide Nguyen was diagnosed in 2019 with a rare form of cancer called acute lymphoblastic leukemia (ALL), her family was devastated. “I haven’t seen this for a very long time, and to any parent that hears a doctor say that, I mean, your heart just kind of stops,” said her mom, Vanlam.

Adelaide’s diagnosis meant she had to avoid going out in public and could not spend time with friends. “The isolation is really hard, not just for the kid themselves but a lot of your family functions that you do comes to a halt,” Vanlam commented.

Last month, as the family drove past their favorite restaurant, J. Wilson’s, Adelaide asked if they could stop and eat there together like they used to on a regular basis.

Her mother told her no, which she said was one of the hardest things she ever had to do. “I can’t even talk about it without tearing up,” she stated.

However, when a family friend heard about Adelaide’s request, she called the restaurant, and they came up with a plan.

Restaurant manager Paula Breaux opened J. Wilson’s an hour early on January 26 so the family could enjoy a meal together. “It just kind of validated, you know, that’s what we’re here for. We’re here to take care of our customers,” she commented.

Vanlam said the family was so excited to spend time together at their favorite restaurant that they got there before it opened. “We were so excited, we forgot how close we lived from here, so we were like 20-something minutes early. We sat out in the parking lot,” she recalled.

Inside, the staff at J. Wilson’s had decorated everything in Adelaide’s favorite color, pink, and made her favorite food: biscuits. “The thing about kids is that when they smile, it’s genuine. [I am] very thankful, and love this place,” Vanlam said.

Adelaide will soon begin her maintenance period, meaning she can go out in public more. Her doctors said if everything goes well, they expect her to be cured of the sickness by September 2021. #binspirednews

Domestic flights in India to resume, even as coronavirus cases rise

14 thoughts on “A restaurant in #Beaumont, #Texas, made sure a little girl fighting leukemia had…”