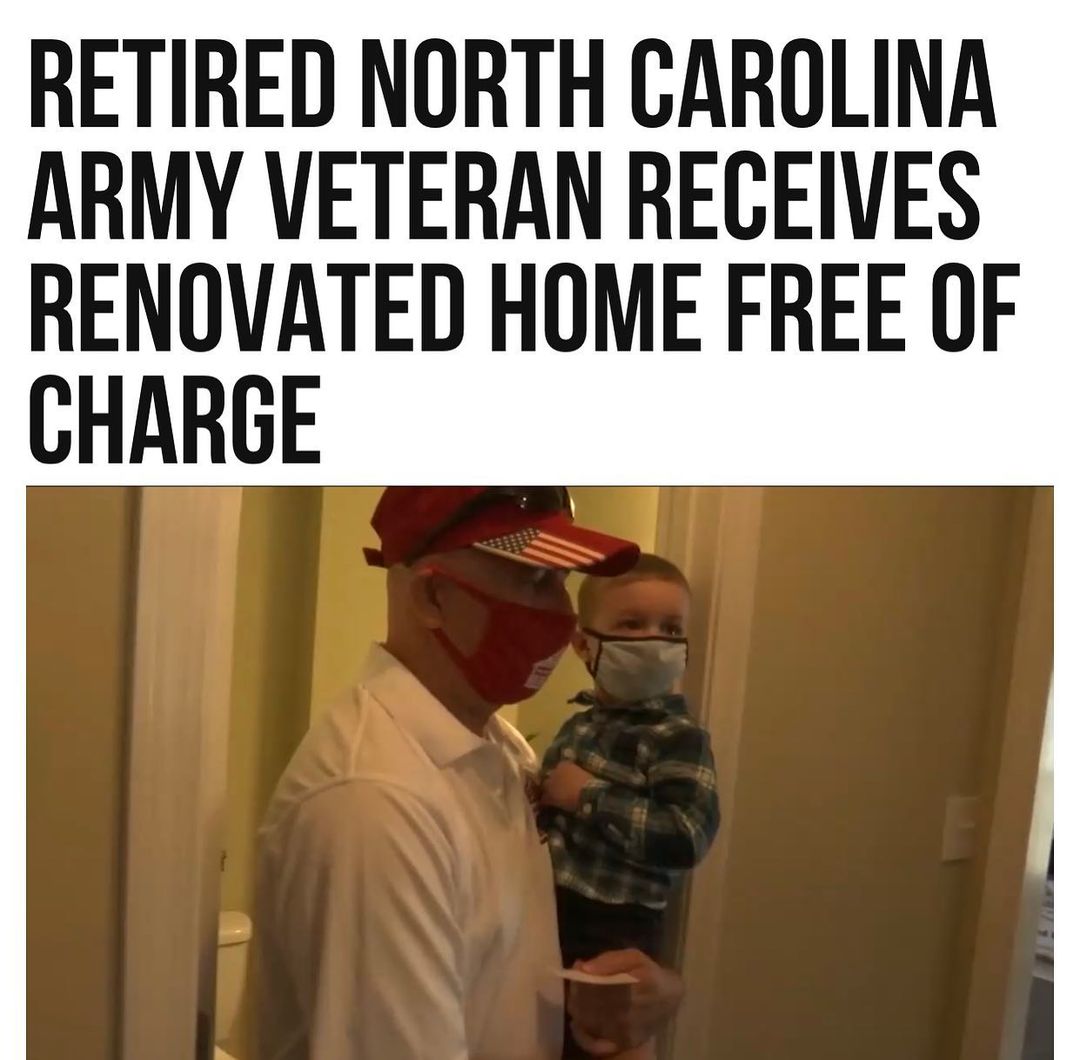 A retired #NorthCarolina #Army #veteran received a renovated home free of charge, thanks to the nonprofit #BuildingHomesForHeroes.

Retired Army Sergeant First Class George Stultz received a homecoming like no other when sheriff’s deputies escorted him to his recently renovated home, WTVD reported.

“It’s something you don’t expect. It’s like winning the lottery. You play, but you don’t expect to win. You’d like to, though,” said Stultz. “We put new flooring in the downstairs and new tile in. We built a new master bath and put granite countertops in. Lowes came in and put the beautiful landscape in the yard and extended the patio.”

Stultz received a medical discharge from the Army in 2015 after completing 22 years of service. He went on multiple deployments to Iraq and Afghanistan throughout his military career.

Building Homes for Heroes gave Stultz and his family a four-bedroom, two-and-a-half bathroom home at no cost to him or his family.

It is part of the nonprofit’s 11-11 pledge that gives away 11 mortgage-free homes to wounded veterans from September 11 to November 11.

Stultz was overwhelmed by the amount of support he received from his community.

“So when people recognize us, it’s not what we do the job for. It has nothing to do with recognition. We believe in our country and the values it has,” said Stultz.

Building Homes for Heroes has surprised other wounded veterans with remodeled homes.

This month, Building Homes for Heroes unveiled a custom-built home for a disabled veteran in New York in conjunction with other charities in the community. #binspirednews

What Rideshare, Taxi, Limo, and other Passenger Drivers-for-Hire Need to Know about COVID-19

Interim Guidance for Use of Pooling Procedures in SARS-CoV-2 Diagnostic, Screening, and Surveillance Testing