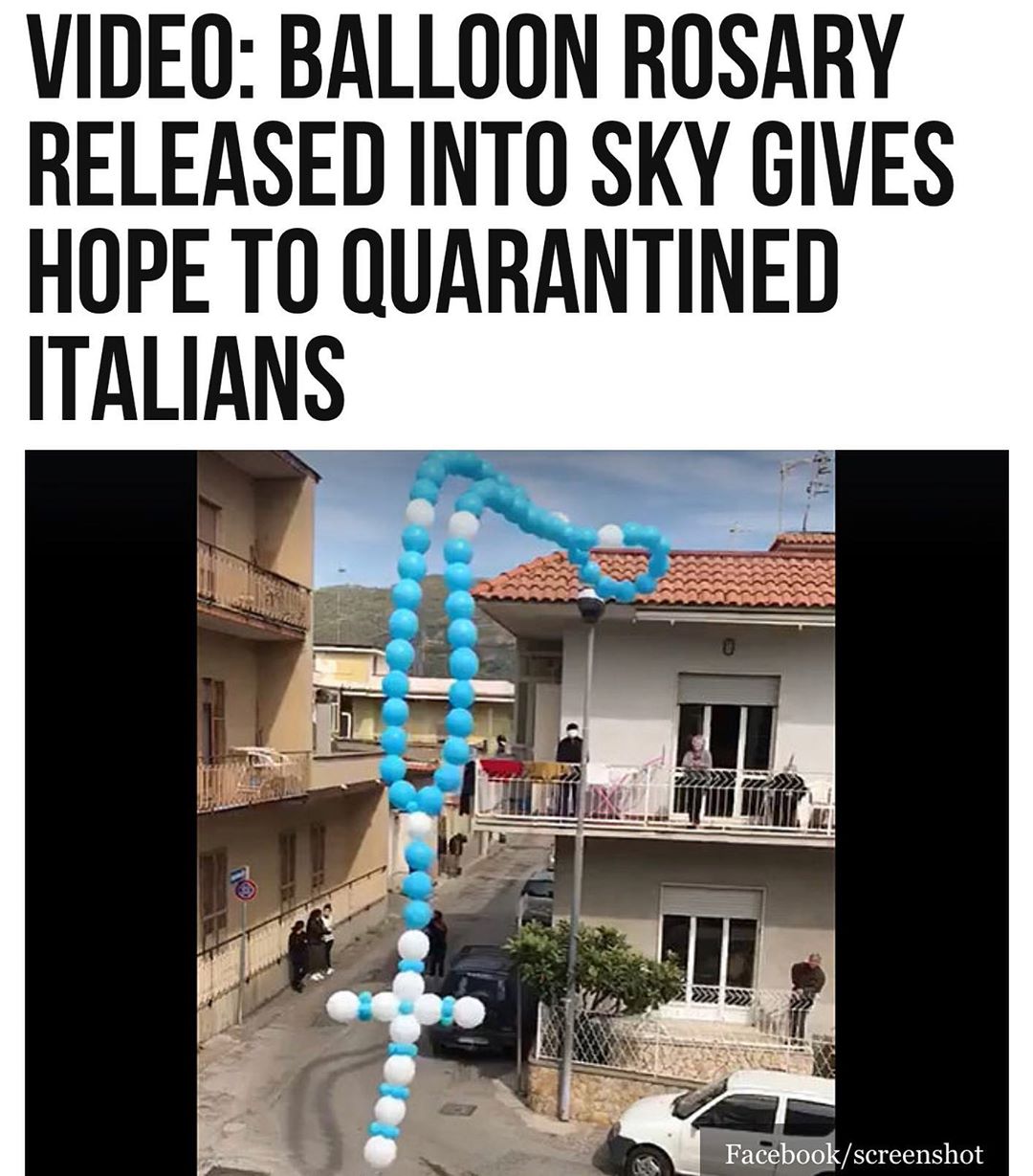 A rosary made out of blue and white balloons was released into the sky in Italy, giving hope to many #quarantined Italians as they were stuck in their apartments, according to a video.

The Facebook video showed the moment the rosary was released into the sky with #Italian opera singer #AndreaBoccelli’s voice in the background.

At the end of the video, when the balloons reached high above the buildings, everyone from the balconies began to clap. The video of the rosary soon went viral, gaining more than 26,000 shares and 3,200 Facebook reactions as of Sunday afternoon.
Hundreds of commenters remarked how “#beautiful” the sight had been.

Italy has been one of the hardest-hit regions of the world by the coronavirus, with 16,412 deaths occurring from the virus as of Sunday afternoon.

But #Italy, and #Europe as a whole, is seeing more signs of hope as the country’s death toll was the lowest it has been in about two weeks, and health officials are cautiously noting that the rate of infection is on the decline. #binspirednews

13 thoughts on “A rosary made out of blue and white balloons was released into the sky in Italy,…”