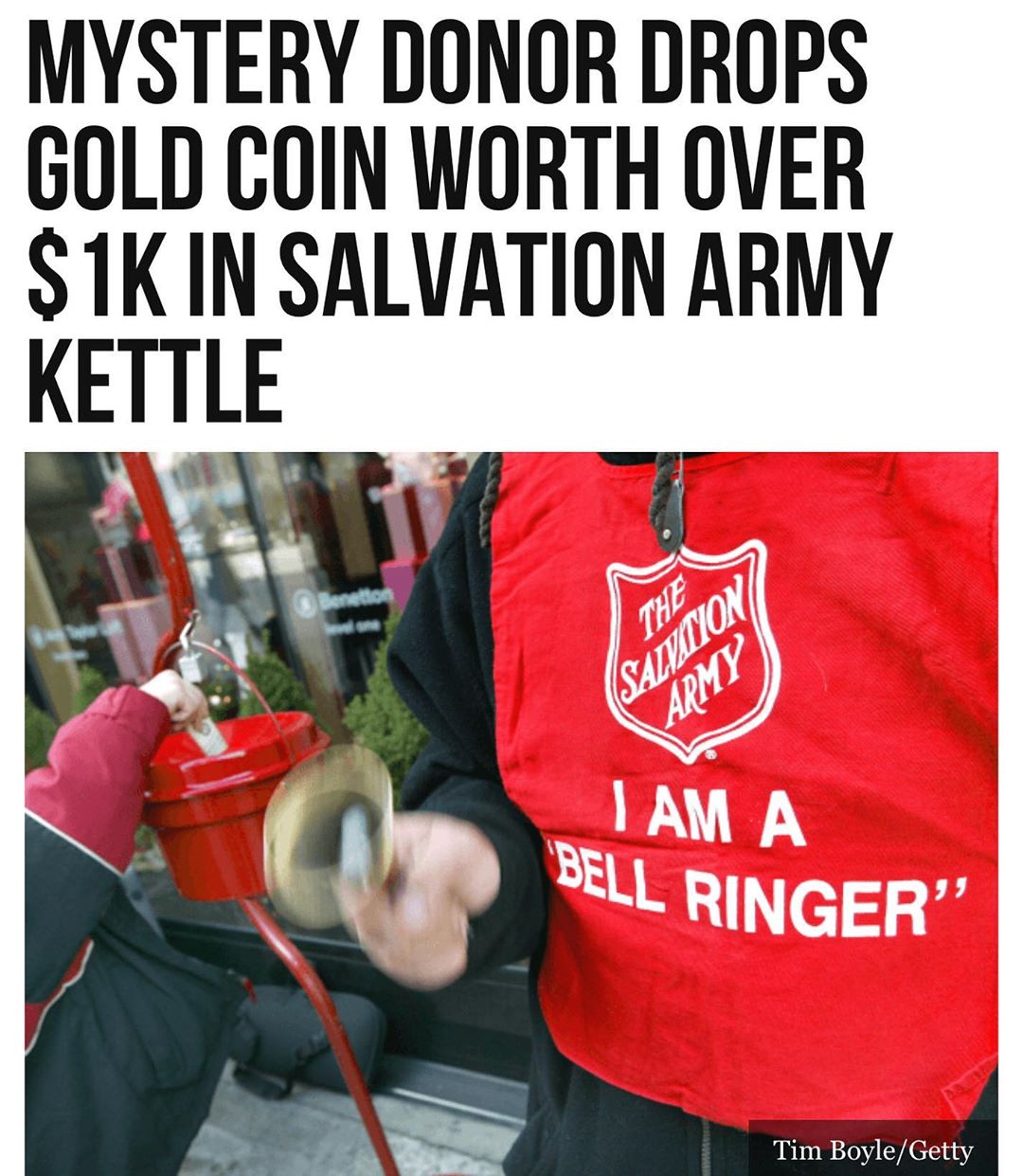 A @salvationarmyus bell ringer in Noblesville, #Indiana, recently found a coin worth more than he ever imagined inside his red kettle.

Salvation Army volunteer James Bond said he was very surprised when he discovered a 1915 100 Corona Austrian gold coin worth $1,500 among the folded bills and pocket change, according to the Indianapolis Star. “It is really cool. I hear about that stuff in the news, but now it’s with me, so I feel like I’m part of this big thing that people really care about,” he said.

Bond said he began ringing the bell when he was in need of a job. Now, he does it because “it just made sense to me that I can ring a bell and make a difference.” “It just means so much,” said Salvation Army spokesman, Sam Hyde, of the anonymous donor’s gift. “It means that they went out of their way to do something extra special.” The Salvation Army has been in operation since its establishment in 1865 and assists nearly 23 million Americans annually with finding jobs, caring for the elderly, serving veterans, and overcoming poverty, according to its website.

Hyde said although 2019 has been a tough year for the organization, the generous gift has brought “a huge jolt to our fundraising efforts.” Thanksgiving weekend, another mysterious donor dropped a gold South African Krugerrand coin worth $1,200 into a red kettle in Springfield, Ohio.

Ryan Ray, development director of the Springfield Salvation Army, said the individual has done the same thing for the past five years. “To the gold coin bandit, I just want to say thank you on the behalf of the Salvation Army and on the behalf of the community for doing something so amazingly unique and compassionate,” he concluded. #binspirednews

A Journey Through the Troubled Former Yugoslavia: “They Will Never Stop Hating Us”