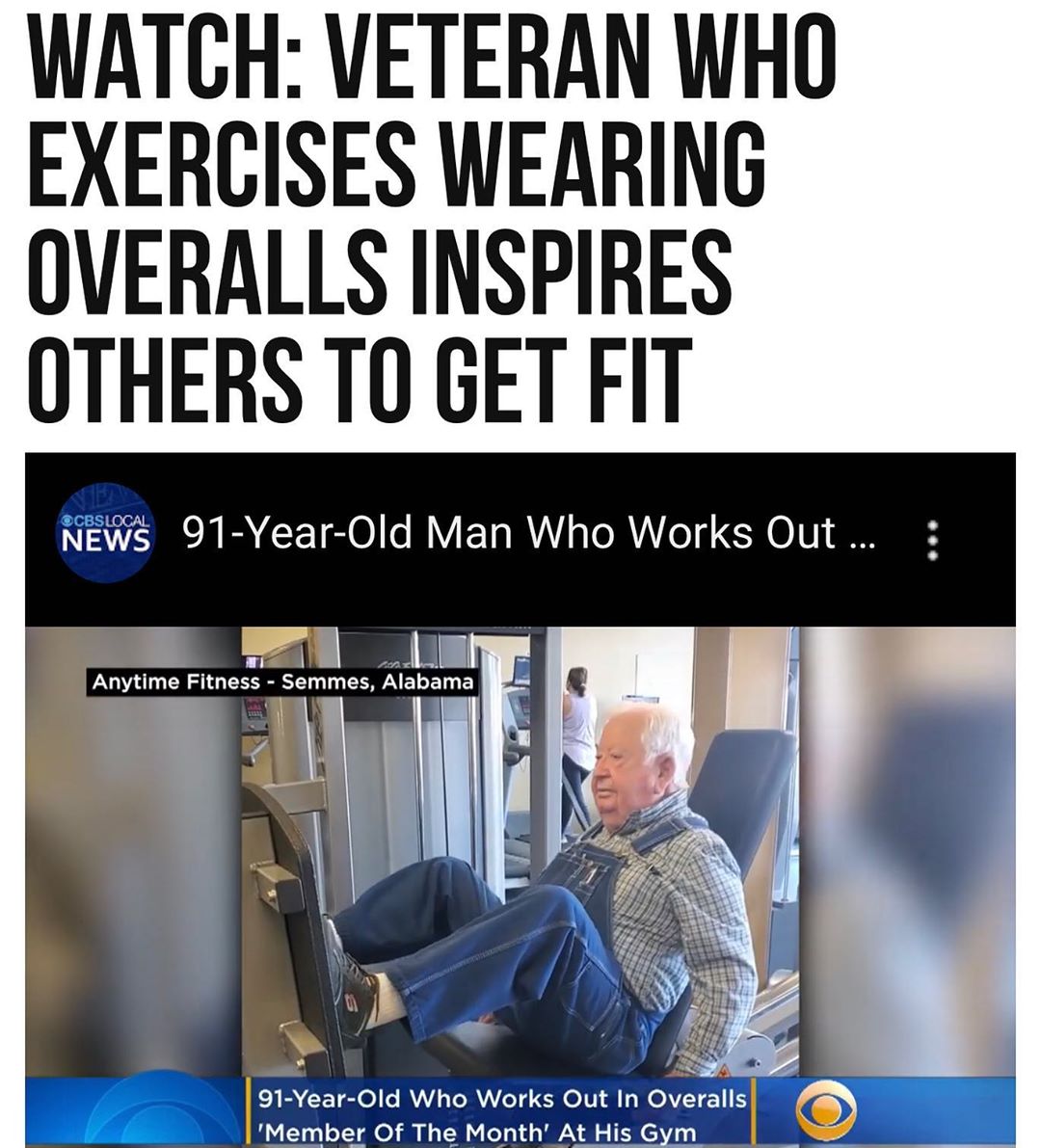 A senior who works out wearing overalls was named Member of the Month at his gym in #Semmes, #Alabama, January 13.

Ninety-one-year-old Lloyd Black wears the unusual outfit to the gym for reasons some may never have guessed. “I don’t have any hips, and I can’t keep my pants up!” he said, laughing.

When #AnytimeFitness General Manager Ashley Seaman was trying to decide who to honor with the member of the month title for January, she knew there was only one obvious choice.

In the announcement on Facebook, the #gym said Black, who is its oldest member, works out three times a week and is an inspiration to others.

Black and his wife, Mary, became members about a year ago when they decided to take back their health. “I realized I was in bad shape. I could not do simple tasks anymore. That’s what motivated me to do it,” Lloyd explained.

Now, he walks for 30 minutes on the treadmill, does leg presses, and uses the upper-body machines. The exercises have built up his strength and helped him walk more confidently. “It just improves the way you feel,” he said.

The day after he graduated from high school, the Mississippi native joined the U.S. Air Force, then taught world history at Vigor High School.

He later became a principal and worked at several campuses.
Black said if he could do it all over again, he would not change a thing. “I’ve been a blessed person,” he stated. “I’m in good health. I thank the Lord for that. I still think humor in life is good.” The couple’s home sits on several acres and the veteran still mows his own grass and weed-eats on a regular basis. In the past, his hobbies included photography, gardening, and woodworking. “I believe in enjoying life. You can make what you want to out of it,” he said.

Now, Black wants others to know that if he can get fit, they can too. “Fitness isn’t about age. It’s about healthy living,” he noted, then urged people hesitant about exercise not to waste one more minute thinking about it. “Go ahead. Get started,” he concluded. #binspirednews 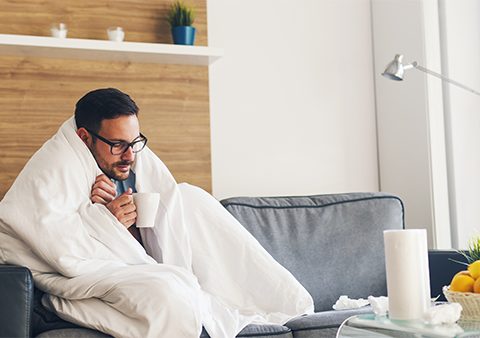 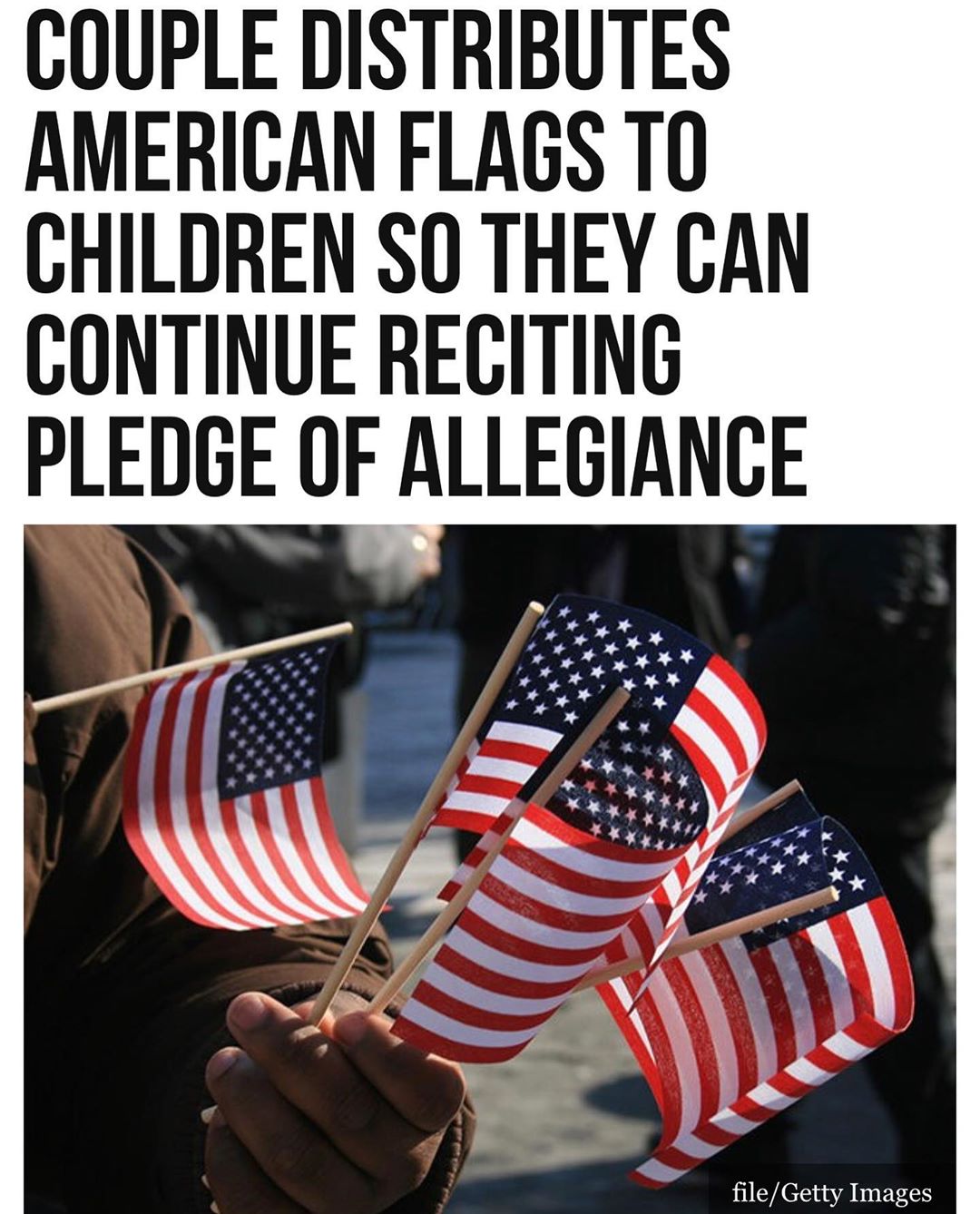 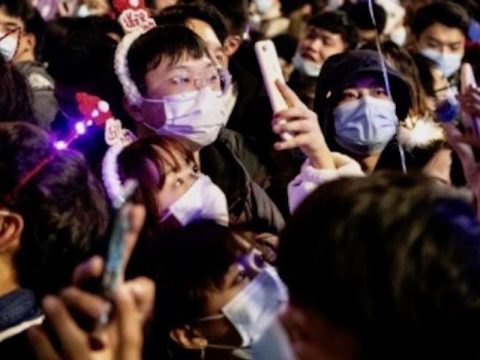 #beatthebug A #Camden, #NewJersey, community came together behind a 16-year-old after he was… https://t.co/oBfcquwaHv
View on Twitter
0
0