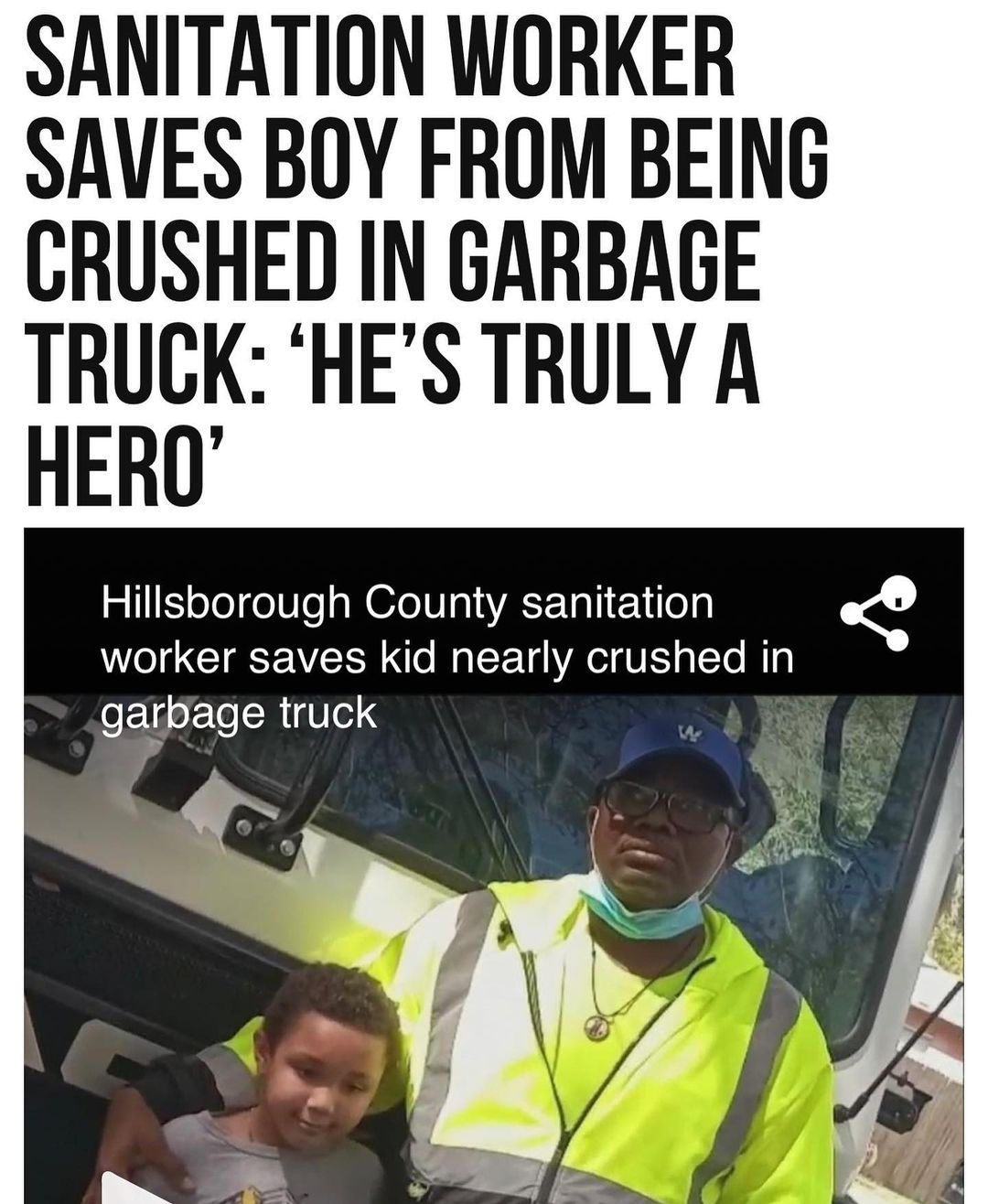 A seven-year-old boy’s life was saved this week thanks to the quick thinking of a sanitation worker in #HillsboroughCounty, #Florida.

As Elias Quezada played inside a garbage can outside his home on Tuesday, he soon found himself in a sticky situation, Fox 8 reported.

He was hiding inside the can when the Waste Connections truck came by and scooped it up and dumped the contents, including Quezada, into the garbage truck.

“In a minute he went out and the next thing I hear is the sound of the truck and a guy screaming,” his grandmother, Carmen Salazar, recalled.

“I got picked up and thrown, to where I was going to be a mashed potato,” Quezada added.

However, as the truck’s arm picked up the can, driver Waldo Fidele checked the surveillance camera and saw Quezada dumped inside. He then quickly deactivated the blade used to chop the trash to pieces.

“It was a bad day for me. I was scared,” Fidele noted.

“I come outside. I see him, he seemed happy, happy! I said ok, you’re ok now,” he continued.

The truck deals with trash the same as a garbage disposal and after dumping, it is transported to an incendiary, according to Shawn Plunkett, operations manager for Waste Connections of Florida Operations in Tampa.

“If he hadn’t been paying close attention to the job, we would all be searching for a missing 7-year-old today. Nobody would have ever known what happened to him,” he continued.

Quezada and his grandmother expressed their gratitude to Fidele for his heroic actions.

“I’m very thankful that he was looking at that camera at that time and he acted so fast because otherwise, he wouldn’t be here,” Salazar noted.

When asked if he will ever jump inside another trash can, the boy said no, but added, “Unless it’s like a tiny trash can that’s inside the house. That might be fine.” #binspirednews

Supermarkets are opening early in countries such as the #UnitedKingdom, #Ireland…