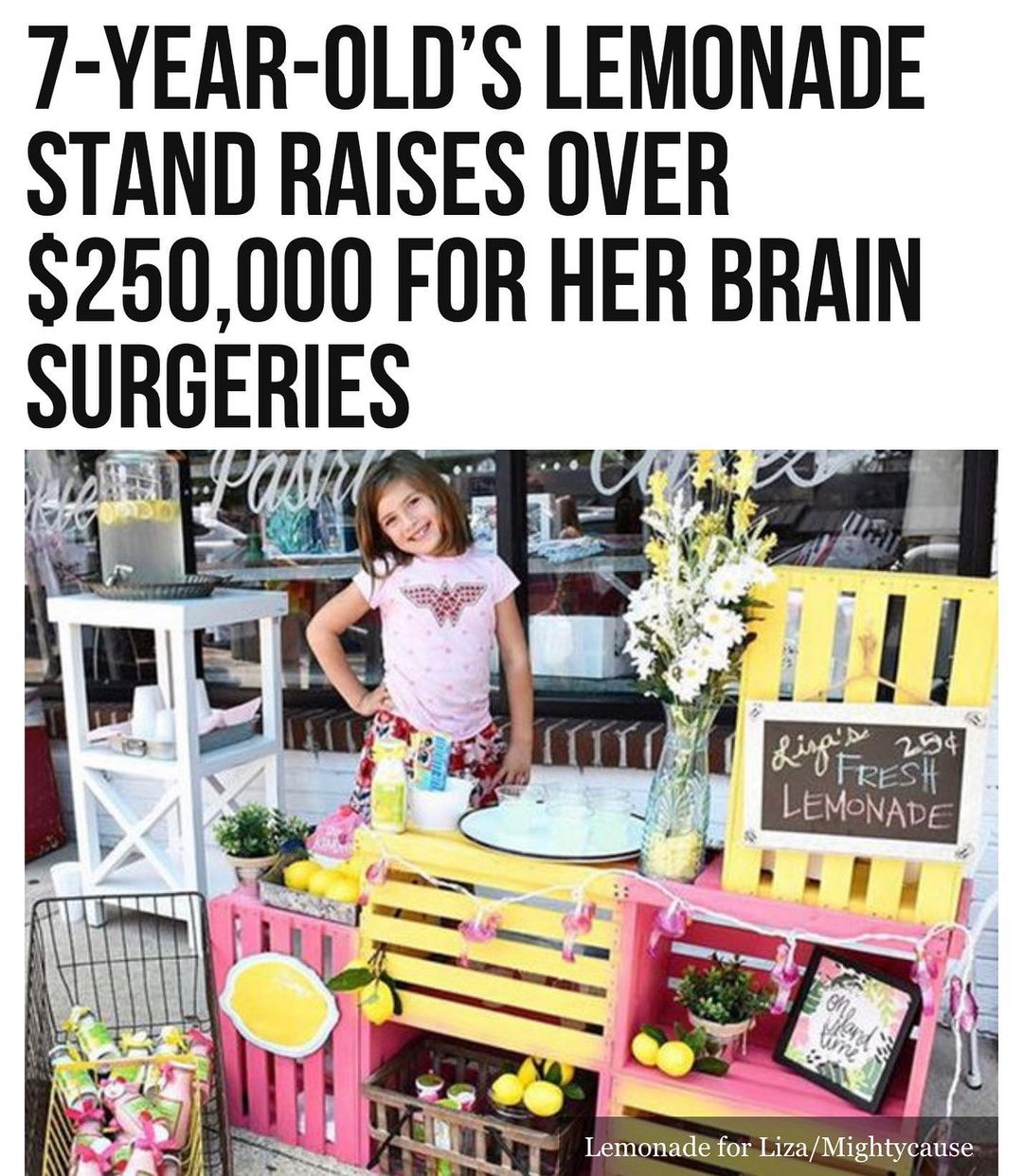 A seven-year-old girl from #Alabama selling lemonade has raised more than $250,000 through her stand to pay for her much-needed brain surgeries.

Liza Scott’s family learned this month that she has three rare brain malformations, which have caused her to have multiple Grand Mal seizures.

She will need surgery to prevent further seizures, hemorrhage, brain bleeding, or stroke.

As of Monday morning, Liza’s page on Mightycause has raised more than $252,000. Her family has also received $10,000 in cash donations.

Some have offered them flights and housing for their upcoming trip to Boston for treatment.

“You have no idea how loved we feel,” Elizabeth Scott, Liza’s mother, said. “It’s been overwhelming but amazing.”

“It’s kind of allowed me to step away from some of the emotions. But at the same time, it’s emotional in a different way because I never expected any of this … America is really … really great …,” she continued.

Liza’s lemonade stand has established itself at Savage’s Bakery, which her grandfather and mother co-own.
Liza and her family will fly to Boston Children’s Hospital on Thursday for the first of her three surgeries. Liza’s mother says her daughter plans to continue selling lemonade after she recovers.

They plan to use the money she makes from the lemonade stand to help others in similar situations. #binspirednews