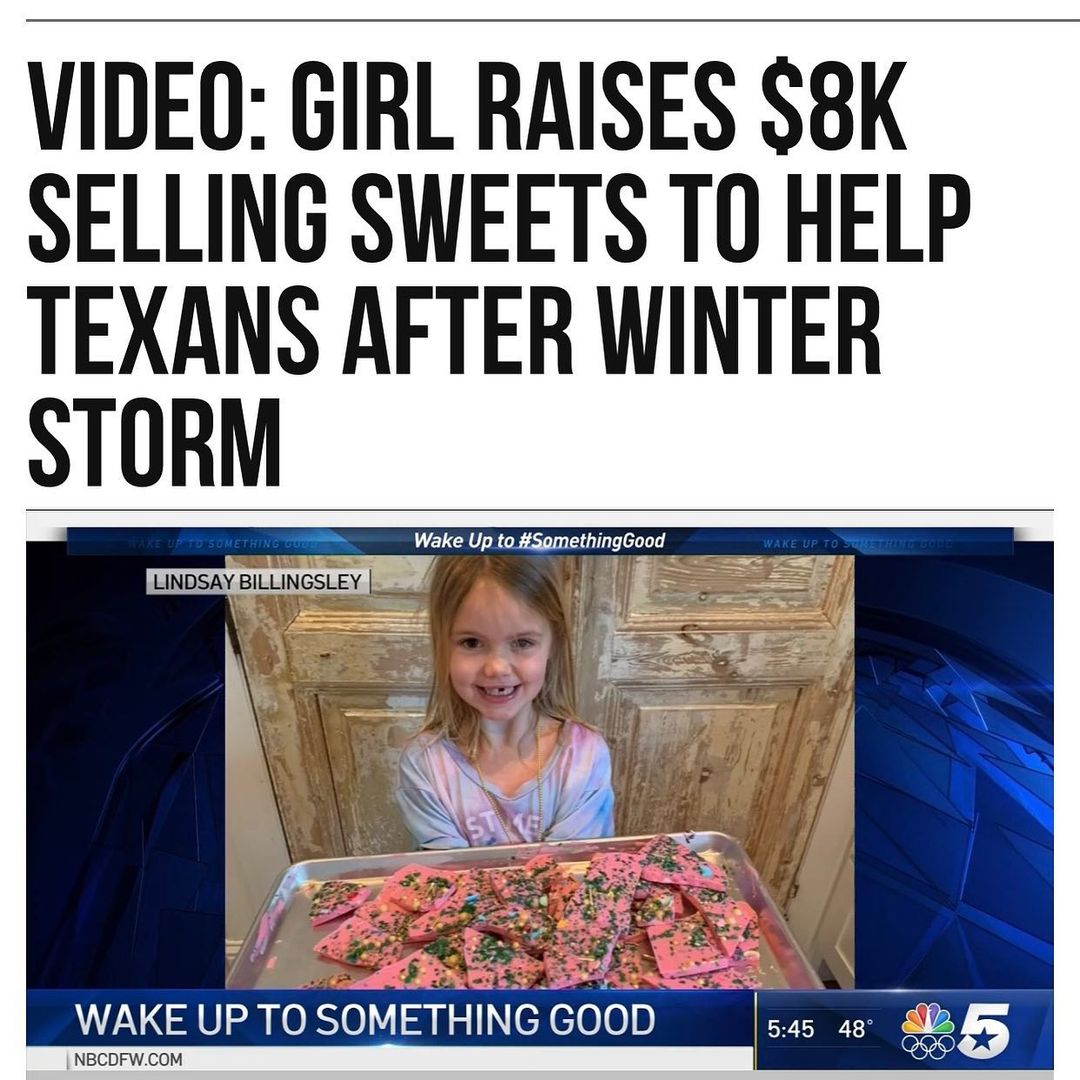 A seven-year-old girl used her time wisely during the recent severe winter weather in #Texas to help others in need.

Birdie Martin was cooped up inside with her Aunt Lindsay when the storm swept into North Texas last month. Her parents were traveling at the time, so it was just the two of them until they could safely leave the house, according to NBC 5.

“The time together wasn’t wasted. They used it to make dessert bark, but quickly they realized it wasn’t just for them,” Lindsay Billingsley recalled.

“We got word that our nanny’s home flooded [during the storm]. All the pipes needed to be redone and the home was gutted,” she added.

However, the two came up with an idea to sell the sweets they made to raise money for the repairs.

“Her deductible was $4,500. Within 48 hours we had raised enough money to pay the deductible,” Billingsley noted, adding that the money kept coming in.

In an Instagram post on February 20, the little girl shared a photo of herself making the sweets to let customers know she was working hard in the kitchen.

“Birdie is going to deliver checks to the North Texas Food Bank and The Family Place with the extra earnings. We are going to keep this show on the road to continue to help those in need,” Lindsay told NBC.

“People can’t get water, so we drove down here on Saturday, got here on Sunday, we went straight to work,” said plumber Andrew Mitchell’s wife, Kisha.

“Andrew and Isiah — Isiah has been a huge helper, Andrew has been teaching him a lot, they have been getting busy and getting to work, and we are really excited and thankful that we could be a blessing to other people,” she concluded. #binspirednews

Factbox: Latest on the worldwide spread of the coronavirus