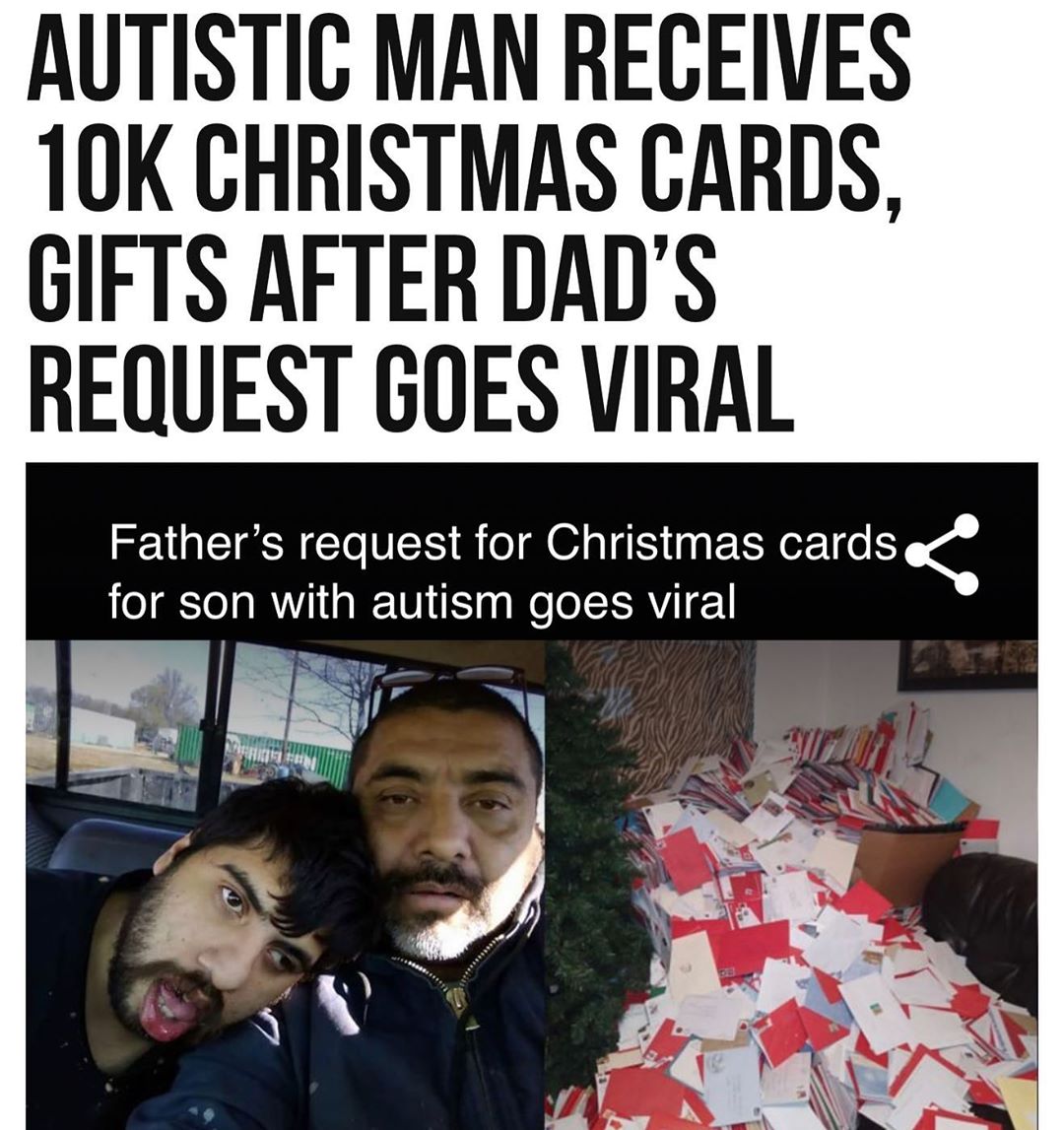 A single dad in Belton, #Texas, got a huge surprise recently after he asked people to send #Christmas cards to his son, who has special needs.

Marty Mendoza has lovingly cared for his son, 33-year-old Marty Jr., since the day he was born, according to Fox 2.

However, when Mendoza posted a request for Christmas cards in a Facebook group for families with special needs children December 11, he never dreamed the response would be so big. “Just for him to open up something and see his eyes light up like he did when he saw Santa Claus, that would just mean the world to me,” he said of the request.

The post was shared more than 27,000 times and Marty Jr. has since received over 10,000 cards and Christmas gifts from people around the world. “Knowing that we aren’t alone, there’s a lot more people out there and for them to just say, ‘Hi.’ You’d be surprised how much it meant to me,” he said once the cards began pouring in.

When he saw Mendoza’s Facebook post, Jeffrey McFadden with Fish on Texas showed up on his doorstep with gifts and some Christmas cheer. “I have been that dad that has been in the position where I was unemployed, didn’t have extra money to buy Christmas gifts for your kids,” McFadden commented. “I don’t want anybody’s kids to ever have to go through that.” Mendoza called Marty Jr. his “whole world” and said all he wanted this year was to make sure his son knew he was not alone. “Hope, he gives me hope. Without him I’m truly lost,” he stated, adding “I’ve never left his side.” #binspirednews

‘I’ll decapitate you!’ Man arrested after racist attack on Asian woman who turned down his advances – Raw Story

Considerations for Institutes of Higher Education