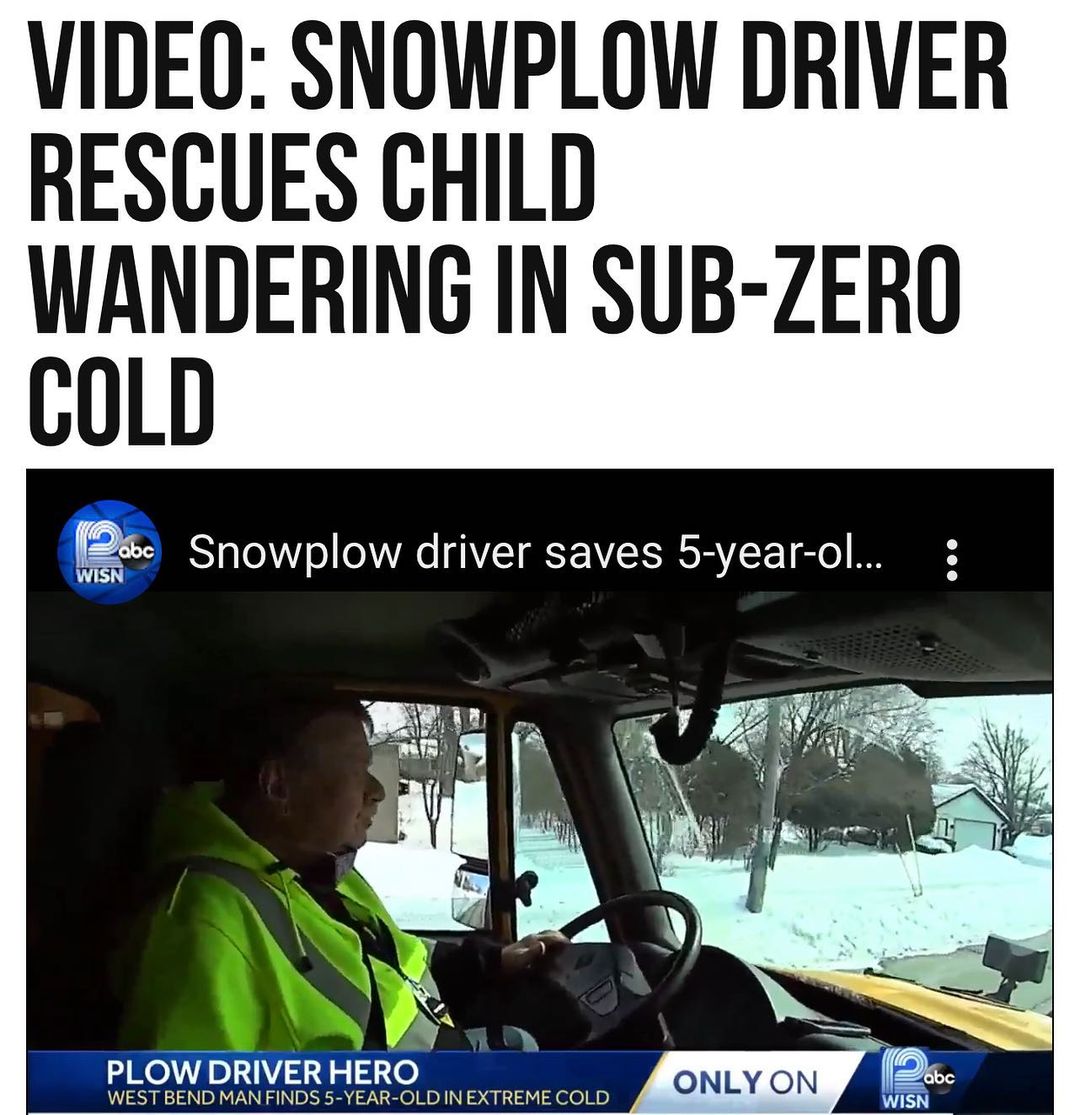 A snowplow driver in #WestBend, #Wisconsin, saved a little boy who wandered away from home in freezing temperatures.

David Gehrke was clearing streets on February 12 around 4:00 a.m. when he saw something near his wing blade, NBC 12 reported.

“It was snowing, blowing, and miserable,” Gehrke recalled.

“I realized that was not a dog or a deer. That was a small little boy dressed in a pair of just a zip up, onesie pajamas. But that light on the side of my truck illuminated him. 4 a.m., and it’s like, ‘What is he doing out here?’” he continued.

Five-year-old Maddox Pierce wore no shoes, hat, or jacket and temperatures had plunged below zero.

Once he saw him, Gehrke knew what he had to do.

“I immediately took my jacket off, wrapped it around him and put him in the truck. I called police dispatch. I got the heat blasting in the truck. I’ll keep him warm until we get help on the way,” he said.

On what appeared to be his Facebook page, the snowplow driver shared a photo of the street where he found Maddox.

When officers arrived, they put the boy in a cruiser and took him home. Maddox told the officers he was frightened because he thought he was in the house alone, so he set out for his grandfather’s residence.

“His 14-year-old aunt had been babysitting while his mom, Brittany Weissenburger, was at work,” the NBC report stated.

Weissenburger expressed her deepest thanks to Gehrke for saving her child.

“I’ve been a mess since everything happened. He’s never, ever done anything like that before,” she noted. “I’m so thankful. What are the odds that he would find him at that exact moment that he pretty much came outside?”

Following the rescue, police gave the snowplow driver a certificate of appreciation.

“An award is great and l am very thankful for it, but the best reward I got was handing that child to a police officer as l know he would be safe,” Gehrke wrote in a Facebook post on February 15. #binspirednews