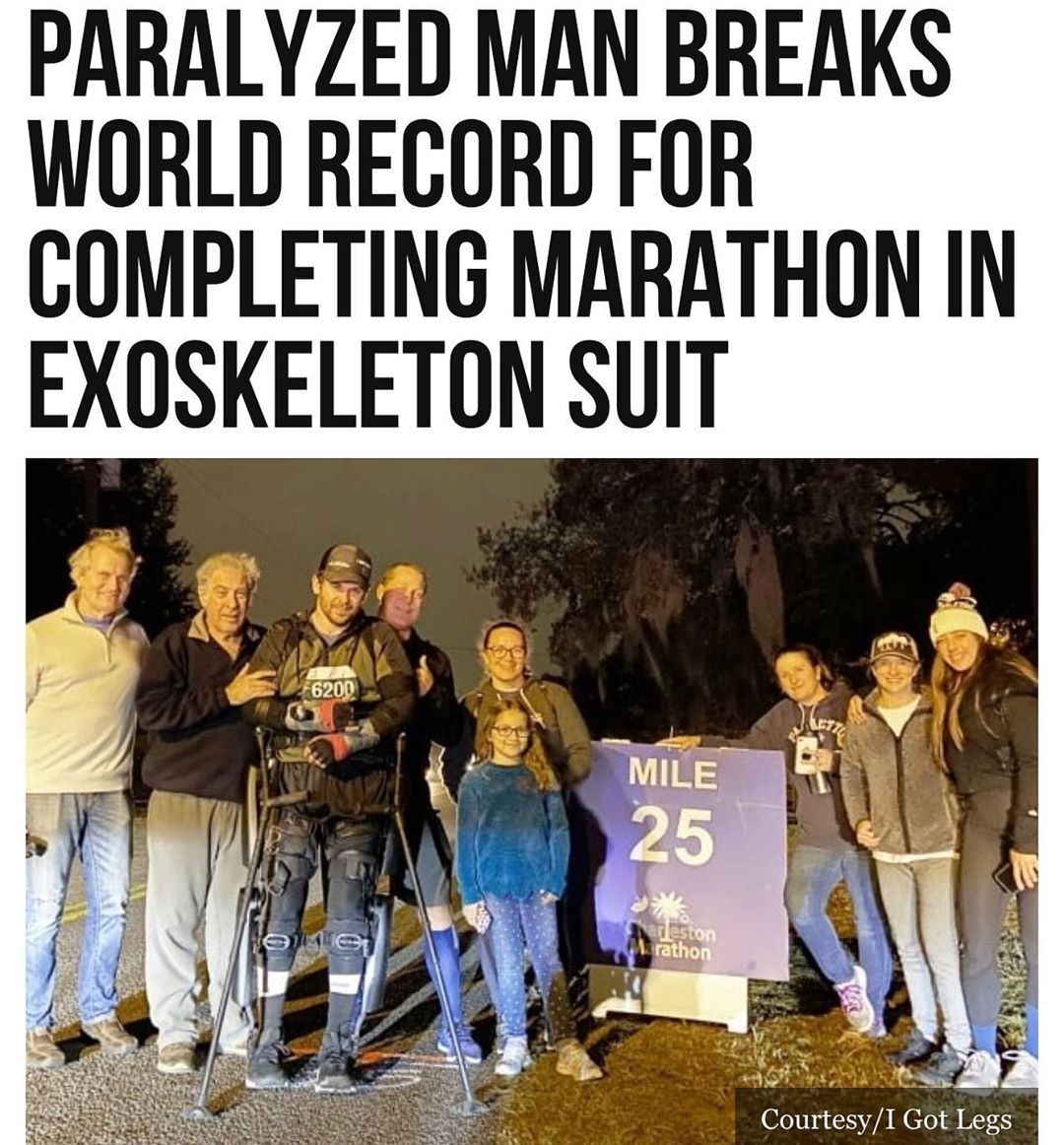 A #SouthCarolina man paralyzed from the waist down on Saturday broke the #WorldRecord for the fastest time to complete a #marathon while wearing an exoskeleton suit.

The #GuinnessBookofWorldRecords stated the current record-holder is British man Simon Kindleysides, who completed the 2018 London Marathon in 36 hours and 46 minutes.

Guinness has not yet certified Gorlitsky’s results, which he said he planned to submit to the record organization on Monday.

Gorlitsky started walking the marathon Thursday night and finished Saturday morning without stopping for any breaks to sleep. “I’ve been attempting to break Simon’s record for about a year now,” Gorlitsky told CNN. “And now that I have, the second I crossed that finish line, I have a whole new level of respect for him and anyone who walks a marathon wearing an exoskeleton suit. It wasn’t easy at all.” The Charleston Marathon was Gorlitsky’s second marathon attempt. His first attempt was at the Los Angeles Marathon in 2019, where he walked 17.2 miles before stopping.

In December 2005, Gorlitsky suffered a severe spinal cord injury after getting into a car accident, leaving him paralyzed from the waist down.

Doctors said he would never be able to walk again, but ten years later, Gorlitsky was able to stand and walk with the use of a ReWalk Robotic Exoskeleton.

Since 2016, Gorlitsky founded the nonprofit I GOT LEGS— an organization dedicated to improving the lives of the disabled— after he walked a shorter race in Charleston. The 6.2-mile race took him nearly seven hours to complete. “My spinal cord injury doesn’t define who I am,” Gorlitsky said. “The message that I want to come out of this is that your injuries, your physical disabilities, your adversities will never define who you are.” #binspirednews

Germany Is Faring Poorly in the Second Wave of the Coronavirus

In Hong Kong’s post-pandemic new normal, women and girls should be front and centre