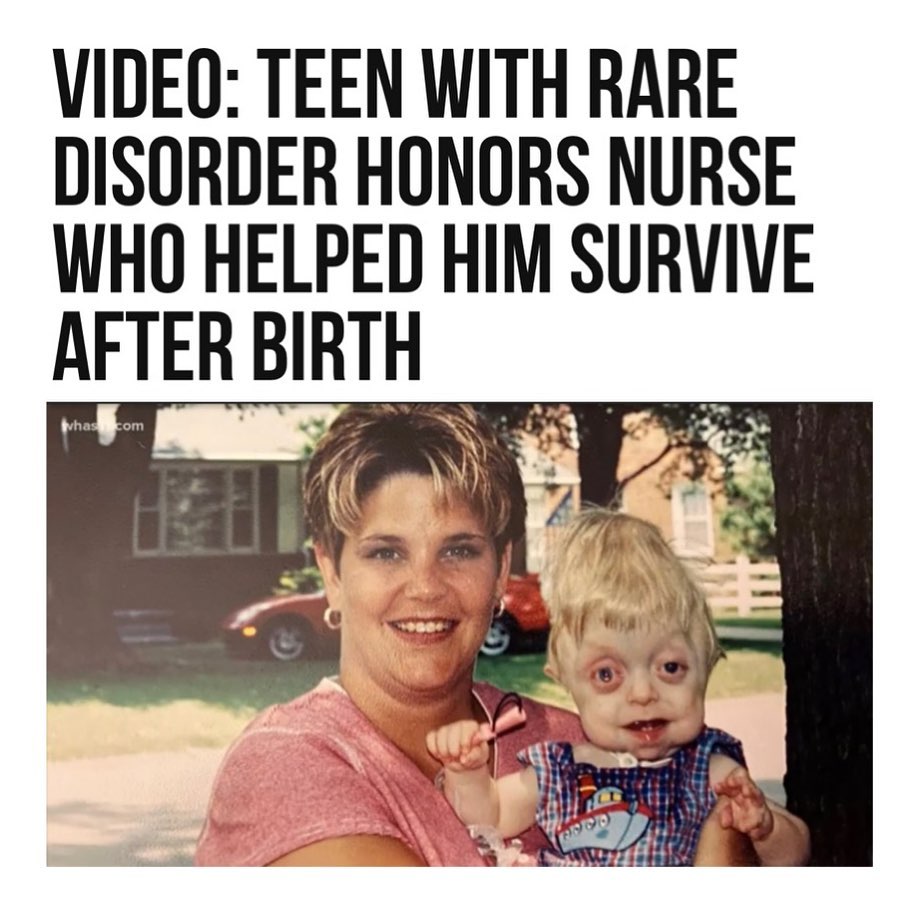 A teenager in #Owensboro, #Kentucky, is thanking the hospice #nurse who remained with him through one of the hardest nights of his life.

Braden West was born with Pfeiffer Syndrome Type 2 and doctors said at the time he had only months to live, according to Fox 8.

However, the now 18-year-old is about to start his senior year at Apollo High School, thanks in part to a nurse named Michele Linn.

“I was having trouble breathing. I struggled all my life learning how to breathe,” he explained. “(She) tried to help me revive life and God answered her prayers and here I am.”

A few months after his birth, Braden was placed in hospice care due to health complications.

One night while he struggled to breathe, Linn arrived to watch over him and performed chest physical therapy and postural drainage for many hours.

“I just remember, you know, just praying, you know, ‘Lord just either take him home or make him better. Because… no one can watch him continue to go through this,’” she recalled.

Thankfully, Braden survived the night and continued to grow stronger as the years passed. He was the first patient Linn ever discharged from hospice care.

In a Facebook post on September 5, she recounted the young man’s story and said, “To know him is to love him.”

“He is kind, smart, loves his family, friends, fishing, planes, Luke Bryan, his truck, and most of all…..he loves Jesus. His faith is so important to him and he shares it with anyone who will listen,” Linn wrote.

“To see him now, there is no doubt why God chose for Braden to stay,” she continued.

As a gesture of thanks, Braden asked Linn to take his senior photos and be in some of the pictures with him.

“Knowing that I almost passed away. Next thing I know God had other plans for me,” he concluded. #binspirednews

Coronavirus: Some 7 in 10 Tokyo cases have E484K mutation, report says