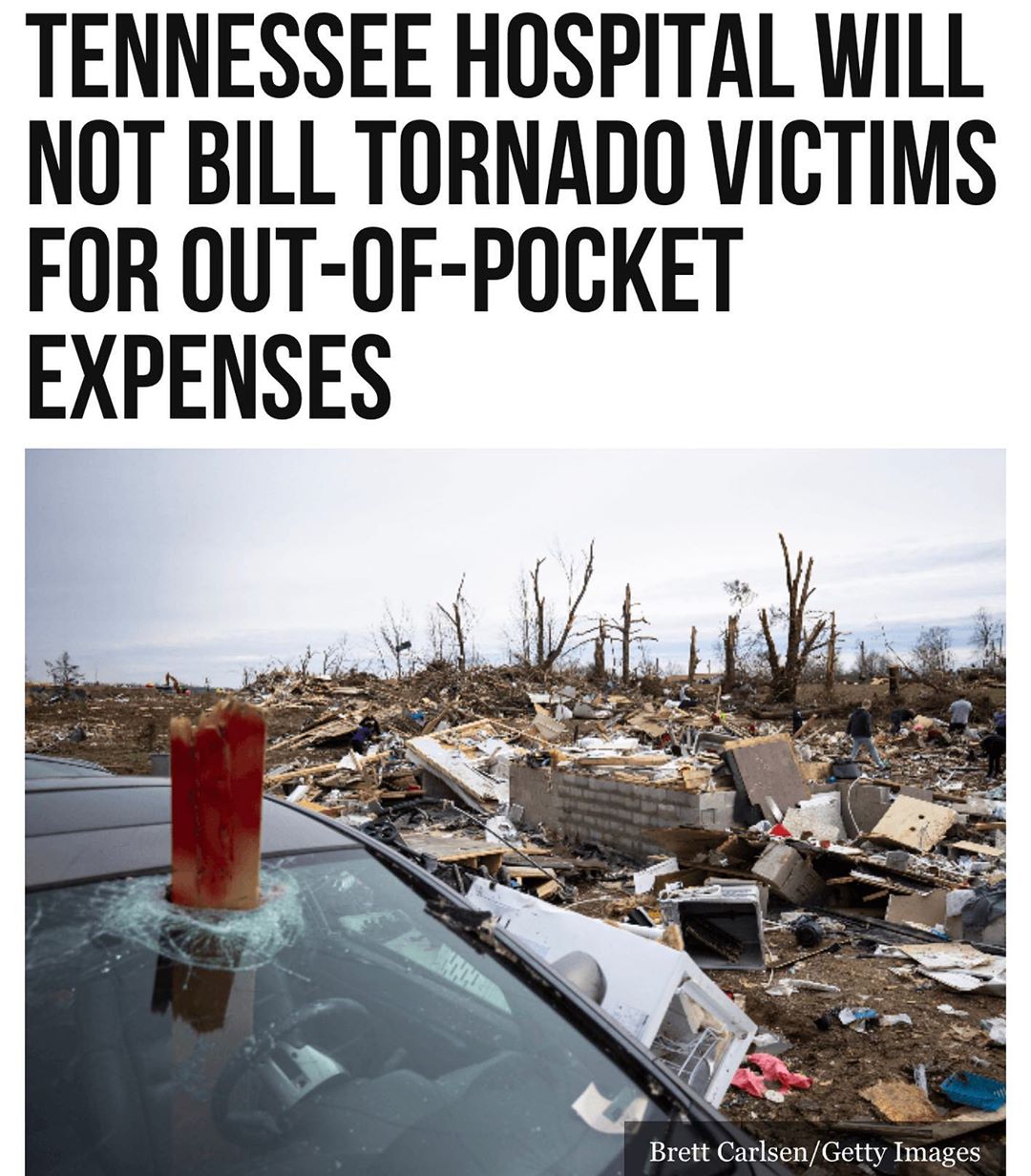 A #Tennessee hospital will not bill its 82 #tornado victims for out-of-pocket costs incurred from treatment related to deadly #tornadoes in the area.

#CookevilleRegionalMedicalCenter said it will bill patients’ insurance providers, but will not send patients a bill. Uninsured patients will also not receive a bill for outstanding medical costs. “We’re going to bill the insurance and accept the insurance payment as payment in full,” CFO Steve Ramey told the Herald-Citizen. “None of the patients will get a bill from us.” Ramey added that patients might still receive bills from the ambulance ride, independent physicians, and other hospitals if they were transferred, but stated that if patients receive a bill from #Cookeville Regional Medical Center they can let the business office know so the charges can be removed.

The strongest tornado from Monday night into Tuesday created 175 mile-per-hour (mph) winds and stretched out for eight miles in #PutnamCounty.

President Donald Trump surveyed the damage on the ground in #Putnam County on Friday, where 18 people died.

Tornadoes also hit Nashville and Wilson counties, as well as other counties in the state. #binspirednews

Why is the US investigating the origins of the coronavirus?