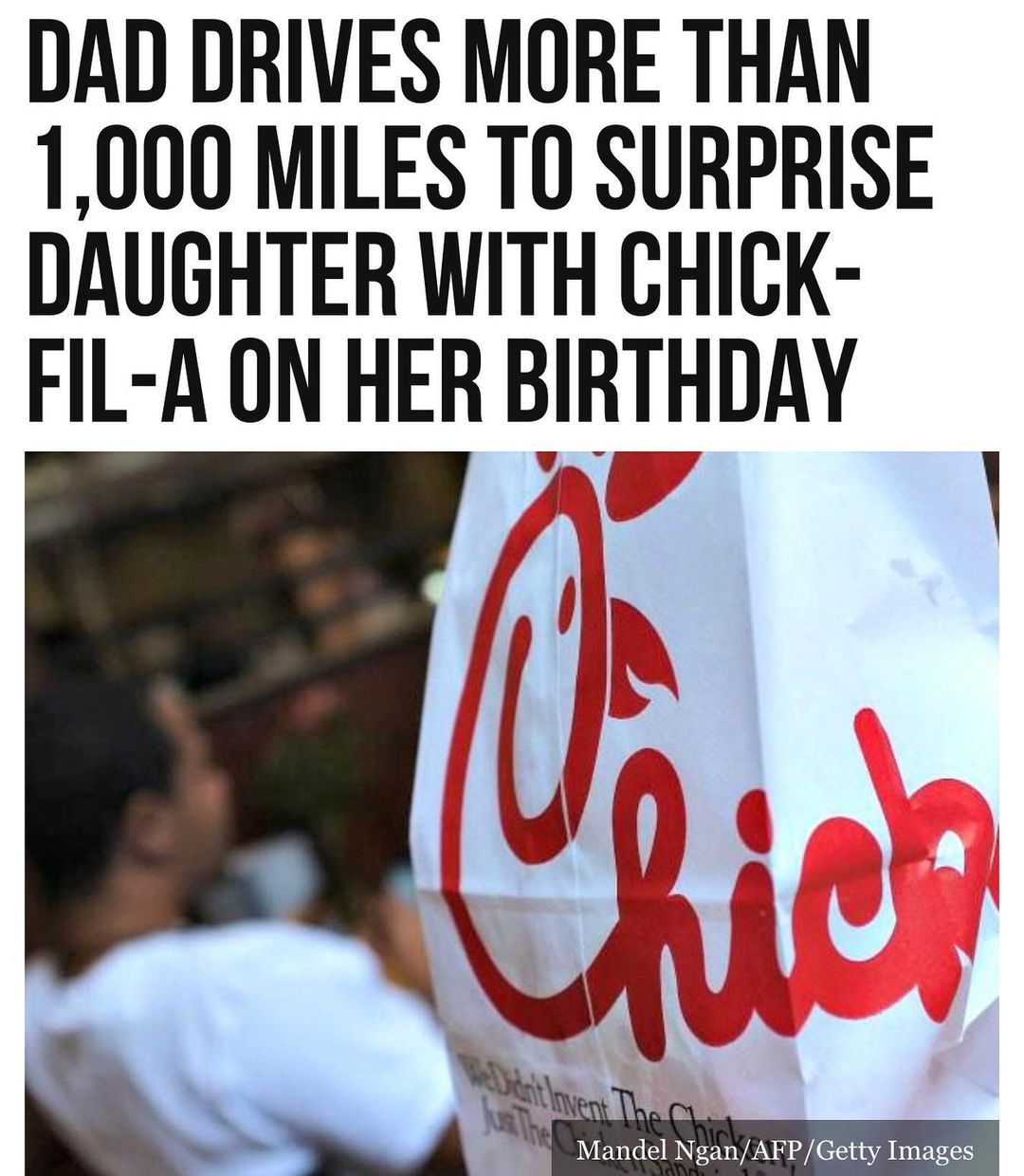 A #Texas dad recently drove more than 1,000 miles to surprise his daughter with a #ChickfilA meal on her #birthday.

Julio Cesar Segura, 53, began his eight-and-a-half-hour journey from #ElPaso, Texas, to Austin, Texas, at 4:15 a.m on May 8 to visit his daughter, Diana Segura Lerma, on her 19th birthday.

The dedicated dad and realtor spent 17 hours in the car and drove 1,152 miles only to spend 30 minutes with his daughter and to drop off her favorite Chick-fil-A sandwich — a chicken sandwich with pepper jack cheese, mayonnaise, and buffalo sauce.

Julio and Diana each share a sandwich together for lunch as a tradition for her birthday.

But this year was extra special for Diana since she did not expect her dad to show up at her residence. “He told me that since he couldn’t do much, he wanted to know what I’d like for lunch and he would send an Uber Eats order,” Diana told SWNS. “He brings me that sandwich for lunch on my birthday every year — so far he hasn’t missed a year.” But instead of a delivery driver, Diana opened her door to see her dad holding balloons, a Chick-fil-A bag, and posters wishing her a “Happy Birthday.” “I decided to go the day before. I love her and I wanted to make sure she had a good birthday,” Julio said.

Diana felt shocked when she saw her father show up at her apartment. “I was so excited. I haven’t seen him in months, since winter break. I didn’t think that I would see him again until August,” she said. “He has always been someone who loves gestures, but I never imagined he would do this in a pandemic.” Although she was excited, she was a little upset she could not hug him. “When you see a loved one and they come so far to see you, it’s your instinct to hug them,” she said.

Because they were concerned about the #coronavirus, each of them ate their meals six feet apart on a terrace outside Diana’s apartment.

Julio was happy with how his surprise turned out. “I was the driving the whole day, but I was so happy on the way back,” he said. “She deserved a good birthday.” #binspirednews