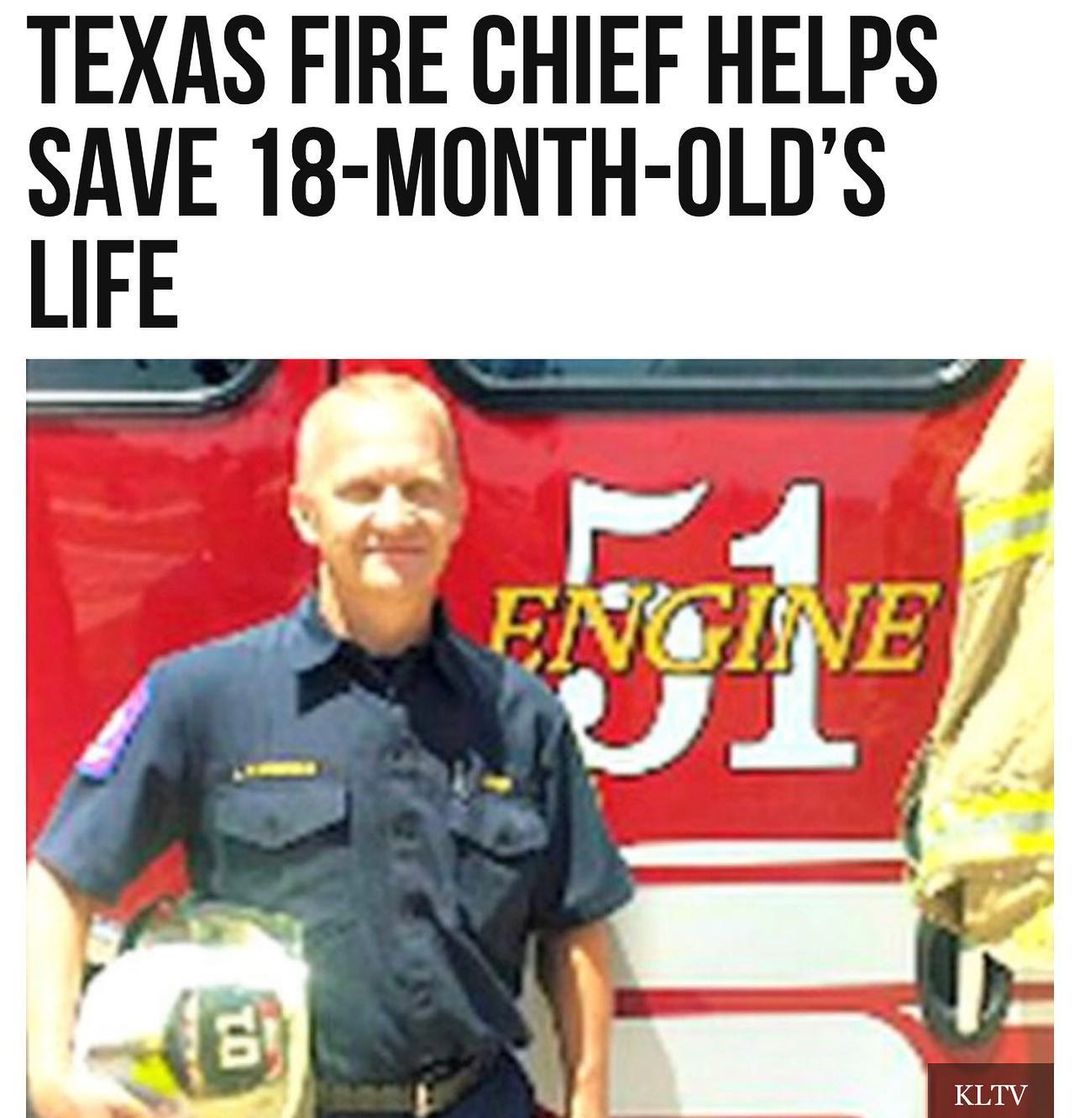 A #Texas fire chief helped save an 18-month-old’s life when the child was in danger of drowning this week. “I was making my way through #HarborPoint and a lady walked out into the street and she was waving her hands and I went ahead and moved forward,” Joseph Lindaman, the Gun Barrel City fire chief, told KLTV. “She said that her baby was drowning.” Lindaman, being a trained fire chief, knew what to do. But he ran into some obstacles on the way. “I ran into obstructions on the gate at the back fence, ran back through the house, tripped over a #dog, and finally made my way out back where a young lady was doing back blows on a baby,” he said.

Lindaman credited the woman for being the first to help save the baby’s life by performing CPR on the infant before help arrived. “I continued what she was doing and listened for air movement, and I gave a breath and the baby started doing like a reflex breathing just on and off every few seconds,” said Lindaman. “The face was blue/gray, purple around the lips.” Lindaman said the scenario was eerily relatable because he also has a two-year-old at home.

In a Facebook post by the Gun Barrel City Fire Department, the child was eventually “treated at the scene by UT Health EMS and then flown by helicopter to Children’s Medical Center in Dallas by UT Health Air 1 Helicopter.” The child was released from the hospital the following day.
#binspirednews

US coronavirus stimulus reignites China's criticism of dollar hegemony, but no alternative seen any time soon

Frequently Asked Questions from Operators or Managers of Pools, Beaches, Waterparks, and other Aquatic Venues