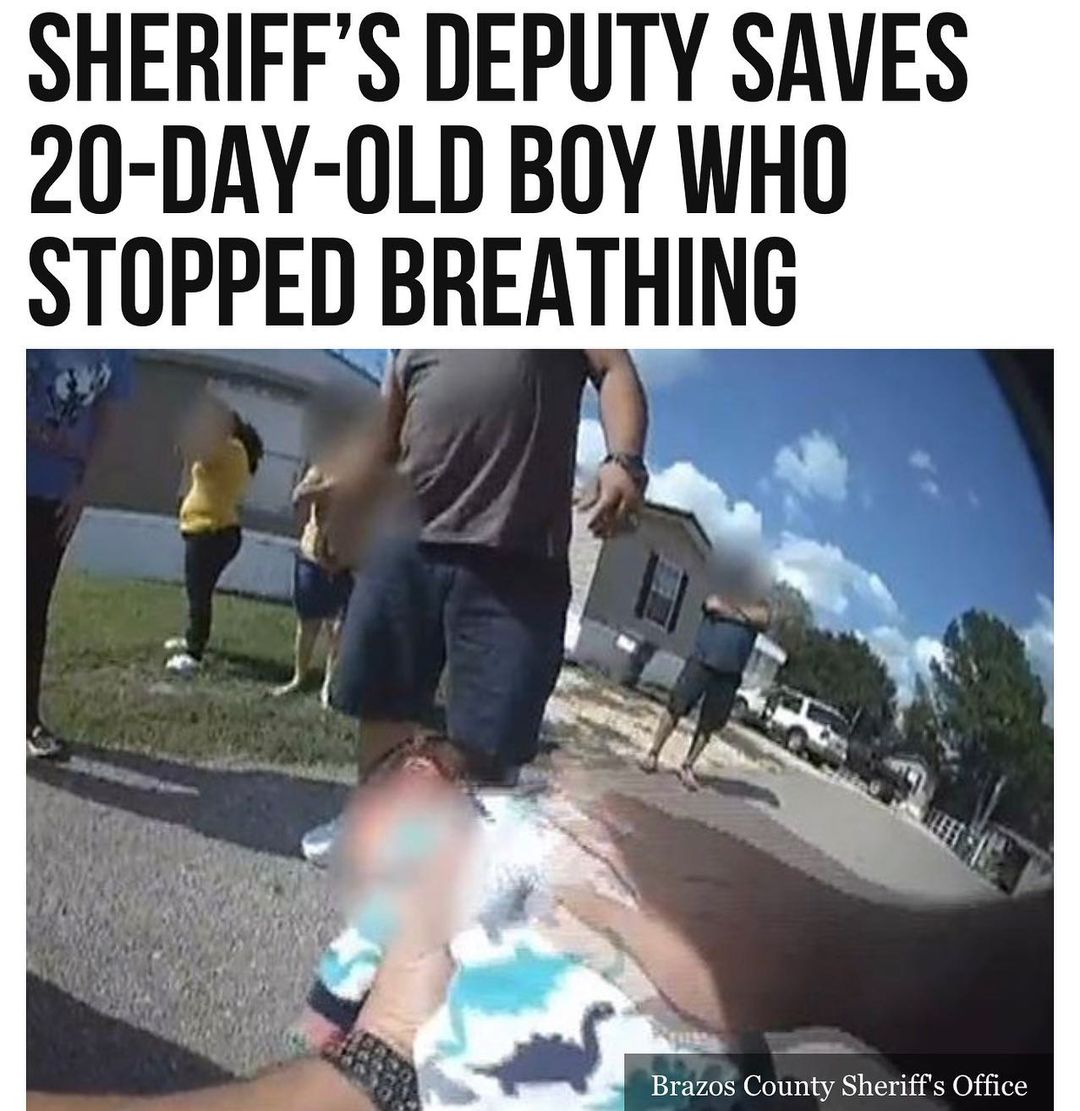 A #Texas #sheriff’s deputy is being hailed as a hero for saving a 20-day-old boy who stopped breathing.

Deputy Adam Dodson was recently awarded the Life Saving Medal for his heroic actions on September 18, when he responded to a call at the mobile home where CPR had been performed on the baby, KTRK reported.

When Dodson arrived, he said the baby was not breathing and unconscious.

“With the baby’s parents looking on in desperation, [Dodson] began to perform life-saving measures, clearing the child’s airway and performing the Heimlich maneuver for infants,” said the sheriff’s office in a statement.

Dodson said that after what he felt was the longest minute of his life, the baby was breathing on his own. The baby was then transported to the hospital.

“Adam’s calm and decisive action unquestionably saved this baby’s life, and he, without a doubt, deserves to be awarded the Life Saving Medal,” said the sheriff’s office.

Dodson is not the only law enforcement official to step in to save the life of an infant.

In August, a rookie police officer in Pennsylvania saved an unresponsive baby’s life by doing back blows, and this month, an off-duty school resource officer who was only on the job for two weeks saved a three-week-old baby’s life after performing CPR. #binspirednews

Data on COVID-19 during Pregnancy: Birth and Infant Outcomes

Germany – Chancellery Chief of Staff: “Our Goal Is to Reduce the Number of Cases Very Quickly”