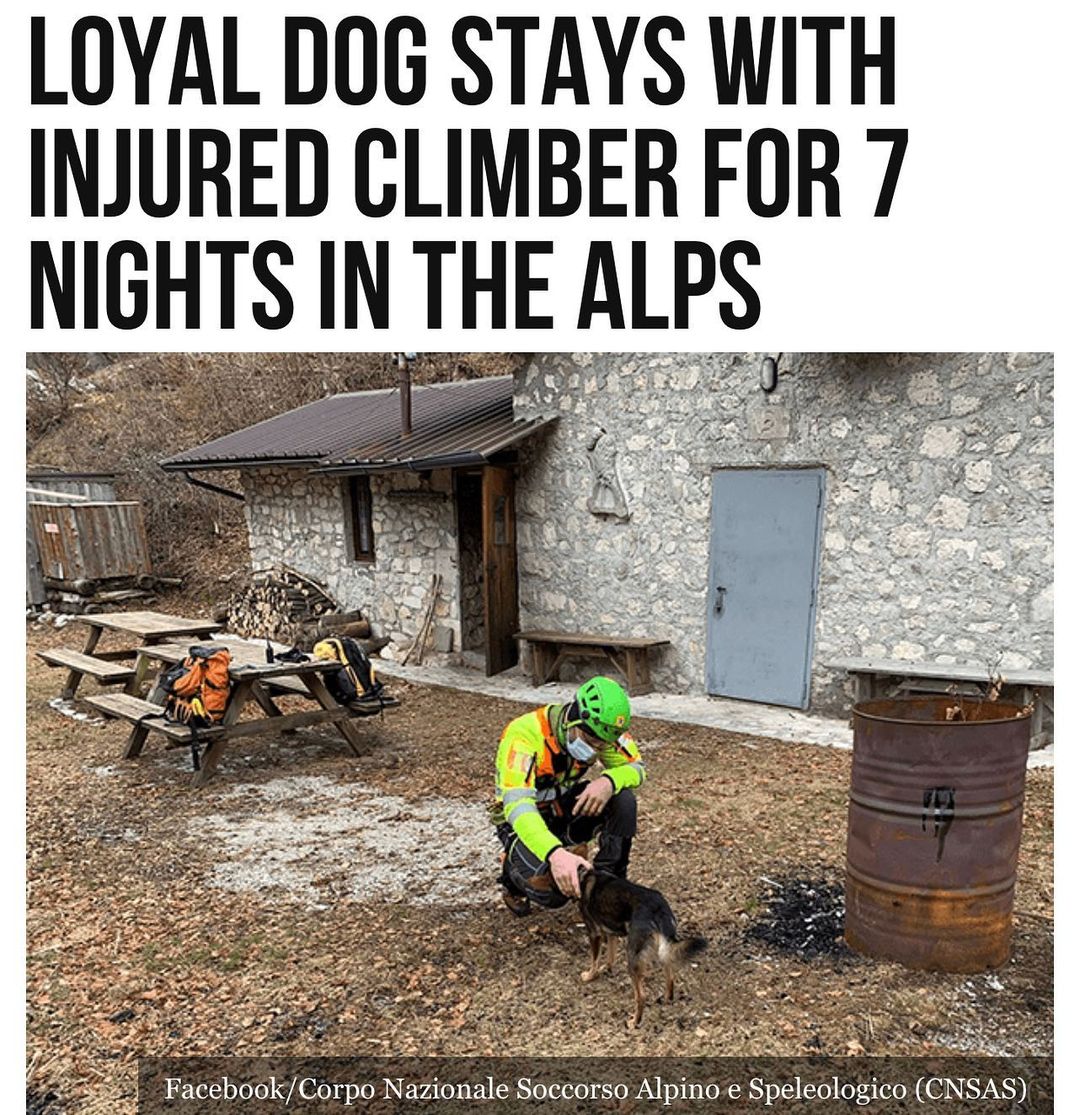 A tiny mixed breed #dog named Ash was loyal to his owner in freezing temperatures, saving his life as he tried to navigate the slopes of the #Italian #Alps.

The #hero dog stayed with the unidentified 33-year-old from #Trieste, #Italy, for seven days and nights in below-freezing temperatures after the climber fell and broke his ankle, People reported.

“The man was wounded and badly bruised but conscious and had the little dog, Ash, next to him,” reads a Facebook release by the Corpo Nazionale Soccorso Alpino e Speleologico (CNSAS) mountain rescue team about the incident.

“He claimed that he had slipped several meters into a canal and dragged himself, albeit with a broken ankle and other traumas, as close to the creek water as possible and that he managed to survive thanks to the company of the doggy,” the post adds.

Ash was enjoying an annual winter hike with his owner when the accident happened 2,300 feet up in the remote Alpine foothills.

The climber was unable to use his cellphone to call for help due to the lack of cell signal in the area. Both the climber and the dog had planned to spend their nights in bivouacs and mountain huts.

The climber’s fiancée reported them missing last Monday when they did not return according to schedule.

A helicopter rescue team spotted the pair from the air when a search volunteer saw a thermal blanket. Rescue crews later discovered the climber covered in leaves Thursday morning.

The climber was “thirsty and hungry” when rescuers found him and was loaded onto the rescue helicopter along with his four-legged friend. #binspirednews