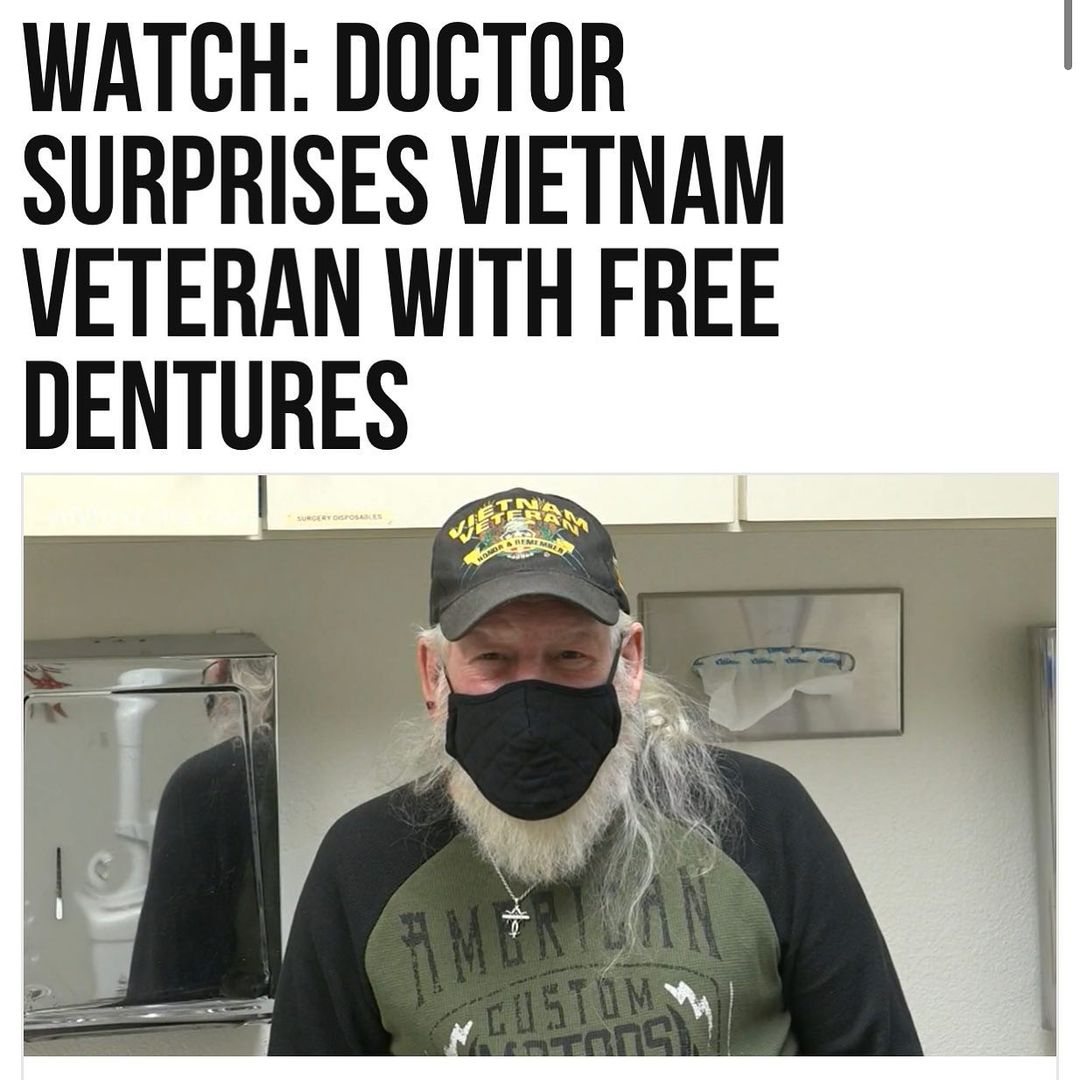 A United States #Army #veteran in #SanAngelo, #Texas, is smiling again thanks to a doctor’s #VeteransDay gift.

When 65-year-old Bruce Allred joined the Army years ago, he had a bright smile, according to the San Angelo Standard-Times.

“I used to have beautiful teeth,” he recalled. “Then the first day I was in prison I got hit in the mouth.”

One of his front teeth was knocked out and others damaged later in a motorcycle crash.

“Allred found himself running afoul of the law after his four years of military service, racking up several DWI convictions that landed him in and out of jail,” the newspaper said.

During his time in prison, the veteran said he “started reading the Bible cover to cover, and over a two-year process, sitting on the edge of my bed, I confessed my sins and asked Jesus to come into my life.”

Now, he volunteers in prison ministry with the Forgiven Ministries of San Angelo to help others with experiences like his own.

On Wednesday, Allred had an appointment with Dr. Alan Rodriguez at Affordable Dentures and Implants, but when the doctor heard his story and learned he did not qualify for VA benefits, he decided to restore his smile for free.

“They selflessly served this country, and sometimes, as Bruce expressed, finance can be a limitation towards his treatment, and this is just one way we can give back to our community,” Dr. Rodriguez told Fox West Texas.

In the military, Allred became a U.S. Army Ranger and near the end of the Vietnam War, he helped evacuate troops while working on an aircraft carrier in Cam Ranh Bay.

“We saved a lot of lives during those trips, but there are a bunch of names on that big black wall who I know,” he said in reference to the Vietnam Veterans Memorial in Washington, DC.

Following his procedure, Allred explained that he never expected someone to give him dentures for free.

“They didn’t hand me a bill yet, so they are pretty good people. They are looking out for us,” he commented. #binspirednews

A Dangerous Divide: The Growing Debate over the Suspension of Vaccine Patents

Australia says COVID-19 inquiry is ‘reasonable’, not targeted at any country