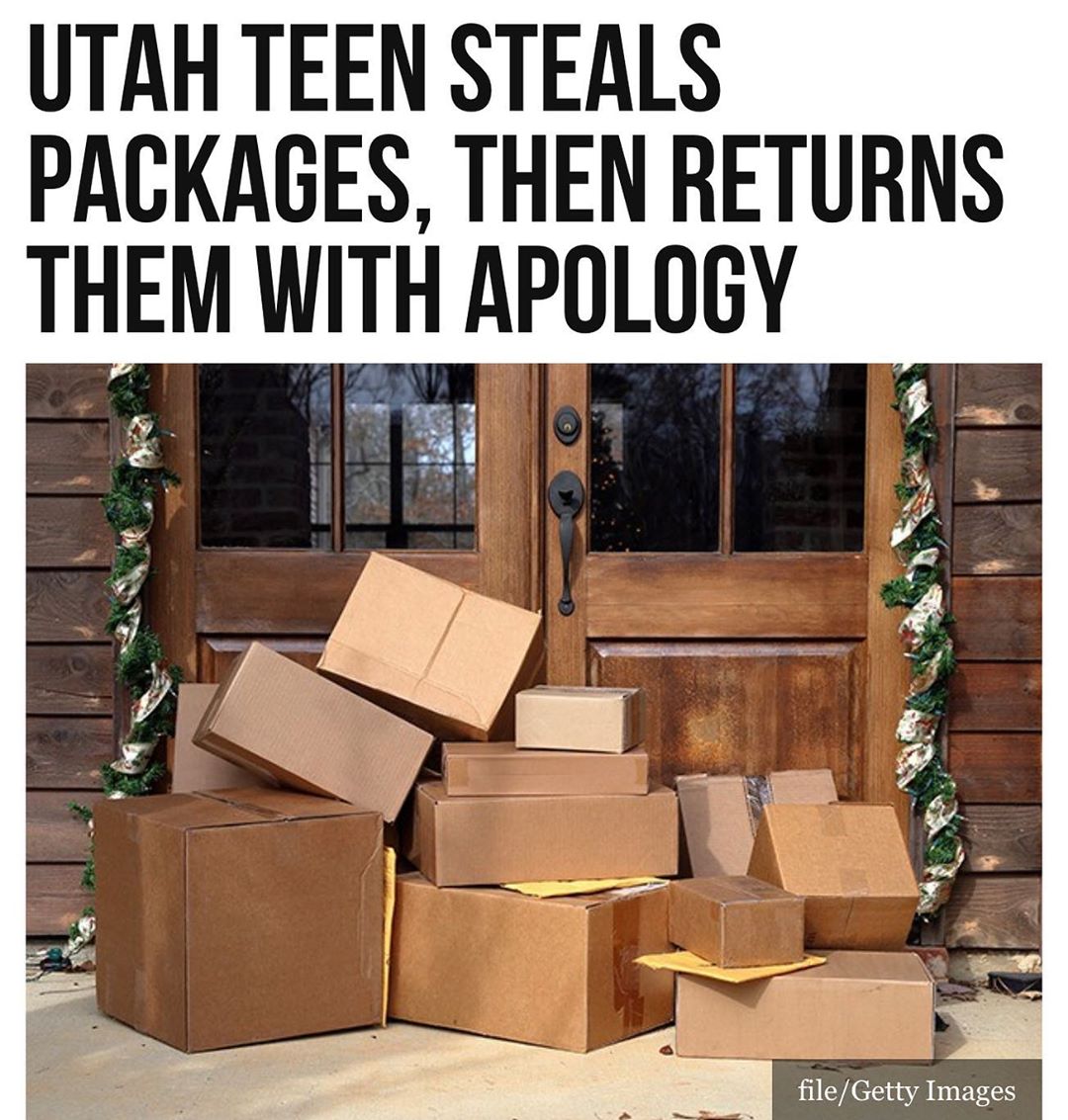 A #Utah family’s packages stolen off their front porch were soon returned to them — apology included. “We saw them getting taken right off our porch,” resident Amie Holland told KSTU.

Surveillance video showed a teenage boy taking three packages from the Holland family’s home on Saturday afternoon. “We saw them getting taken right off our porch,” Amie Holland said.

The packages contained shoes, a dress, and volleyball ankle braces inside for 15-year-old Bailee Holland. “The chance of us getting it back was really slim,” said Bailee.

Thinking it would be a longshot to get those packages back, Amie asked Bailee to post the video on social media to see if anyone on the Internet would recognize him.

It turned out the teen’s father was the one who recognized the video. The following Monday, the teen appeared with his father by his side to give an apology and give back the packages.

The packages are now back and one is tucked away under the family Christmas tree. “I didn’t have any bad feelings. I didn’t want to press charges. I just wanted to have a good outcome of it and we did and it worked out perfect,” said Amie.

This is not the first time suspected package thieves, often dubbed as “porch pirates,” have rethought their decisions and apologized for what they did.

Two women accused of stealing packages off of a porch in Washington state returned the packages with an apology note after they realized the package contained toys for a sick five-year-old boy. #binspirednews