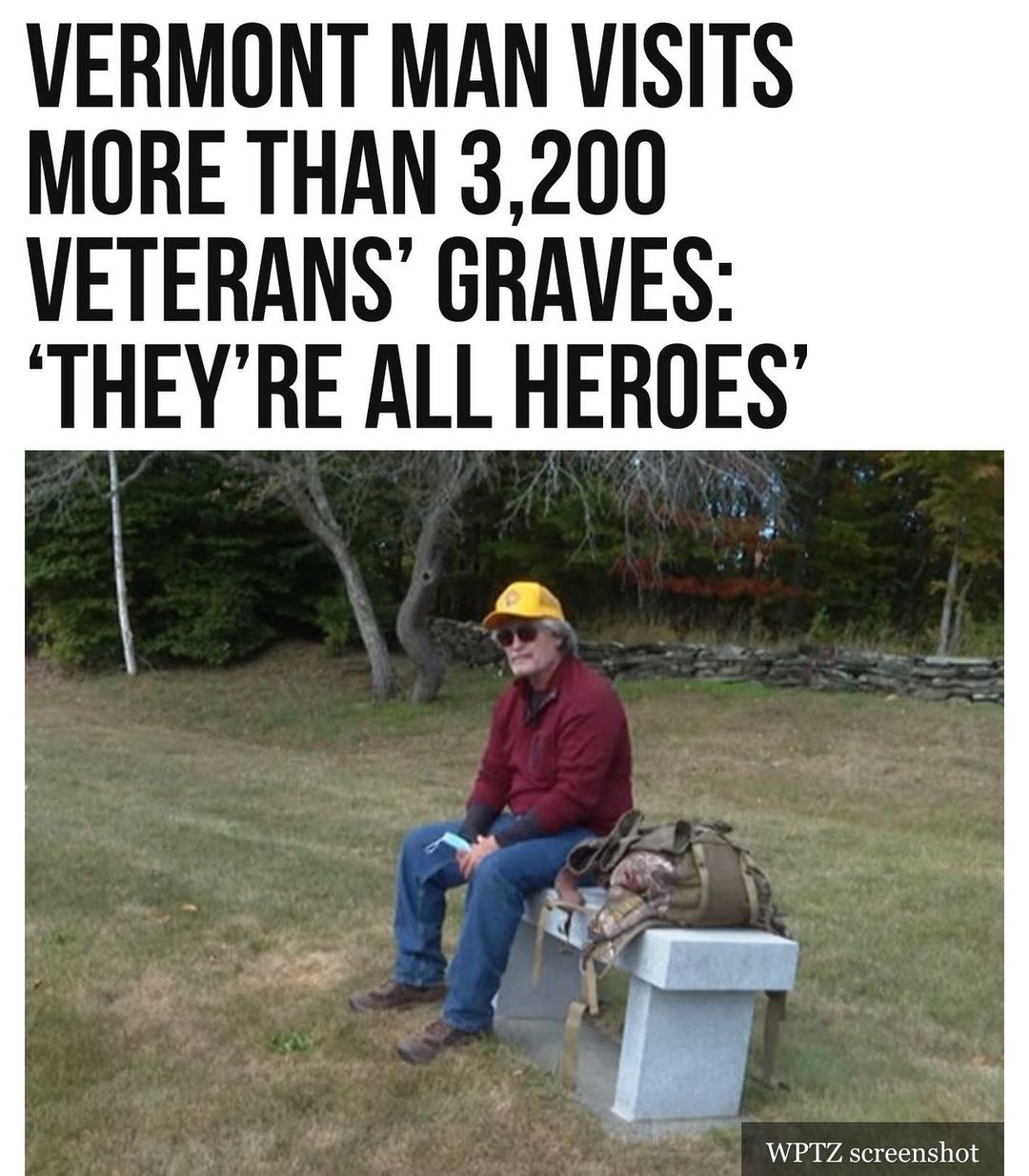 A #Vermont man spent Wednesday morning visiting the graves of more than 3,200 veterans buried at the Vermont #VeteransMemorialCemetery.

Williams told WPTZ that he usually goes to the cemetery to visit the grave of his farther, an Army veteran. He added that he thanks all the veterans buried there for their service.

“I’ve (also) got a couple of friends who are buried here,” he told WESH.

But last Wednesday’s visit was different. Williams added that the other men and women who served our country who are buried there deserve our respect.

“I wanted to touch every stone here today and say their names and pay respect to these men and women that have served our country,” he said. “They’re all heroes. I’m just a guy from South Burlington who just wanted to pay respect.”

The Navy veteran says it is the best he could do to honor them, remember them, and let them know that they did not die in vain.

The U.S. Department of #Veterans Affairs announced in June that national cemeteries would remain open during the coronavirus pandemic for visitation and burial services. #binspirednews

Houston reports COVID-19 death in child with no underlying conditions