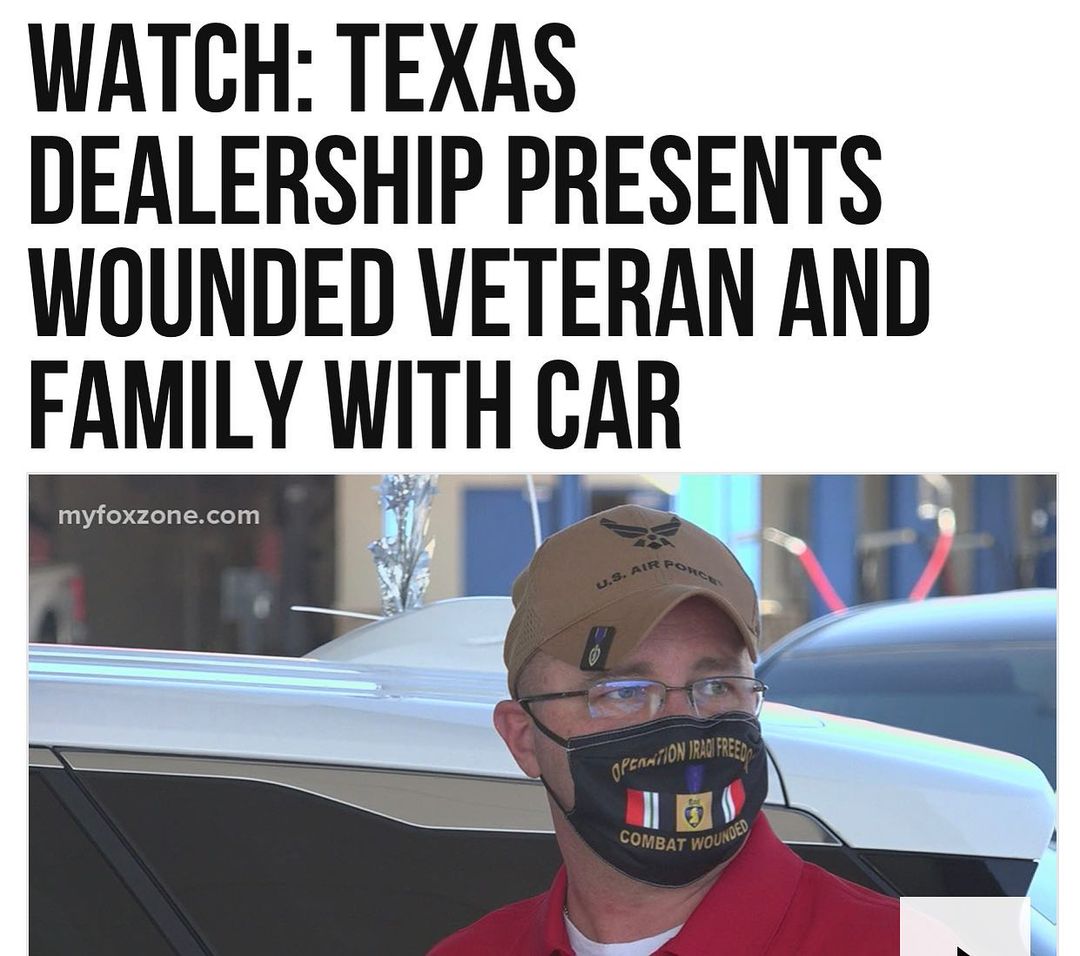 A #veteran in #SanAngelo, #Texas, now has a reliable set of wheels thanks to #WellsFargo, the Mitchell Buick-GMC, and the #MilitaryWarriorsSupportFoundation.

During his time in the service, retired U.S. Air Force Staff Sgt. George Campbell received several military awards and was also wounded in combat, according to the San Angelo Standard-Times.

To honor his sacrifice, Campbell received a 2020 GMC Terrain during a ceremony at the Mitchell Buick-GMC dealership on Thursday, a gift made possible by the Military Warriors Support Foundation’s Transportation4Heroes program.

“Our founder, (Ret.) Lt. Gen. Leroy Sisco, saw that there was a need to support our families as they transition out of the military and restructure themselves into civilian life in their communities,” said the foundation’s David Dougherty.

In a tweet following the ceremony, the organization shared photos of the veteran and his family with the car.

Campbell was wounded while supporting combat operations during his deployment to Iraq in June 2005 and later awarded the Purple Heart, Fox West Texas reported.

The medal is “one of the most recognized and respected medals awarded to members of the U.S. armed forces,” according to the U.S. Department of Veterans Affairs.

“Introduced as the ‘Badge of Military Merit’ by General George Washington in 1782, the Purple Heart is also the nation’s oldest military award,” the agency said.

At the ceremony last week, Campbell expressed his thanks for the gift and said he and his family were already planning where they wanted to go in it.

“Now the boys and I can travel back and forth to West Virginia to see my dad and their grandad and we won’t have to worry. We have a solid vehicle now,” the veteran explained.

“It will give us a little more freedom to do what we want to do,” Campbell stated. #binspirednews

Protect Yourself When Using Transportation