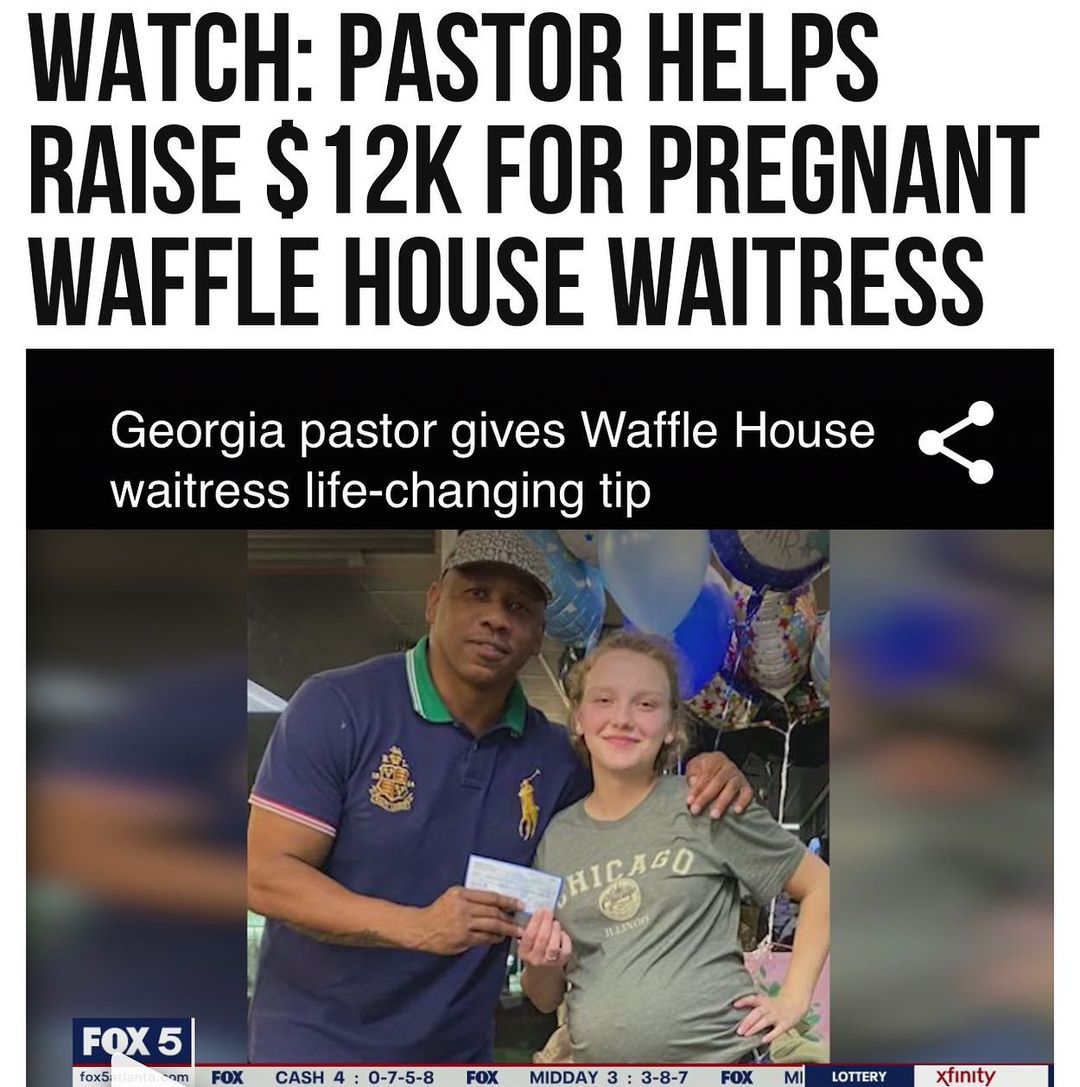 A #WaffleHouse employee in #HenryCounty, #Georgia, got the surprise of a lifetime from a local pastor this week.

When Bishop Eusebio Phelps went into the restaurant to enjoy a meal on Wednesday, he met a young waitress named Hannah Hill, according to Fox 5.

“She was just so kind and she was so pleasant. She was a sweetheart and that just touched my heart,” said Phelps, who leads New Faith Christian Church in Stockbridge.

The young woman is pregnant with her second child and recently fell on hard times. Because of that, the pastor was moved to give Hill all the money in his wallet.

However, his desire to help her did not stop there.

Following their encounter, the pastor sent out a call on Facebook asking others to donate. It did not take long for the money to start pouring in.

“Well with the help of our entire Church family New Faith Christian Church and all the communities of social media and word of mouth $12,000 was raised and given to Hannah,” the church said in a Facebook post on Friday.

“I was asleep in the car and my mother-in-law called and said ‘You’ve got to get down to the Waffle House now,’” Hill recalled.

The moment she walked into the restaurant, the young woman was overwhelmed with cheers and applause.

What made the surprise even more meaningful was that Hill had planned to name her baby Samuel. Unbeknownst to her, Phelps’ son, who passed away in 2013, was also named Samuel.

“I felt like it was the presence of God. It was a God-ordained moment for our paths to cross last night,” Phelps told her in the Facebook video.

In addition to the money, the church gave Hill free child care for a year at its day care and learning center.