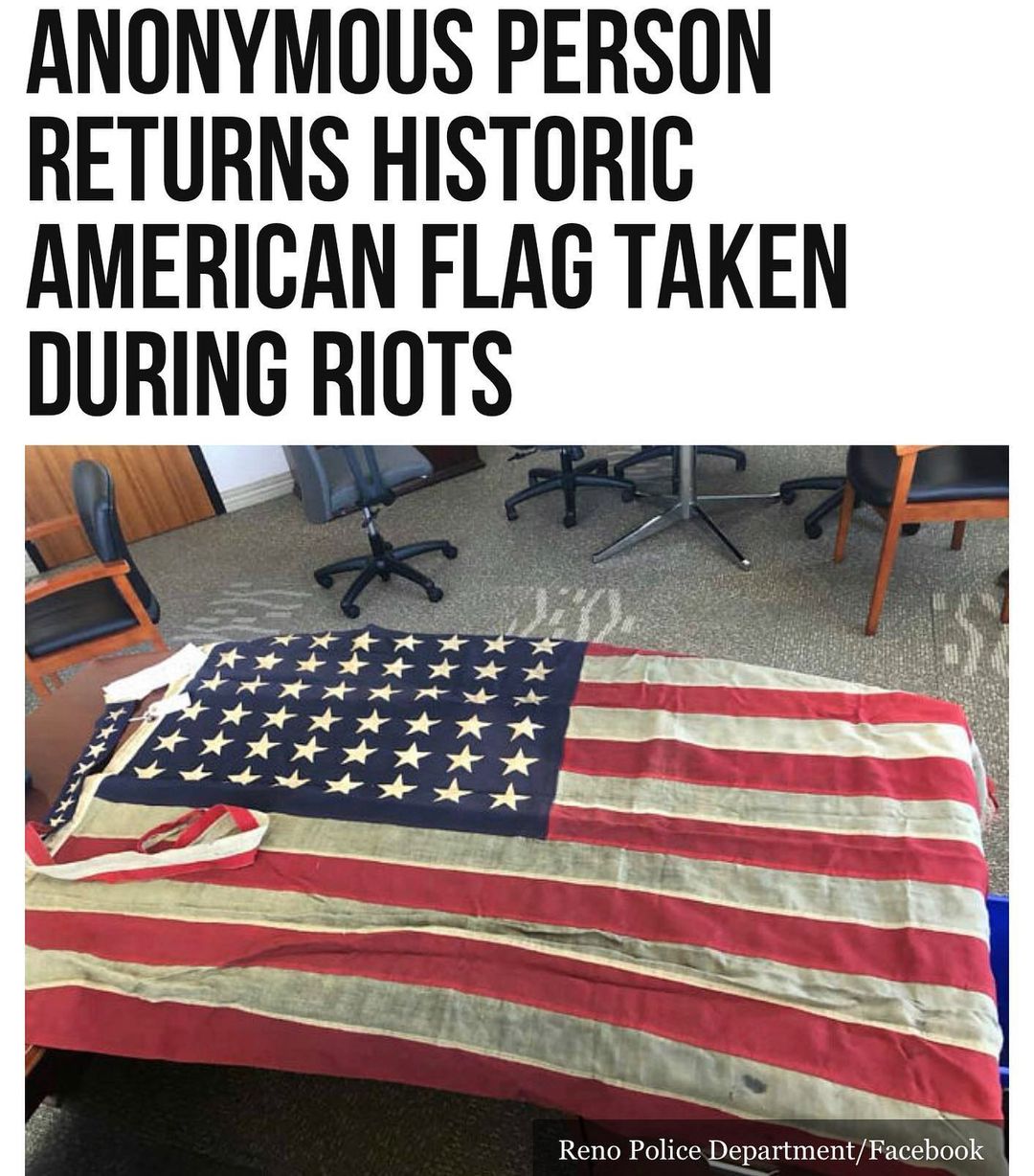 A woman in #Reno, #Nevada, got an unexpected delivery recently after a piece of #AmericanHistory went missing on Saturday.

When an American flag from the U.S.S. Reno disappeared from #RenoCityHall over the weekend due to #rioters breaking into the building and smashing its display case, staff members were devastated, according to News 4. “The men of the U.S.S. Reno were credited with shooting down five enemy airplanes and assisted in the downing of at least two more at Iwo Jima,” the report said.

The flag, on loan from the Department of the Navy, was an irreplaceable piece of the nation’s history and was feared to have been destroyed by fire.

However, when News 4 Content Manager Kenzie Margiott arrived at work on Tuesday, a box with her name written on it was there waiting. “I have an upcoming birthday, so I thought maybe a family member or friend sent a gift to the station,” she wrote. “I opened the package with extreme caution, and inside I found a tattered flag with a manila tag labeled, ‘85-55-A USS Reno CL-96′ and handwritten note in Sharpie that read, ‘Needed protecting. Looters were flag burning. R.I.P George Floyd.’” Later, she shared photos on Twitter of the box and the special piece of World War II history.

When Margiott told Vice Mayor Devon Reese that the flag had been returned safe and sound, he could not hold back his tears. “I’m really happy and thankful they sent it to you and that we can return it to the city and the citizens of Reno,” he said.

Later on Tuesday, the Reno Police Department shared more photos of the flag to its Facebook page and thanked the patriotic citizen for keeping it safe. “As someone who was raised by a United States Marine, I know our military deserves the utmost respect and I know how much the U.S.S Reno means to the Biggest Little City,” Margiott said. “It is unclear who returned the flag (and it doesn’t really matter), I am humbled that someone took it upon themselves to do the right there [sic] and return the flag,” she concluded. #binspirednews

The hajj, one of the five pillars of Islam – Raw Story

Power of ‘the people’ – how the word, in whatever language, has been co-opted by political leaders