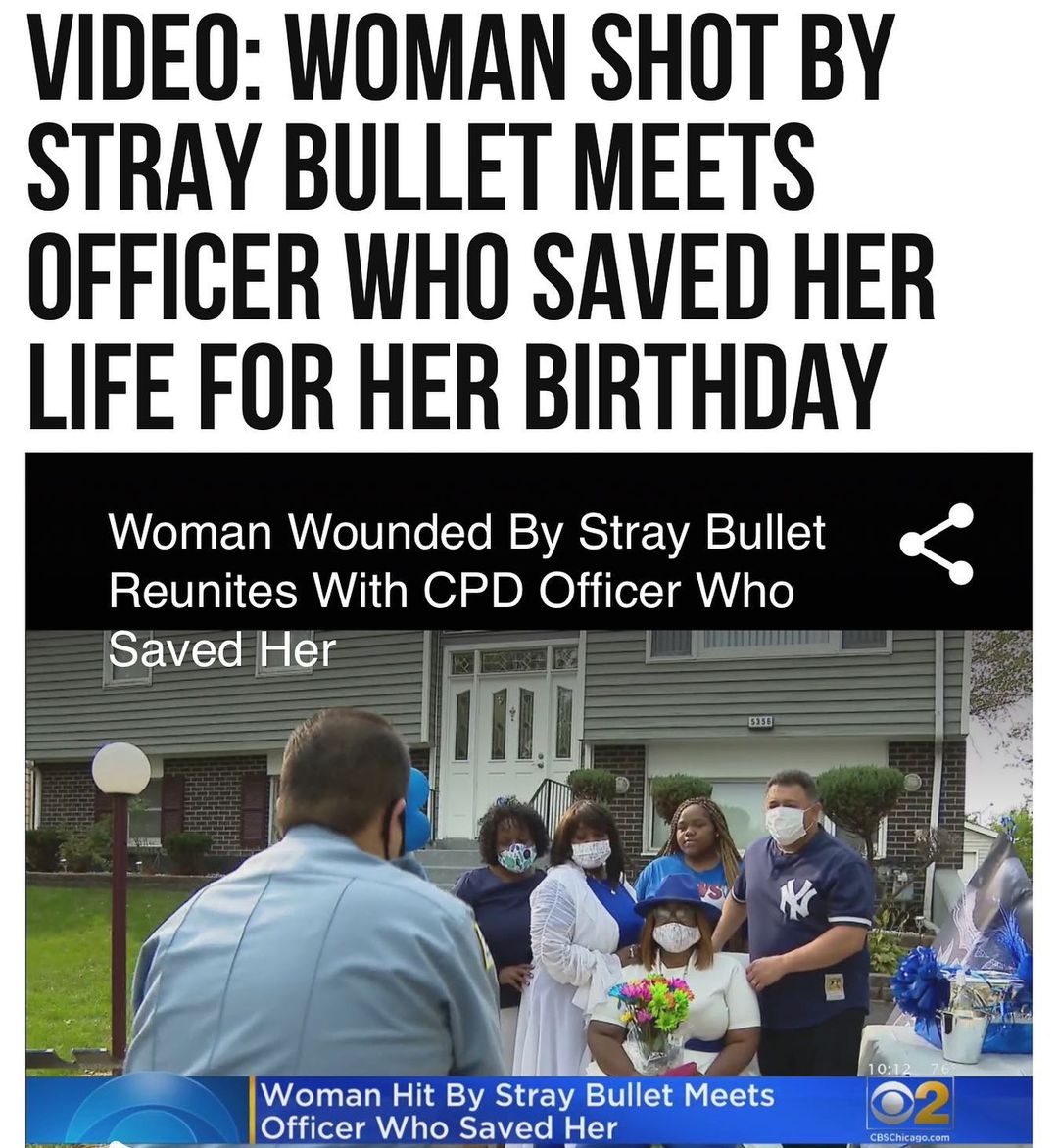 A woman who survived a gunshot to the head received a special guest at her #birthday celebration on Saturday in #Chicago, #Illinois.

Just over a year ago, a stray bullet struck Alisha Hill as she sat on her couch inside her West Englewood home, according to CBS Chicago.

Sgt. Rudy Vargas and his fellow #police officers were assisting another victim when they followed a trail of shell casings and found her bleeding on the floor.

“We just kept canvasing [sic] the neighborhood and we are so thankful we did,” Vargas told ABC 7.

An ambulance rushed Hill to Advocate Christ Hospital where she later began the long journey to recovery.

Hill’s mother, Jacqueline, said she was grateful for the police officers who showed up at the scene.

“I think [sic] God for the officers who walked up on the porch and saw my daughter,” she commented, adding that she was also thankful to God for giving them more time together.

For the past year, the 37-year-old has been relearning how to walk and talk, according to Fox 32.

At her party on Saturday, everyone became emotional when Vargas drove up with a bouquet of brightly colored flowers and a card for Hill.

“I wanted to come out here and let her know that we’re thankful she’s still with us,” he told reporters. “It’s her birthday and we wanted to make sure that she knows that we care about her.”

Hill stood and hugged the policeman, thanking him for being there when she desperately needed help.

“Meeting him and seeing him, honestly this is my first time, so it’s astonishing,” she said.

Hill had just started a job as an MRI technician when the shooting took place, so she did not have insurance. However, her family set up a GoFundMe page in October to help with medical expenses. #binspirednews