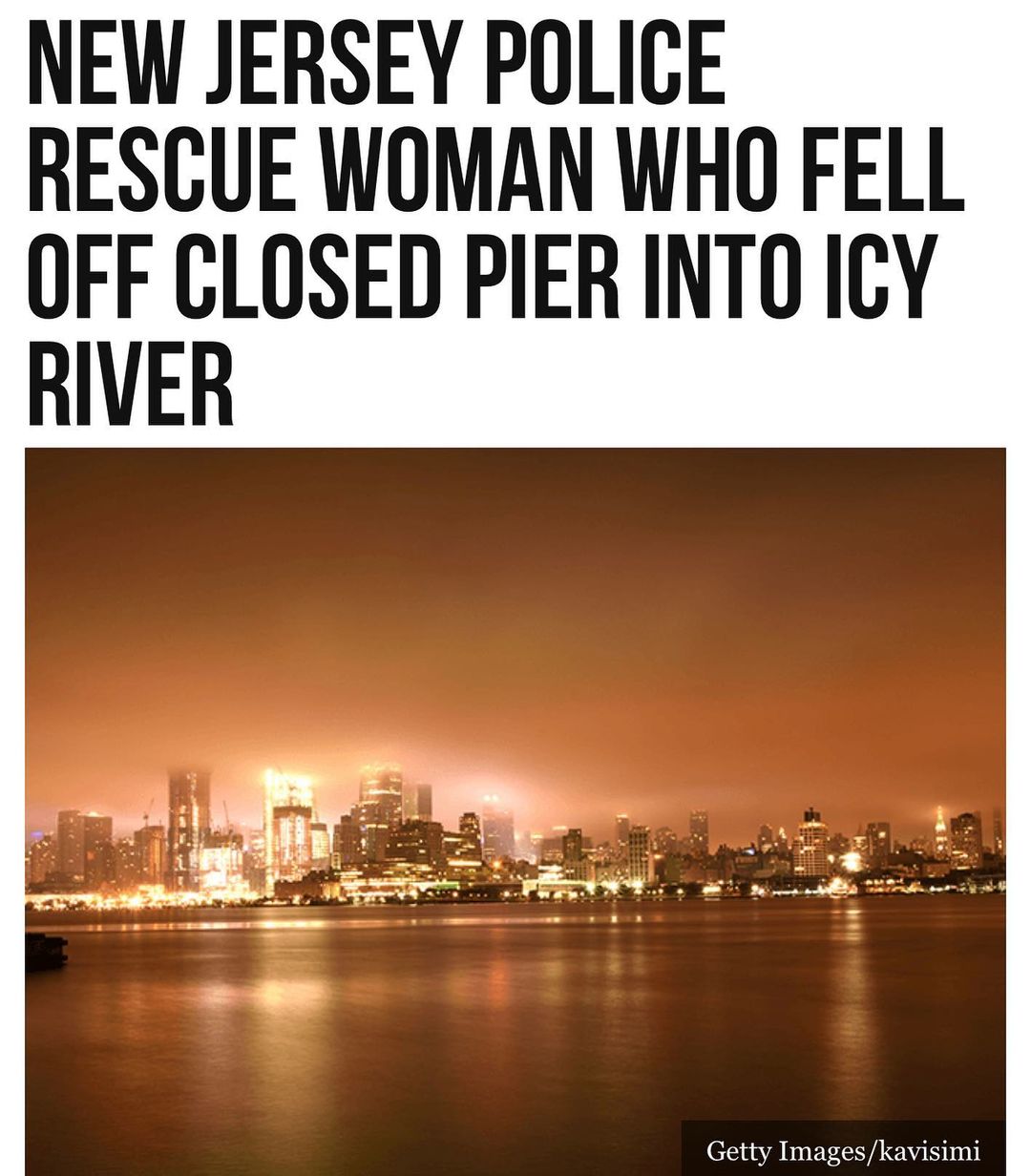 A woman who went onto a closed pier in #Hoboken, #NewJersey, to take a picture fell into the icy waters of the #HudsonRiver and was rescued by the Hoboken, New Jersey, police.

Chief Ken Ferrante said the incident took place early Saturday when the 24-year-old woman, of Berkeley Heights, climbed a fence near Hoboken’s Pier 13 but could not see the gap between the pier and the dock due to poor visibility, News 12 New Jersey reported.

Because of the snow and darkness surrounding her, she could not see where she was going and fell more than ten feet into the icy water.

An officer reported the woman was submerged up to her waist, clinging to a piece of metal.

Police officers stabilized her with two water bags and tied a rope around her to lift her to safety.

“It took a collaborative effort with all officers putting their safety at risk to save the victim from drowning,” said Lt. Danilo Cabrera.

“It was unsettling, and it was not safe for us to go out on the pier, because we didn’t know if the pier was compromised, or if there was a hole,” Hoboken Police Officer Duke McCourt told WABC. “It was all covered with snow, and it was chaotic, and we’re just happy everything worked out.”

The woman was transported to Hoboken University Medical Center, where an update on her condition was unavailable. #binspirednews