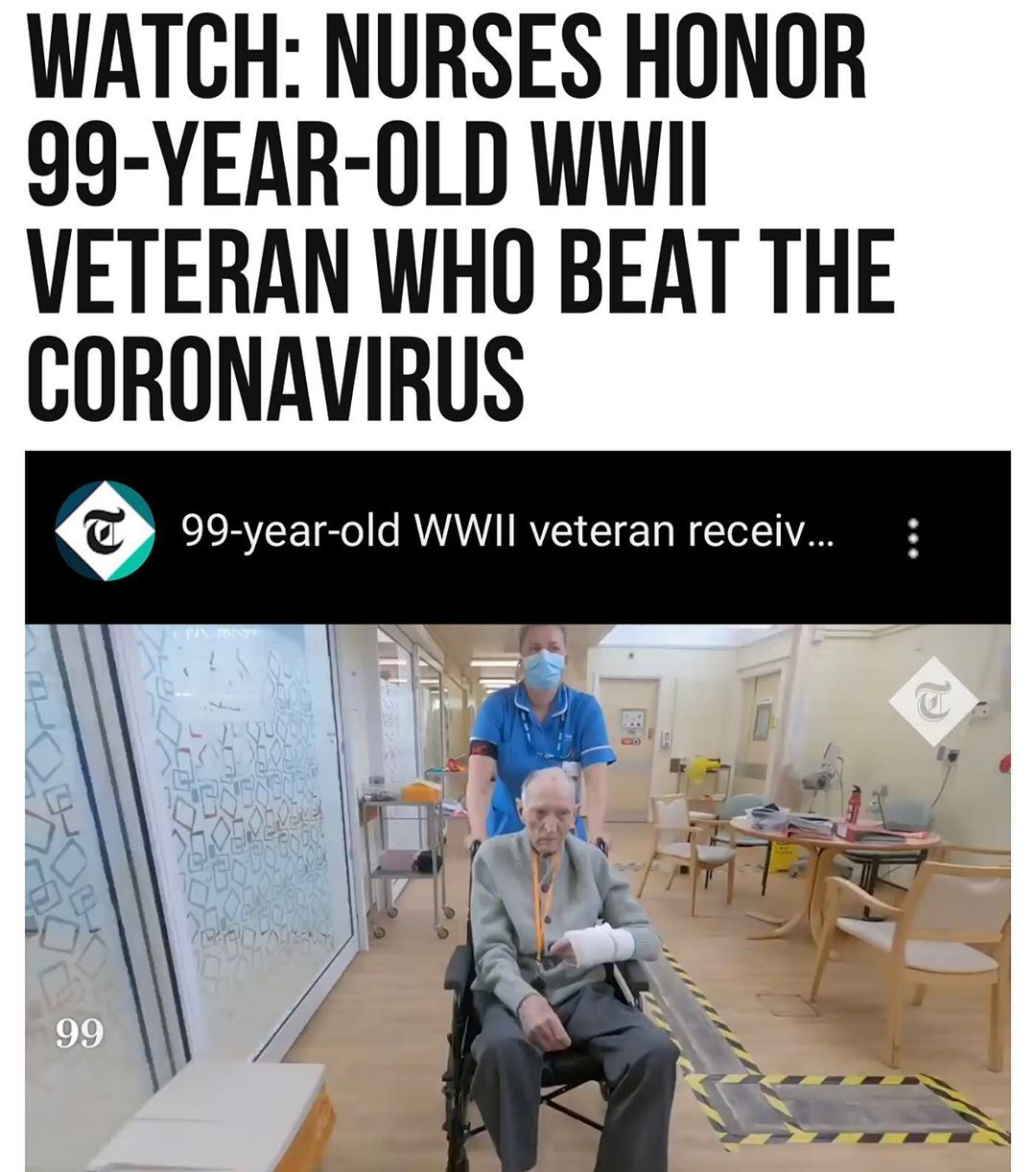 A #WorldWarII #veteran in #Doncaster, #England, was honored by healthcare workers on Friday after winning his battle with the #coronavirus.

When 99-year-old Albert Chambers was admitted to the hospital three weeks ago due to a broken arm, he also began exhibiting symptoms related to the virus, according to the Doncaster Free Press.

Despite his test coming back positive, Chambers was determined not to let a virus take him down without a fight.

Once he recovered, the nurses at Tickhill Road Hospital decided to give him a special goodbye to let him know how proud they were of him.

Video footage showed the nurses clapping as they watched Chambers, who will turn 100 in July, leave the hospital. “Thank you very much, and I appreciate every bit you’ve done for me,” he told them, adding, “You couldn’t have been better.” Chambers’ grandson, 49-year-old Stephen Gater, told reporters that their family had braced for the worst when his test came back positive.

However, Gater said the fortitude his grandfather acquired during his time as a British Army soldier was what helped him overcome the illness. “During the war, Chambers was captured by the enemy after being injured in a bomb blast in North Africa. He was transferred to Fallingbostel in northwestern Germany, where he spent three years as a prisoner of war in its Stalag XI B camp.” “After the war, he protected London’s royal palaces as a soldier in the Coldstream Guards,” the article continued.

The food that helped Chambers beat the coronavirus was Marks and Spencer’s strawberry trifles, according to a press release by the NHS’s Rotherham Doncaster and South Humber (RDaSH). “My grandad is amazing. He’s pretty incredible. He’s not only survived the war and being in prison camp, now he’s won the battle with Coronavirus,” Gater commented, adding that he was grateful for the wonderful nurses who cared for Chambers. “Albert has been a wonderful patient,” said RDaSH nurse, Paige Lax. “He’s fought to get better. He wanted to get back home. He’s pretty amazing,” she concluded. #binspirednews

8 thoughts on “A #WorldWarII #veteran in #Doncaster, #England, was honored by healthcare worker…”