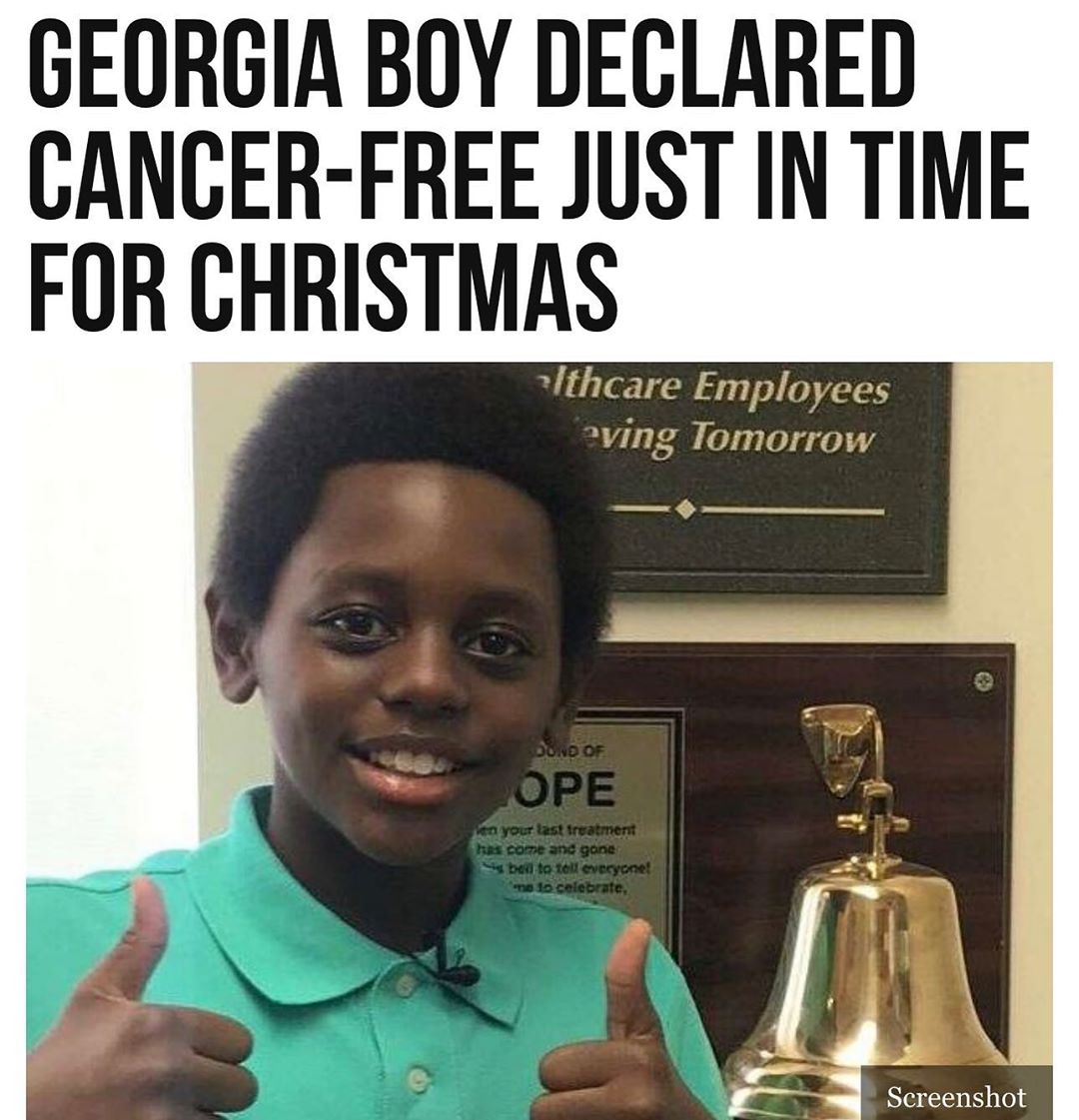 A young boy in Macon, Georgia, was recently declared cancer-free after undergoing treatment for almost a year.

When 11-year-old Bryan Thompson’s mother took him to the emergency room for a football injury, she had no idea her son was about to be diagnosed with a rare form of muscle cancer, according to Fox 5. “You hear it happening to others and it hurts you,” said Vanessa Dennard. “But when it happens to your own it’s a different type of hurt.” Bryan endured nearly two dozen rounds of chemotherapy and radiation during his treatment at Beverly Knight Olson Children’s Hospital, which is the only dedicated pediatric hospital in central and south Georgia.

However, one of the biggest challenges the young boy faced was losing all of his hair. But even though it was hard, Bryan’s sister, Aniyah Thompson, 16, helped him carry on. “She told me it was going to be OK and that I’ll get through it,” he said.

Pediatric Oncology RN Megan Ghann said when Bryan rang the bell it was a special moment for everyone at the hospital. “It’s something you look forward to from the day of diagnosis with these kids,” Ghann commented. “He fought a really hard battle and he won and we’re just blessed that we got to celebrate with him to see him ring a bell to say, ‘I finished my treatment, I did well, I fought my fight and now I’m done.’” Bryan also got to light the hospital’s Christmas tree and help Chief Meteorologist Ben Jones with the weather report as part of the celebration.

He also had a message for other children facing challenges like his own. “Stay happy, stay strong, and you’ll get through this,” he said. #binspirednews