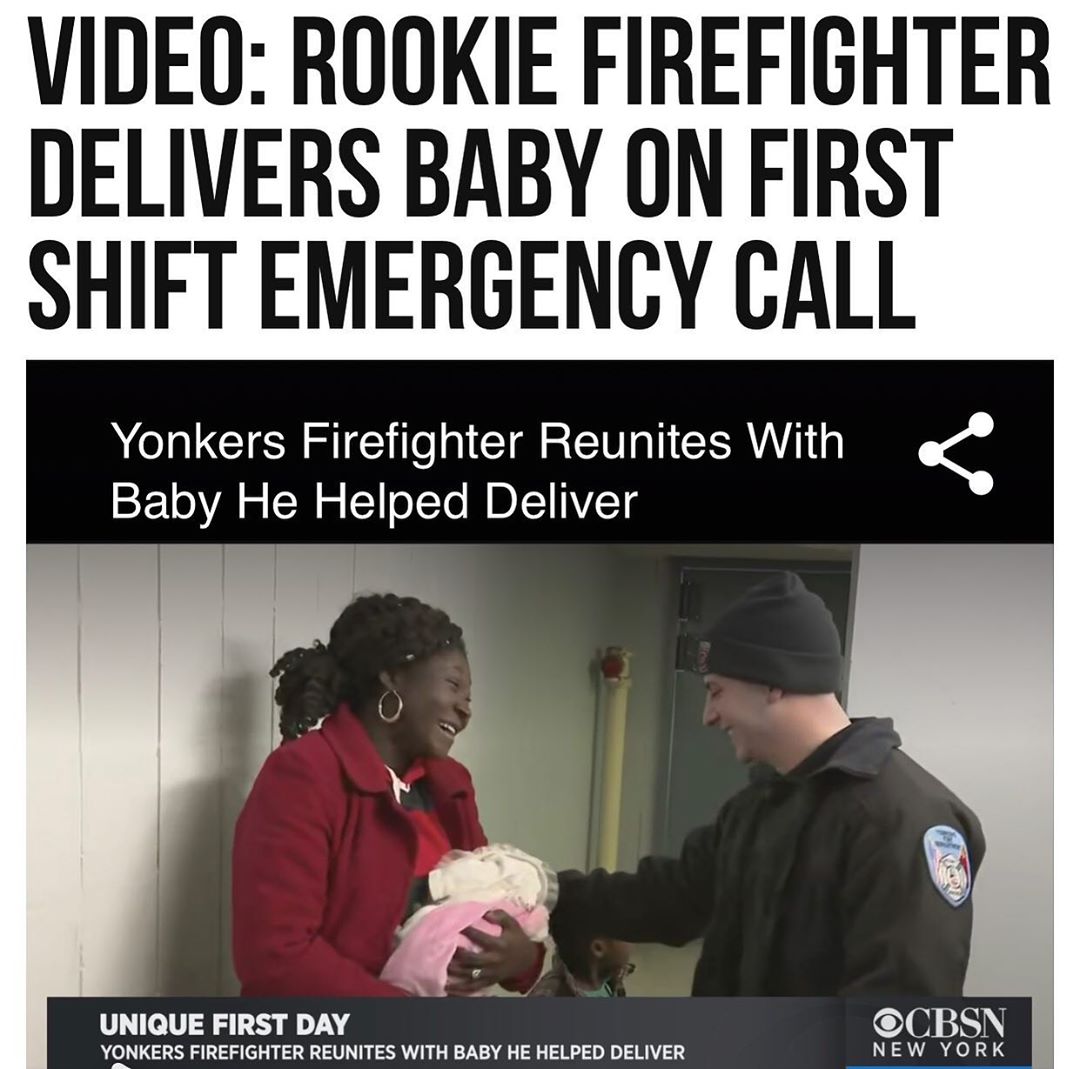 A young #firefighter’s first day on the job got even more exciting when he delivered a baby girl in #Yonkers, #NewYork, January 14.

When a young mom named Obadianah Boakye-Aboagye began going into labor with her fourth child at her apartment, she immediately called for help. “All of a sudden, I felt like a weird pain then I realized that the baby is coming,” she said, adding, “We have to do something. We decided to make the 911 call.” A few minutes later, firefighters arrived to help Boakye-Aboagye, along with probationary firefighter Michael Iacovello.

However, it was his first shift on Engine Co. 303 and his first call of the day, something he never expected.

Once they assessed the situation, it was clear the baby was ready to be born and time was running out. “We walked into the apartment. We thought, OK, we were going to transport her to the hospital, you know, have the ambulance take her. As we looked, she was ready to come out,” Iacovello told reporters.

That was when the young rookie jumped into action, according to CBS 17. “I was really nervous, I was excited, but the training kicked in and she started crying once we suctioned her,” he recalled. “Then I cut the umbilical cord, it was really exciting.” A few minutes later, security footage showed the firefighters holding the baby, named after her mother, as they walked down the hallway.

Wednesday, the young mom, rookie firefighter, and baby Obadianah were reunited. “It was just really fortunate that I have all that training and all those skills ’cause I wouldn’t have been able to do it without that,” Iacovello said while holding the baby girl. “I’m happy to see him, too, and I thank you for everything,” Boakye-Aboagye told him.

Following the emergency delivery, the department gave Iacovello a cake with the words “It’s a Girl! Congratulations Mike” written on it. #binspirednews

Considerations for Events and Gatherings