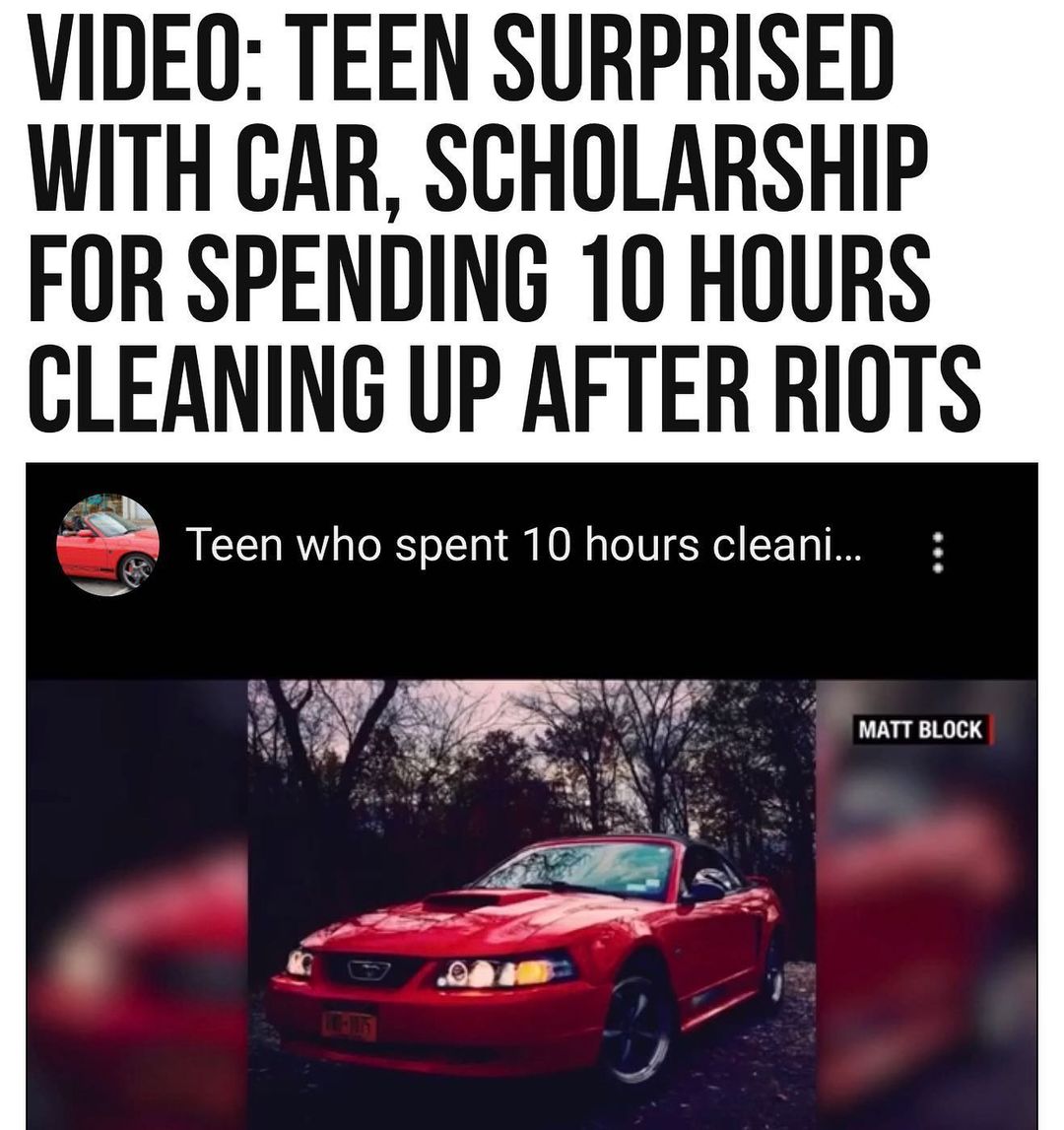 A young man in #Buffalo, #NewYork, was recognized for helping his city recover from #riots and #protests that followed the death of #GeorgeFloyd.

When 18-year-old Antonio Gwynn Jr. saw a news report that showed the damage left behind by the protesters, he grabbed some cleaning supplies and got to work on Monday morning.

Starting at 2 a.m., Gwynn swept and picked up trash for the next ten hours, before a group of neighbors showed up only to find he had already done most of the work.

The story of the teenager’s selfless act later reached the ears of resident Matt Block, 27, who decided to give Gwynn his 2004 red Mustang convertible after he saw the young man ask for car buying advice on Facebook. “I couldn’t come to grips with selling it, and this was a good way for me to get rid of it and know someone that gets it is going to appreciate it, I think,” Block explained.

To his surprise, the teenager told him that his mom, who passed away in 2018, had also driven a red Mustang. Block said the news gave him “goosebumps.” In addition to the car, Briceland Insurance Agency pledged to cover the teen’s insurance costs for an entire year. “I just felt compelled to help him out. We just need to get together our whole city and show people how there’s so many good people here,” the agency’s Bob Briceland said.

However, the icing on the cake was when Medaille College called Gwynn and offered him a full scholarship to study business and mechanics. “I literally stopped, pulled over, and started crying. So did my great aunt. My little cousin did also,” he recalled, adding that he had always wanted to be able to help people with their car troubles. “This is a great opportunity I have right in front of me,” Gwynn said. “I appreciate everything everyone is doing for me.” #binspirednews

Biden urges end to ‘uncivil war,’ asks for media truth, but can he pull it off? 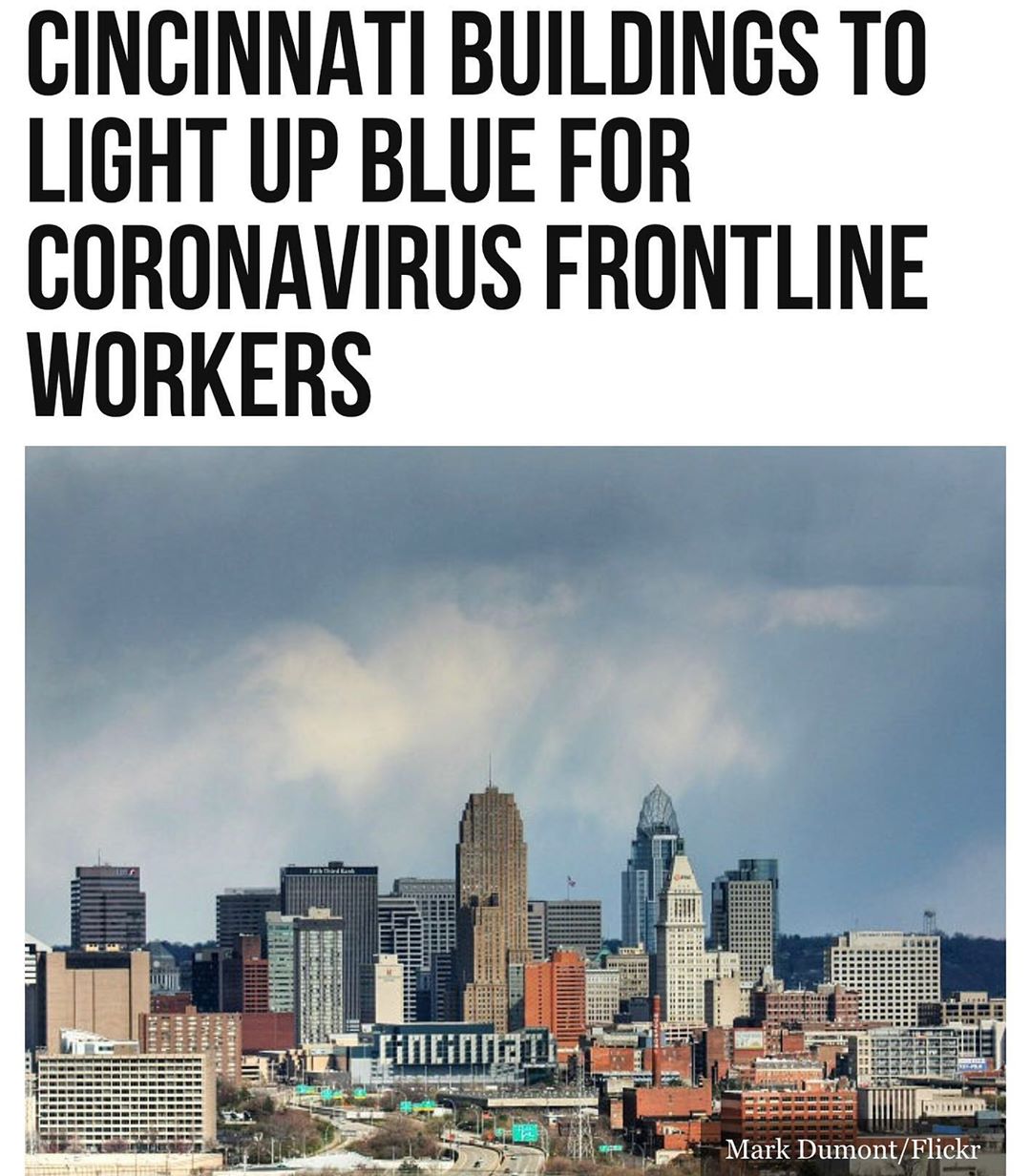 #Cincinnati, #Ohio, is lighting up blue on Thursday evening to support health ca…