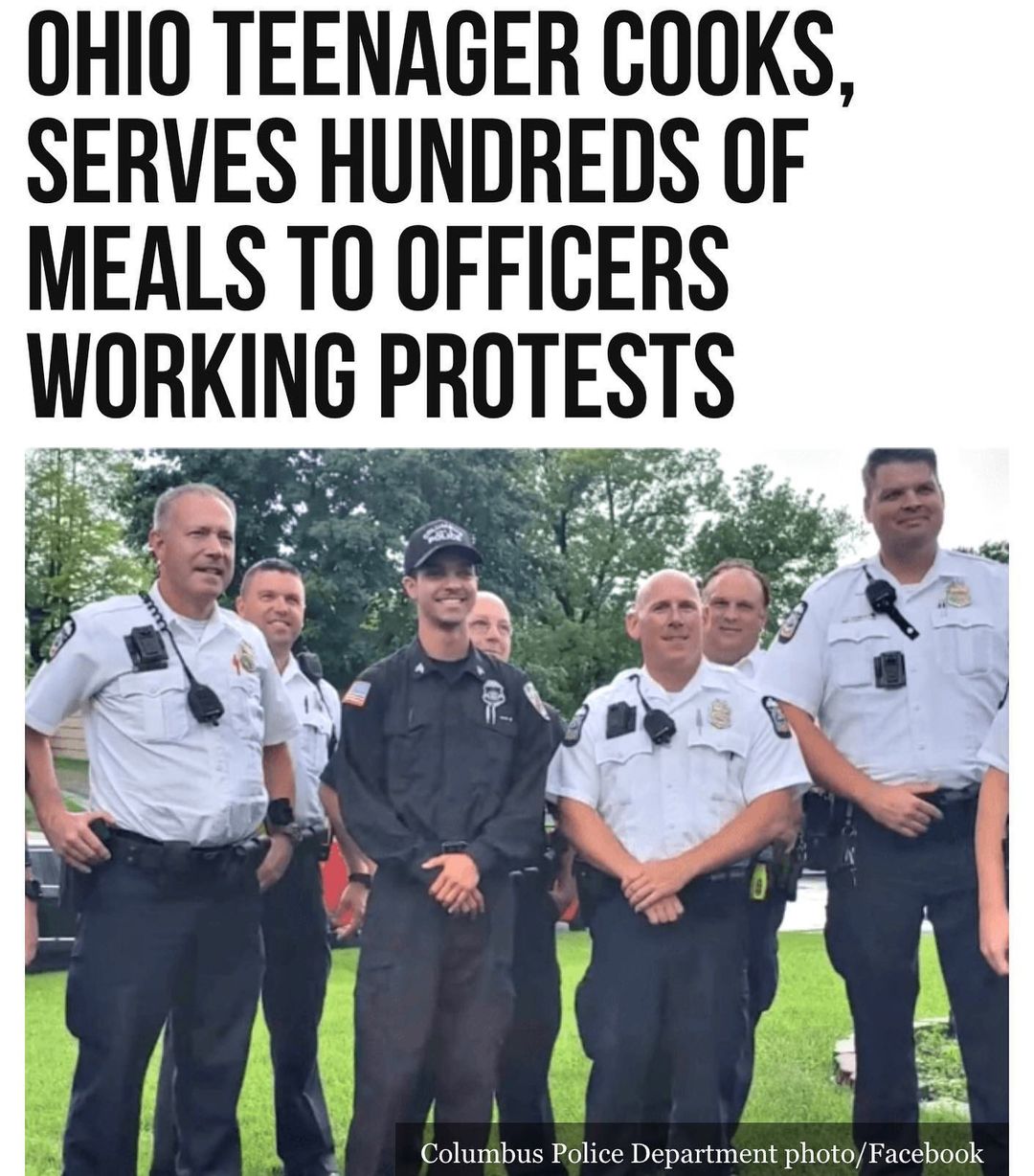 A young man in #Columbus, #Ohio, is making sure law enforcement officers feel appreciated while keeping people safe during the #GeorgeFloyd #protests.

Even though 17-year-old Markel Davis could spend his summer break doing whatever he wanted, he chose to make and serve hot meals to police officers and the Ohio #NationalGuard monitoring demonstrations in the area.

So far, Markel has prepped, cooked, wrapped, and delivered hundreds of meals to the officers working such long hours, his mom said in a Facebook post. “Today (June 4, 2020) several CPD officers came to his home to give him recognition and I think everyone should see his selfless acts of kindness, especially in a time like this,” she wrote, adding that his dream was to become a policeman someday.

Friday on Twitter, the Columbus Ohio Police shared a video of Markel with photos that showed him grilling up a row of hamburger patties.

Also on Friday, thousands of protesters descended on the city for the ninth straight day to participate in the huge demonstrations, according to NBC 4. “The crowd grew steadily throughout the day with 2,000 to 3,000 people marching in Columbus,” the report noted.

Markel’s mom said she hoped her son’s actions and who he was would help “shed some light and a little more peace to the world.” Social media users also praised the teenager for his kindness and noted that more people needed to follow his lead. “Thank you, Markel. More of us, myself and my son included, need to find ways to help others. Whether to help those less fortunate, ill, or to say thank you, we all have some sort of means to accomplish this,” one Twitter user commented.

A person on Facebook called him “an amazing young man” and said he was “wise beyond his age.” “Kudos to you Markel for showing all of us love, compassion and common decency towards one another,” they concluded. #binspirednews

Toolkit for Businesses and Workplaces