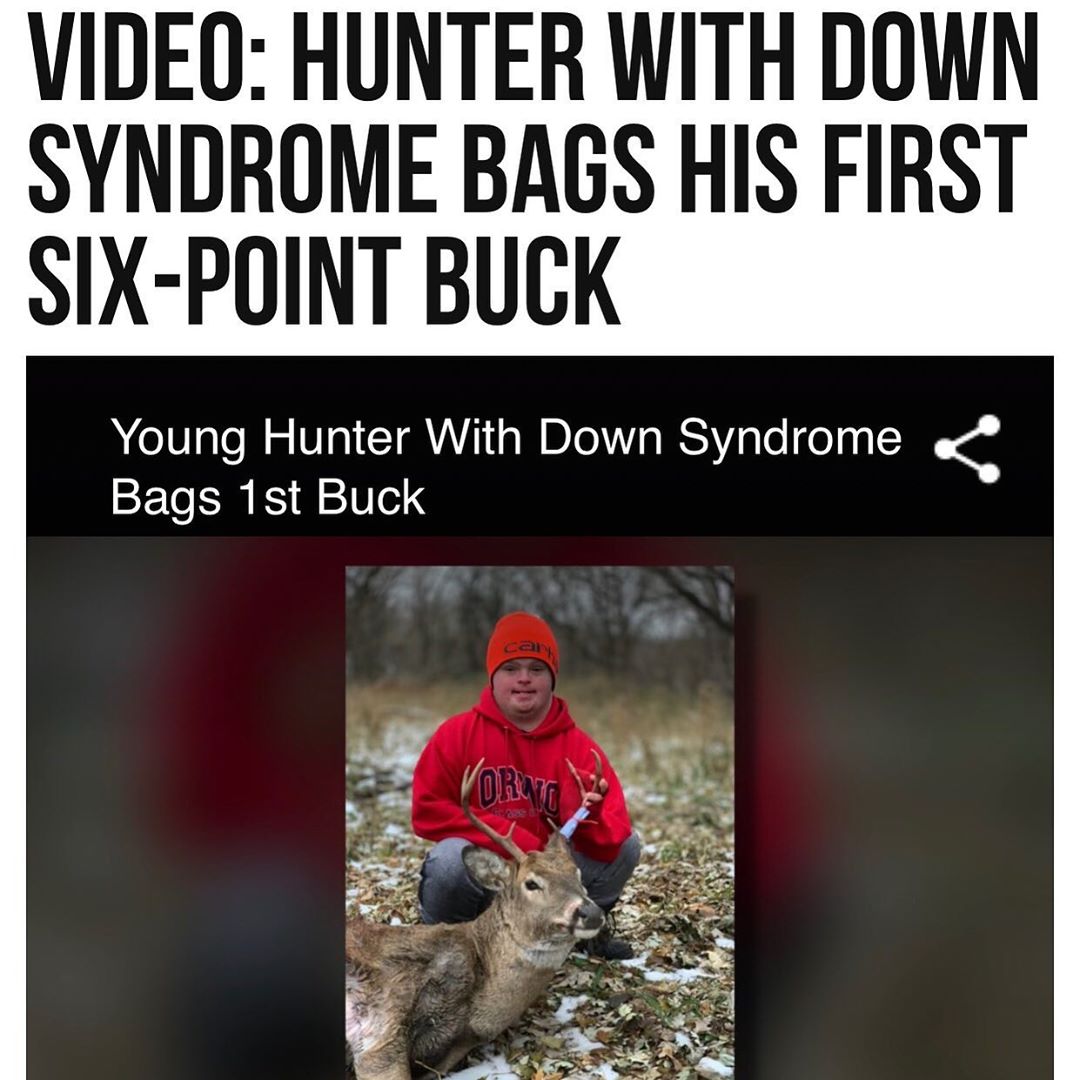 A young man with Down syndrome made the shot of his life during a hunting trip in Jackson County, Minnesota, Saturday morning.

Pierce Pennaz, 19, was excited about participating in opening weekend for deer rifle hunters with his father, Steve. “We got up Saturday morning, early, 5 a.m. We got Pierce roused out of bed, got him dressed for the weather,” his dad commented.

The two men waited in the woods for hours until a deer walked into view. “I had no idea where it came from. All I know is I said, ‘Pierce, there’s a buck,’” Steve recalled. “He had about a 120-yard shot, which is a long shot for a 20-gauge, and he made a perfect hit on the deer.” The young man aimed and made the perfect hit, taking the six-point buck down with one bullet. It was his first ever. “Pierce was screaming, ‘I got him! I got him! I did it! I did it!’” Steve said of his son’s reaction.

A few years ago, Pierce enrolled in an apprentice program with the Minnesota Department of Natural Resources that allowed young people to hunt with a parent or guardian for two years.

However, once that time was up the department said he would need to pass a firearms safety course in order to continue hunting.

That was when Steve asked for help in finding a way to keep him in the program.

Thankfully, a bill by Rep. Jim Nash of Waconia and fellow lawmakers became law in the spring, making it possible for the young man to continue hunting with his dad. “I wanted to extend the apprentice period so that when we hunt, he’s right here,” Steve said.

Video of Pierce’s memorable moment has since spread all over social media. “I woke up Sunday morning and I admit I was crying,” his dad said of the special event. “I just said what an amazing experience, and what an amazing young man.” #binspirednews