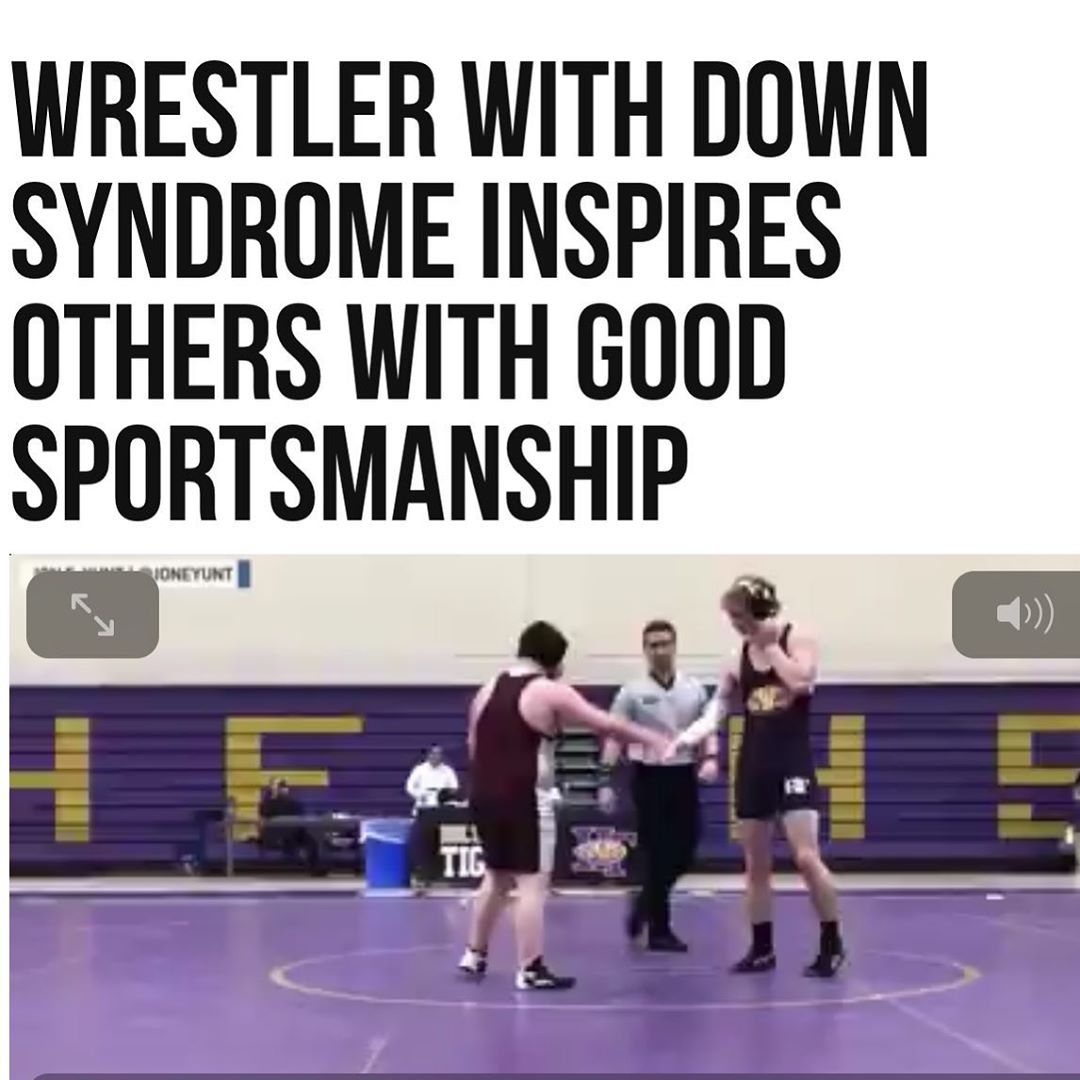 A young #wrestler with Down syndrome is using the sport to teach others about brotherhood and good sportsmanship in #Thornton, #Colorado.

Fifteen-year-old Michael Gaccetta is a beloved member of Horizon High School’s JV wrestling team, the Hawks, according to the Denver Post.

At a meet January 15, which was also his birthday, the young man recorded a pin against his opponent, Jackson Fuller, a student at Holy Family High School in Broomfield.

Following the win, Michael gave Fuller two thumbs up, shook hands with him and all the coaches, then gave the referee a high five.

Moments later, he went into the stands to retrieve a tray of fudge he made to celebrate his birthday with everyone in attendance. “So he wrestles, he wins and he’s excited,” his teammate Jacob Loomis said. “And he runs straight up to his mom and comes back down and (gives it out) to the entire team. And then goes up and continues to hand it to his family.” Michael is the youngest of the Gaccetta’s three kids and the only one with special needs. “When he was born, they asked me, ‘What do you want for Michael?’” his mom, Brianna, commented. “And I said, ‘I want him to be able to do everything all my other kids have done.’ And he has.” In addition to being a wrestler, Michael is also a swimmer, golfer, and basketball player. He even sang at the Step Up For Down Syndrome Walk. “The hard work of wrestlers goes unappreciated during the winter season. All of the conditioning prepares these athletes for a six minute match. Success does not come easy in this sport, and it is made in practice,” wrote Tori Heath, the entertainment editor for the school’s student news site, the Profile.

Even though she sometimes worries about how Michael will be treated by others, Brianna said that has never stopped him from achieving his goals. “If he wants something, he works hard to get it,” she commented.

Michael’s coach, Mitch Artist, said the young man is always up for a challenge. “He listens very well. Being coachable is a big part of overall success, on and off the mat. And he’s always laughing, always smiling, very friendly, very outgoing, wants to be everybody’s friend.” #binspirednews