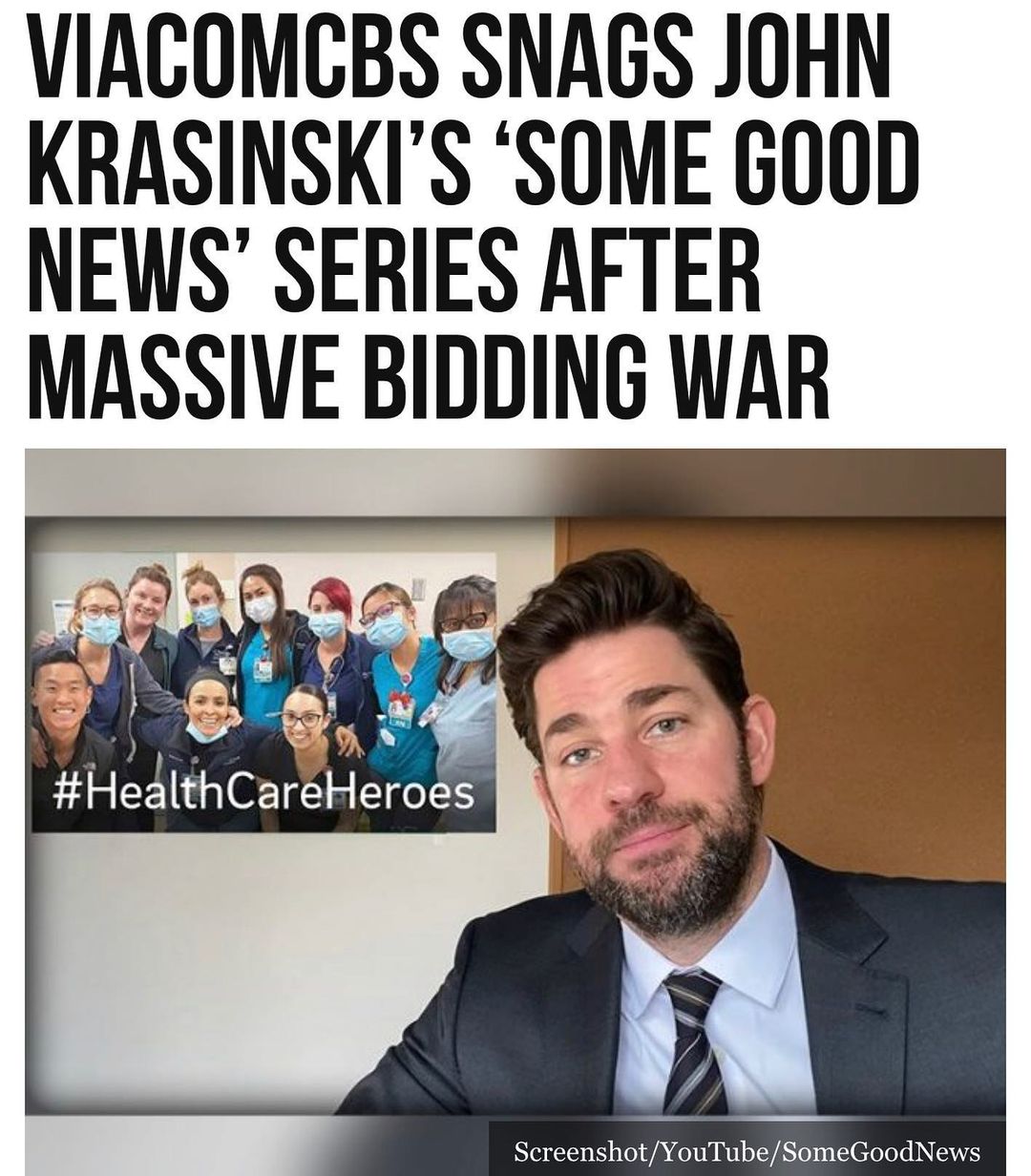 Actor #JohnKrasinski has sold his popular #SomeGoodNews (#SGN) webseries to ViacomCBS after streaming services jumped into a massive bidding war to acquire the program launched in the wake of the #Chinese #coronavirus.

John #Krasinski quickly earned more than 2.56 million subscribers after launching the Youtube-based series on March 29 after he self-quarantined in his home due to the coronavirus, the Hollywood Reporter noted on Thursday. Now, after only eight episodes, the Quiet Place actor-director has sold the concept to ViacomCBS for an undisclosed amount. But the Reporter insists that the deal is substantial and that many others were also interested in picking up the show.

Krasinski will no longer front the series on camera, but he will retain executive producer status, the outlet added.
Krasinski debuted the feel-good series in late March, highlighting heartwarming stories sent in to him by fans on social media. The first episode featured an interview with Steve Carell, Krasinski’s longtime co-star on NBC’s classic comedy series The Office.

The actor and director said he had the idea for a news program that explored only good news segments for at least seven years. But he only moved to launch the idea when he found himself with a ton of time on his hands thanks to social distancing a coronavirus #lockdowns.

The deal is an obvious fit since Krasinski already has an association with ViacomCBS with his Jack Ryan reboot, which is produced by CBS-owned Paramount Television. His two fright films, A Quiet Place, and A Quiet Place Part II are also Paramount projects. The busy actor’s new SGN series will debut to a larger audience than his current two and a half million subscribers on YouTube, as well, since CBS All Access has more than four million subscribers. The streaming service hit the ground running last year due to its growing group of Star Trek properties.

Mary Trump: “People Are Dying Alone Because of Donald’s Failure to Lead”