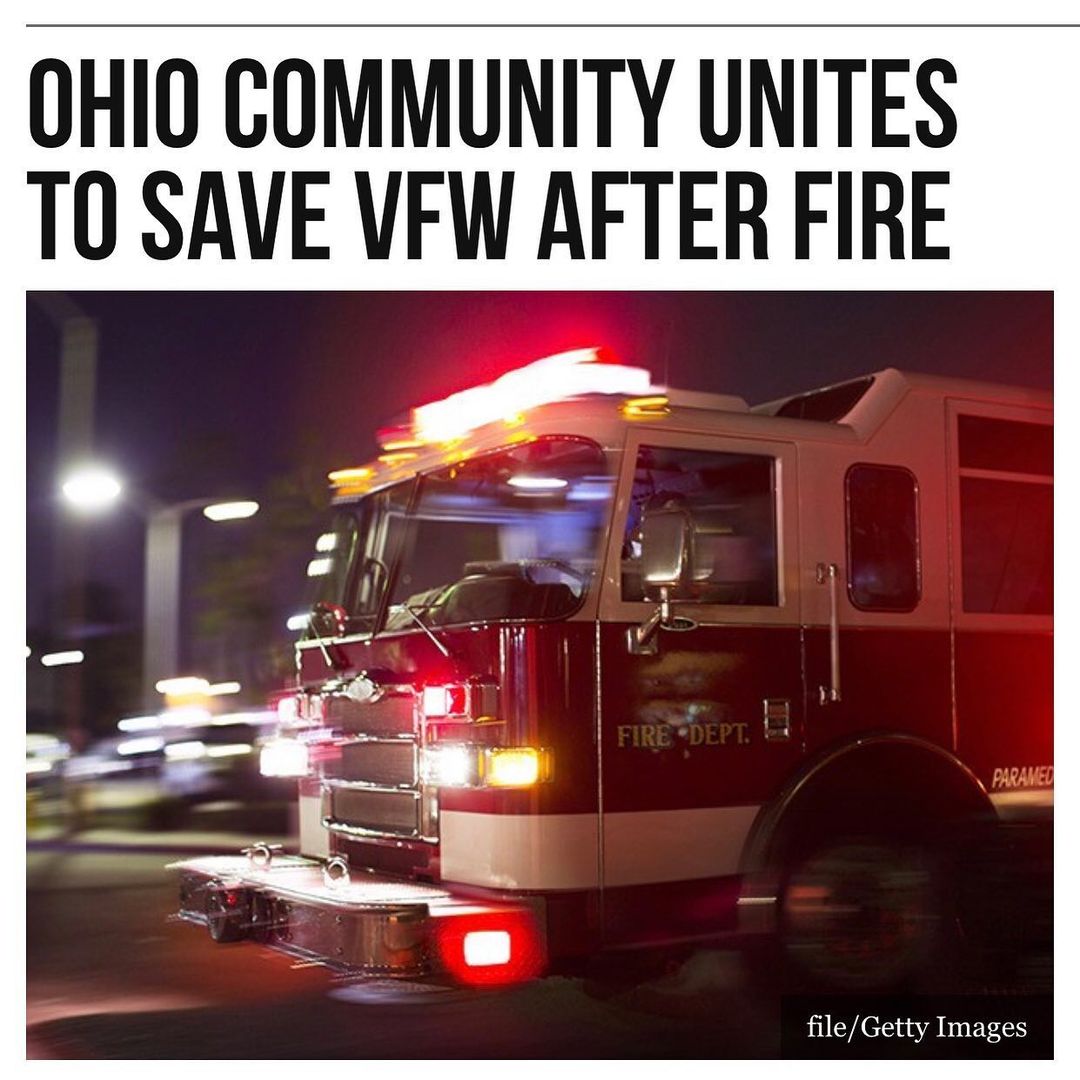 After the Barberton VFW burned down on Tuesday, businesses and members of the community joined forces to bring it back.
Skoops Ice Cream, East of Chicago Pizza, Ignite Brewing Co., Hodge’s Café, Magic Subs & Gyros, and Red Horse Winery, among others, have pledged donations to help rebuild Barberton’s #veterans center after a fire gutted the building. The cause of the fire remains unknown as of this writing.

Jeremy Clemetson, owner of East of Chicago Pizza locations in Barberton and Canal Fulton donated ten percent of his Monday sales, after hearing about other businesses getting involved. “I said, if they are going to do something, I want to,” Clemetson said. “I live here, I have kids that go to school here,” Clemetson said. “You want to support the community.”
“I was driving home the other night, and as soon as I pulled in my driveway, they posted pictures of it,” Skoops Ice Cream owner Terry Rastetter remembered. “Something told me we wanted to do something.” Despite the troubled times we live in amid the novel #coronavirus #pandemic, VFW post commander Ernie Penko highlighted the efforts of small businesses responding to the need. “These businesses are coming forward and offering to help — it’s heartwarming,” Penko said. “They are trying to get back up and running, too.” “Barberton is a very strong community, and sometimes we get dumped on,” Block 7 Bar & Grill co-owner Tonda Skaburn said. “We want to show our support not only for veterans, but for all the community.” #binspirednews