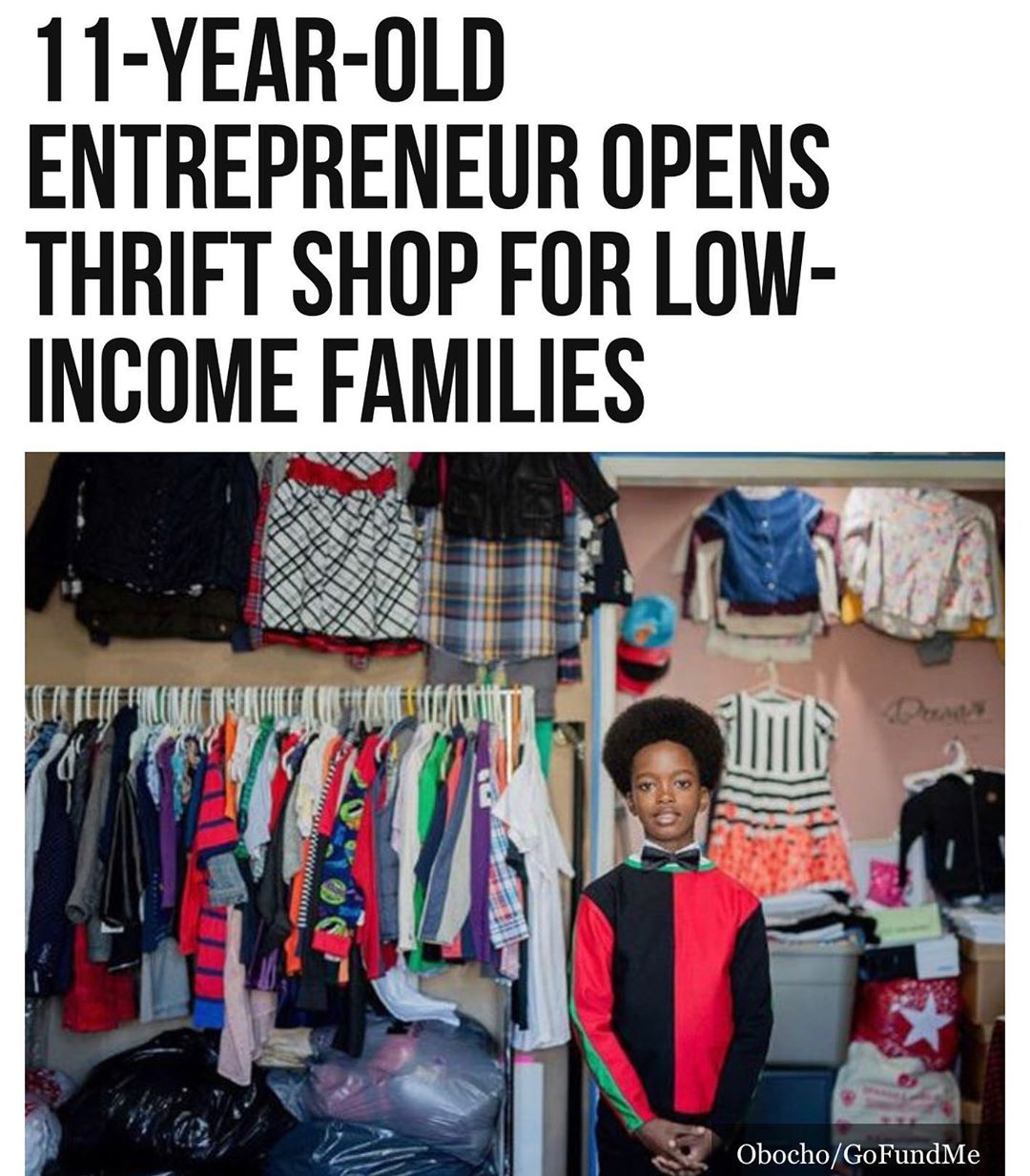 An 11-year-old #entrepreneur is making it his mission to make sure those who cannot afford to pay top-dollar for clothes can afford to buy them at a reasonable price.

Obocho started his project in 2018 as an online thrift store, but he eventually got enough money to open a brick-and-mortar store in the Brooklyn neighborhood of Flatbush on his birthday, according to Good Morning America (GMA). “It makes me feel like the hard work I’ve been doing in this community…it finally paid off,” he told WNYW at the store’s grand opening, which Brooklyn Borough President Eric Adams attended.

Obocho was able to launch his store thanks to the effort of a GoFundMe in January 2019, which explained how he was inspired to help others.

The fifth-grader wrote that he was inspired to open his shop after he asked his mother for eight toys from the movie Avengers: Infinity War. His mother responded that she could not afford the toys, inspiring Obocho to take matters into his own hands.

He decided to sell old clothes and shoes he no longer wore to pay for the toys. “I realized that other families must face these same challenges when taking care of their children,” he wrote on his GoFundMe page. “That idea turned into the mission I have today — to help the community GROW.” Obocho’s mother, Sasha Peters, saw that entrepreneurial spirit inside him and signed him up for small business classes after school. “You have to nurture kids when they come up with ideas and you have to pay attention to everything they say because they’re telling you how to groom them to be a better version of themselves,” she told GMA.

Although Obocho’s closet is a for-profit business, Obocho wrote on his fundraising page that he would host free financial literacy seminars “geared towards teaching parents and kids how to save for college or pursue other goals like entrepreneurship” as a way to give back to the community.

Adams awarded Obocho with the honor of being one of the “heroes of the month” last June for giving back to the community.

Doctor Visits and Getting Medicines

Earth Has Hottest May on Record – Raw Story