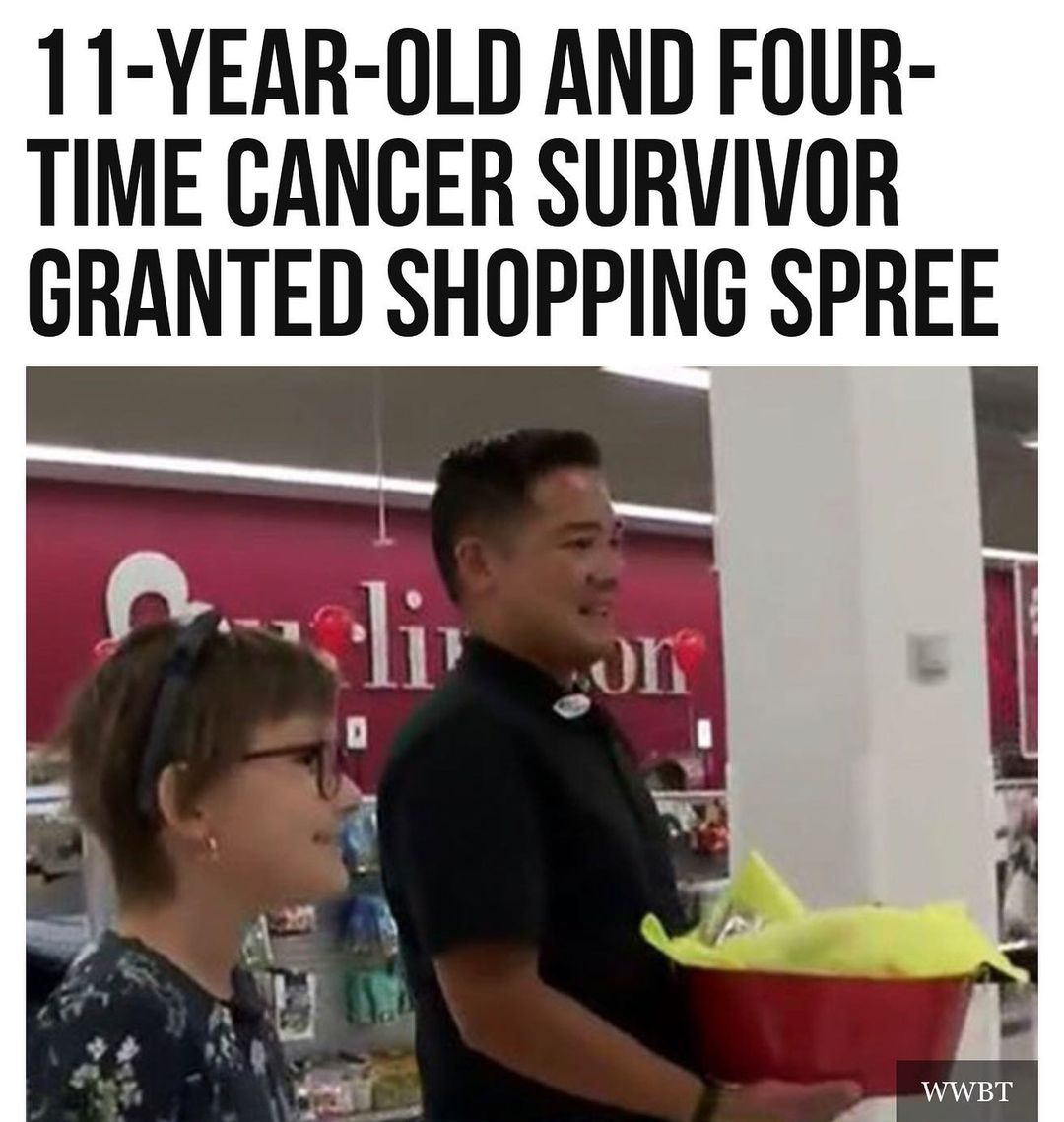 An 11-year-old girl who beat cancer four times got the opportunity to go on a shopping spree of a lifetime at a Burlington store in Virginia on Tuesday.

Eleanor Brooks, who first was diagnosed with leukemia at the age of two, got $150 to spend on a shopping spree at Burlington on Tuesday, courtesy of Burlington and the Virginia Chapter of the Leukemia and Lymphoma Society. “She was diagnosed the first time when she was two, and (after) two and a half years of chemo, there was no evidence of the disease, and then she was off treatment for two years, and then she relapsed again,” Eleanor’s mother, Aronne Brooks told WWBT.
Eleanor had a brain tumor removed, as well as bone marrow transplants before her cancer went into remission. “It’s exhausting and heartbreaking but you just have to keep going,” she added.

And as for Eleanor, she did keep going, up and down the aisles of Burlington’s girls’ clothing section. “That’s cute, I like this one!” she said looking over clothes.

Even though the gift was meant for her, Eleanor’s gut instinct was to give a portion of her shopping spree to her siblings. “I’m not just going to use this on myself,” she said.

Eleanor is not the first cancer survivor to get a chance at a once in a lifetime experience.

A three-year-old cancer survivor known as the “Mighty Quinn” got the chance to drop the first puck at a Boston Bruins game last week. #binspirednews #breitbart