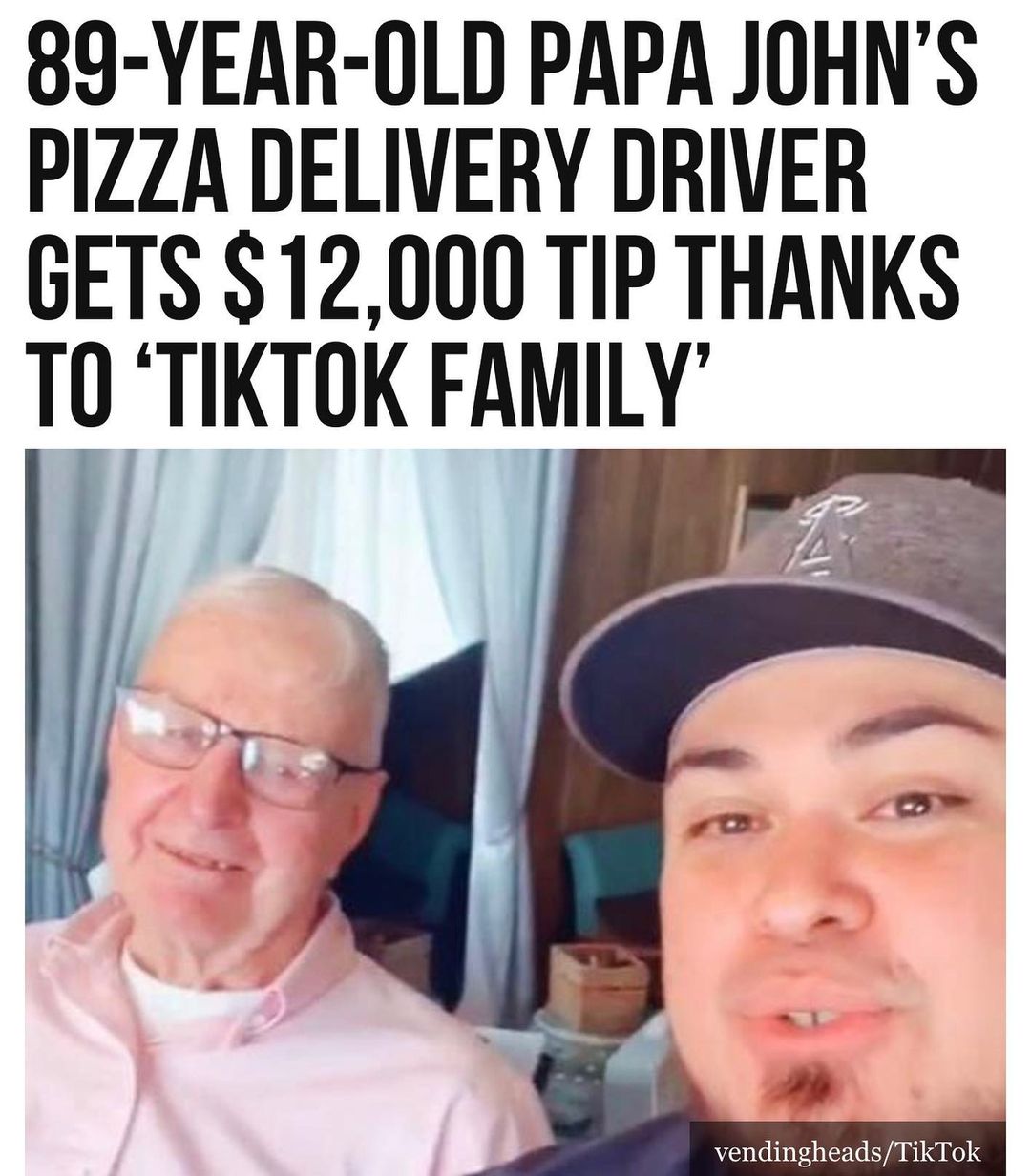 An 89-year-old #pizza delivery driver received a surprise tip of $12,000 thanks to one of his “regular” customers on his route.

Derlin Newey was in shock Tuesday morning when the Valdez family knocked on the door of his Utah home to present him with a $12,000 check raised from the #TikTok community, KSL reported.

“How do I ever say thank you? I don’t know what to say,” said Newey as he held back tears of joy.

Newey is a pizza delivery driver for Papa John’s and works about 30 hours per week.

He told KSL that he took the job after realizing he could not live on social security alone.

In addition to his role as a delivery driver, Newey is also a rising TikTok star thanks to one of his regular customers inspired by his kind and cheerful demeanor.

The Valdez family said they always ask for Newey when ordering pizza and started recording his deliveries and posting them on their TikTok channel @vendingheads.

“It’s insane. Everybody loves him,” said Carlos Valdez. The family claims his signature phrase with each delivery is, “Hello, are you looking for some pizza?”

The channel gained more than 53,000 followers, with many asking why Newey was working as a pizza delivery man at his age. The family agreed Newey should not have to work so much and decided to use the social media platform for good.

The Valdez family put a call out to their followers to help Newey, and the donations started pouring in. Eventually, they were able to raise $12,000.

The family presented a signed check to him from his “TikTok family.”

Newey was surprised and did not even know what TikTok was, but he was grateful for the unexpected act of kindness.

“He needed this. I’m just glad we could help him,” said Valdez. “We just need to treat people with kindness and respect the way he does. He stole our hearts.” #binspirednews

Elections in Tanzania: A Model African Country Slides Toward Dictatorship