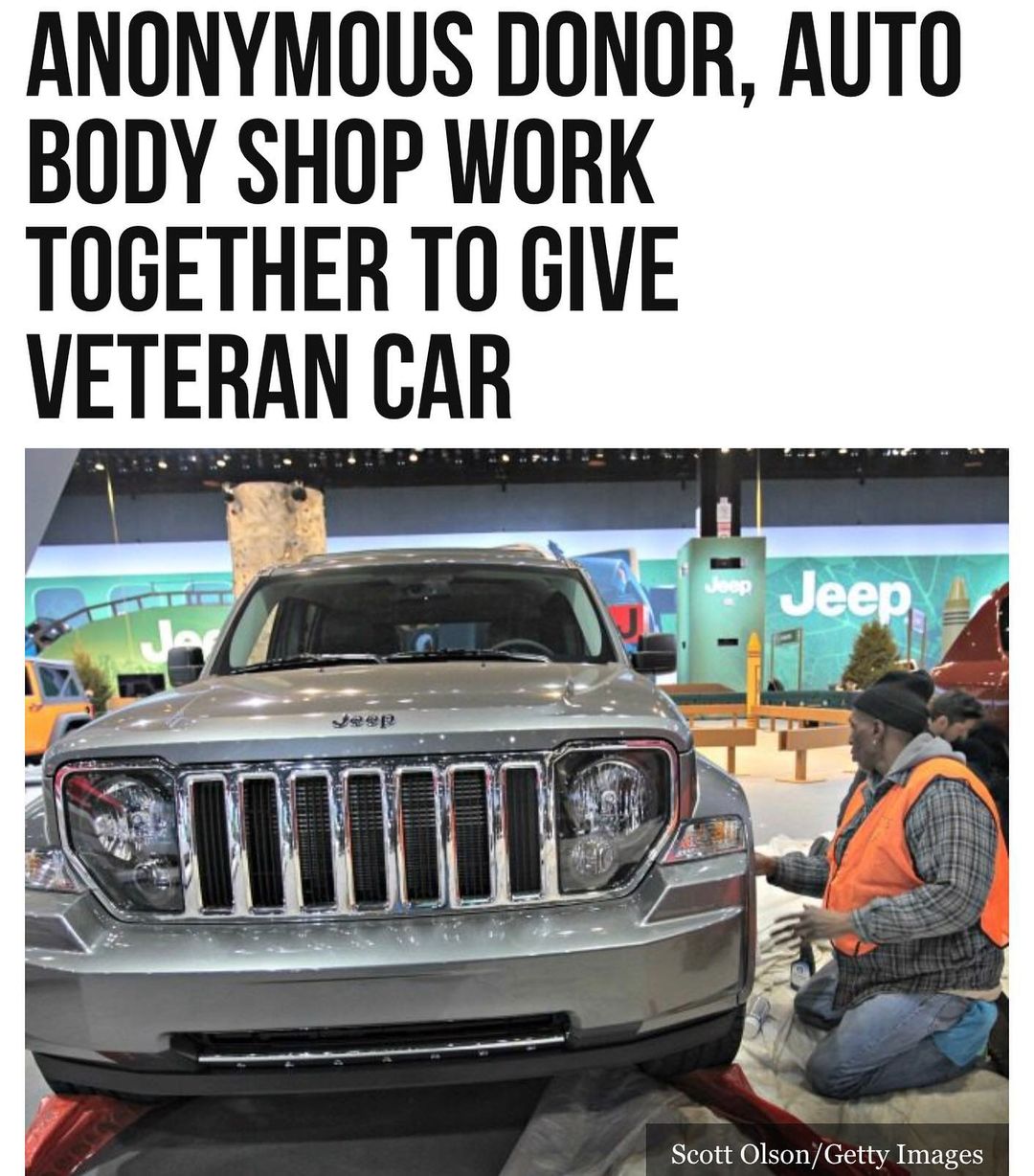 An anonymous donor and an auto body shop worked together to surprise a #veteran who gives back to his community with a car.

Eaton, who is now a veteran, is using his time to give back to his community. He cares for several elderly neighbors, driving them to their doctor’s appointments, taking them to the grocery store, and even mowing their lawns.

Although his good deeds are much appreciated, his at-risk neighbors found it hard to climb into his Ford F-150 pickup truck and go without air conditioning for very long.

That changed when Eaton was gifted with a 2012 Jeep Liberty equipped with air conditioning and four-wheel drive, so he can stay on the roads no matter what the season.

Wendy Caldwell and her husband own the auto repair and body shop that donated the car to Eaton. Caldwell said a woman whose father had passed away came in looking to donate his vehicle to someone in need but wished to remain anonymous. Caldwell said:

“As we learned more and more about her dad, we found out he was a proud Vietnam veteran. We took the vehicle, did repairs, a tune-up, tires but we really didn’t know how to give it away. So, we contacted the mayor’s office and they contacted a veteran’s organization. They gave us the name, Jerrold, who we gave the car to.”

Eaton says he has no plans on slowing down with his work now that he has a set of wheels he can rely on.

“I’m continuing to do my work for the Lord, my community, and my fellow veterans,” Eaton said. “I’m extremely blessed and happy to be that way.”

Anonymous donors have done other things to support our veterans and their families. In January, one anonymous donor gifted a $500,000 home to a military family in need through a local veteran’s organization.