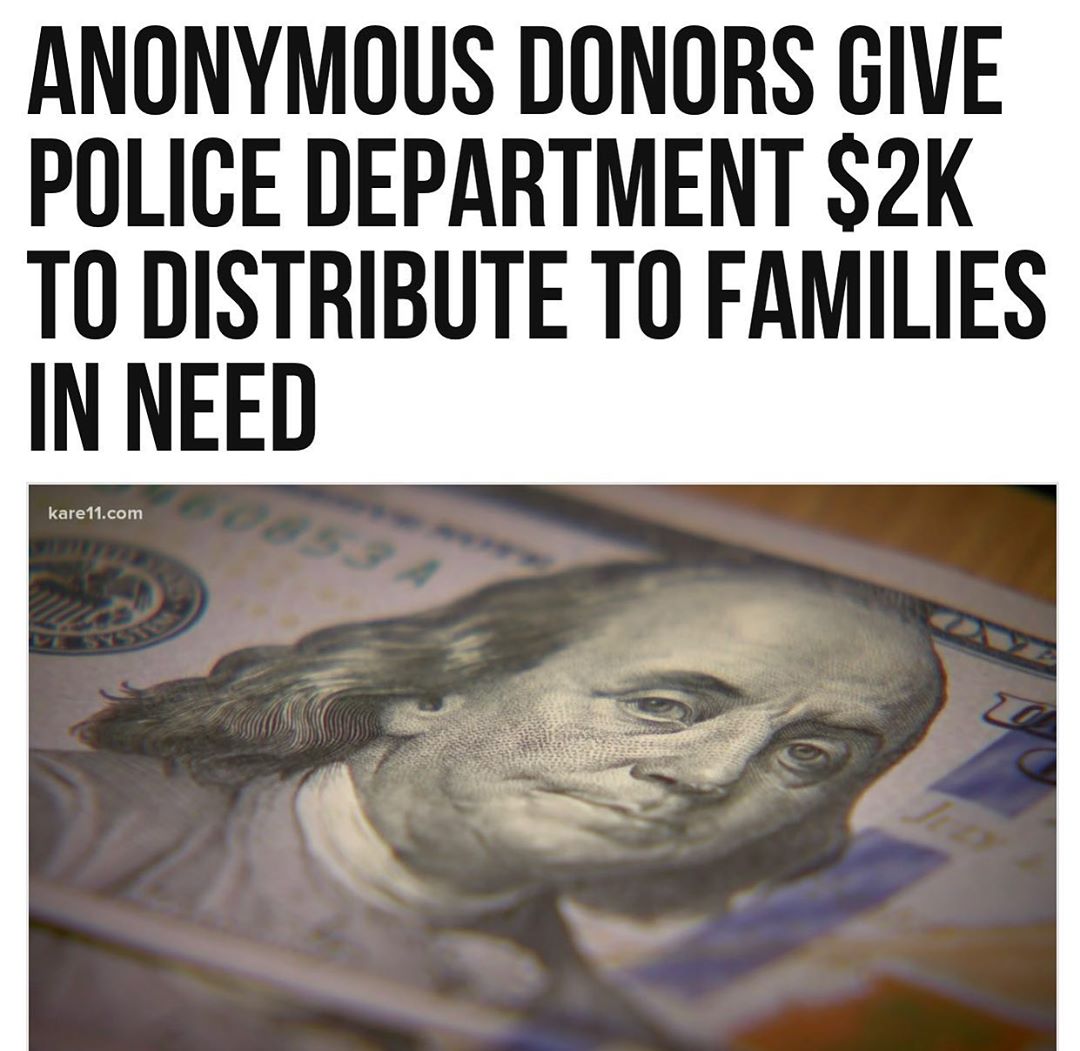 An anonymous donor couple in Big Lake, Minnesota, is making sure their neighbors enjoy the Christmas season this year. “How Amazing is This??????? This week I had the absolute pleasure to meet with our anonymous donor from the past holiday season’s,” Big Lake Police Chief Joel Scharf wroteon the department’s Facebook page Saturday.

The post continued: “If you recall from past years, this Big Lake Resident has donated funds to the BLPD to distribute to those in need during the holiday season. The donor wants to remain completely annonomous [sic], and takes complete pleasure in lifting those less fortunate up during this time of the year.” The couple gave the department $2,000 to give to community members who have fallen on hard times, according to KARE. However, there was one small catch. “One recipient will receive a gift of $500, which was provided,” the post concluded. “I don’t think it could be a better fit because you won’t find people in your community who see worse things happen during the holidays than your police officers,” Scharf stated.

Last year, Big Lake officers responded to a medical call at a home where the mother was gravely ill. “It was a very young mother that was in final stages of cancer and the kids were present,” he recalled. Before the officers left, they gave the family some of the donated money to hopefully make their Christmas a little easier.

However, Scharf did not expect what would happen next. “After mom had passed away, dad had reached back out to me and re-donated the money, plus more, and asked us to do the same for somebody else,” he said.

Other community members caught on and began donating money to the police department to help their neighbors. The total came to more than $4,000. “A lot of people don’t appreciate how much $100 dollars means to somebody but it’s huge to a lot of families this time of the year,” the chief said, adding, “It’s fun to watch the way everybody here pulls together for each other.” #binspirednews

Guidance for Beaches During COVID-19​