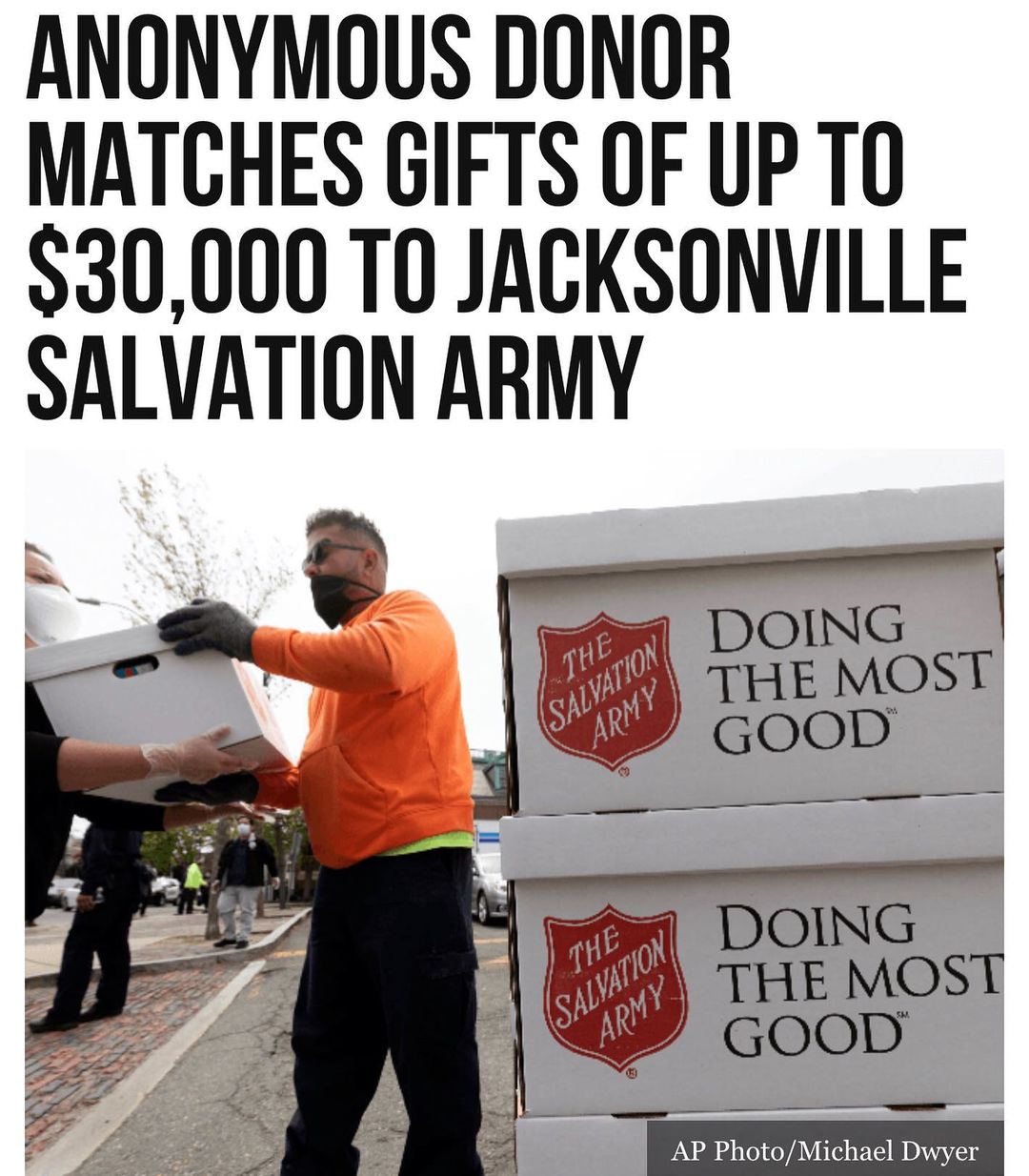 An anonymous donor is matching all monetary donations made to the #Jacksonville, #Florida, #SalvationArmy this August up to $30,000, according to the organization.

“We’re hoping that community members will help them make the most of this generous match by making a gift of any amount. Especially during this unprecedented time, the needs are much greater for those families impacted. Please consider sharing this fortunate news with the public,” the Salvation Army said in a statement.

The Jacksonville Salvation Army has had its fair share of anonymous donors who have pledged big bucks to the organization in the past.

In April 2018, an anonymous donor matched all donations made that month for up to $20,000, according to the Jacksonville Chamber of Commerce.

And in August 2016, an anonymous Salvation Army of Northeast Florida board member offered to match gifts made during the month of August for up to $20,000.

In December 2014, an anonymous donor also gave a $10,000 check to the Salvation Army of Northeast Florida, making it the largest single gift ever donated to the Red Kettle Campaign held around the #Christmas season. #binspirednews