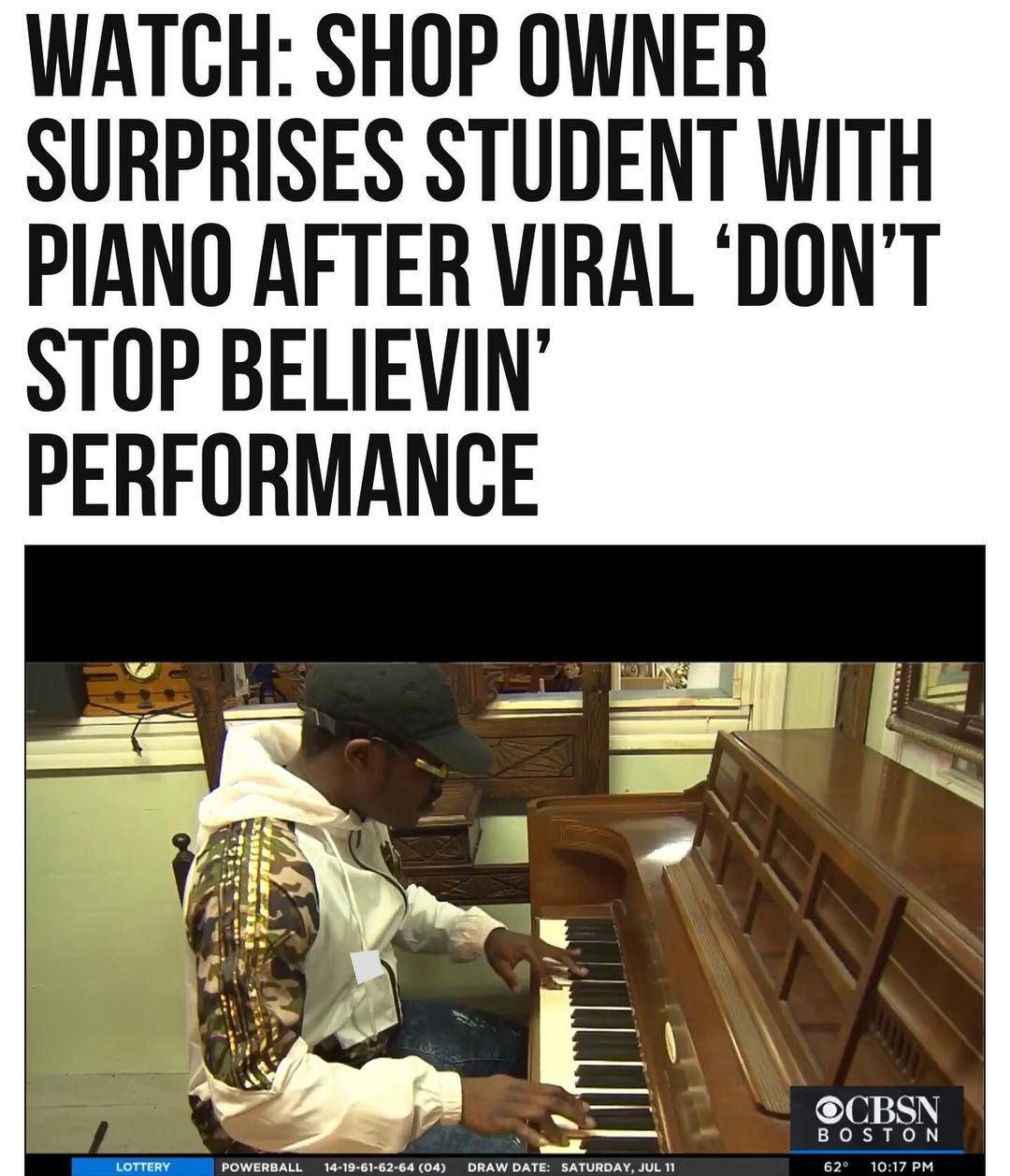 An antique store owner in #Norwood, #Massachusetts, gave a young man a huge surprise recently after he wowed everyone with his musical talent.

When 23-year-old John Thomas Archer walked into the ReMARKable Cleanouts shop and asked if he could play the piano on display, employees captured his performance on video, according to Good Morning America.

They showed the footage to owner Mark Waters, who said the young man’s rendition of Journey’s “Don’t Stop Believin’” was “fantastic.”

“He just lit up and drew a crowd,” he recalled.

The store later posted the video to its Facebook page and it immediately went viral.

Viewers were so inspired by the young man’s talent that they offered to pool their money and buy the piano for him, according to WHAM.

“Any way that this story can be shared and maybe we can do some crowd funding and all pitch in $5 or whatever people can to help bring joy to others?” one Facebook user wrote.

Although Waters did not know the musician’s name, he finally located Archer and said he would like to give him the Steinway model piano.

“Are you serious?” the Northeastern University graphic design student asked the shop owner when he heard the news.

Thanks to Waters’ generosity, the self-taught musician will be able to play the piano any time he wants.

“As long as like, people still feel joy out of my music, I’m just happy,” Archer told reporters.

Waters described himself as a giver and said when he gives to others and they smile, it makes him feel good.

“You know, if you can make somebody else happy, bring a little joy in their heart, that’s what life’s about, brother. Peace be with ya,” he told the young man as they shared a hug.

Later, Waters said he was arranging for the piano to be delivered to Archer’s residence. #binspirednews

From Philippines to Malaysia, Asia could face ‘double burden’ of dengue and Covid-19